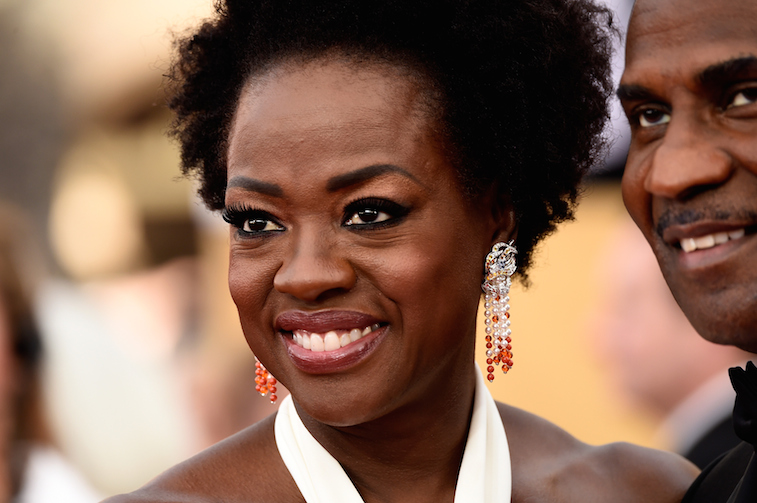 Just as HBO gets ready to release its upcoming TV movie biopic about the life of blues singer Bessie Smith, the premium network is already planning its next movie, and it wants another biopic about an important African-American female in history. Variety reports that How to Get Away With Murder star and Oscar nominee Viola Davis is developing a TV movie about the life of Civil Rights activist Harriet Tubman for the network.

Davis is an excellent choice to play the lead role, as the award-winning actress of both film and television is exactly the prestige choice that HBO looks for to topline its TV movies. The network’s movies are known for being good enough to draw the kind of talent that would normally be reserved for movies showing in the multiplex.

Variety said that Davis is executive producing the project, which is in the earliest stages of development and hasn’t been given the green light quite yet. Kirk Ellis, who has written the HBO historical miniseries John Adams, among other period projects for the network, is writing the script based on the book Bound for the Promised Land: Harriet Tubman, Portrait of an American Hero by Kate Clifford Larson. The team is looking to film during Davis’s break from How to Get Away With Murder next year.

Given Latifah’s previous Oscar nomination for another musical role, playing Big Mama Morton in Chicago, and the snippets we’ve seen from the trailer, it looks like she’s really nailed the part of Smith. Add to that Oscar winner Mo’nique playing Smith’s mentor, the blueswoman Ma Rainey, plus Smith’s volatile personality and incredible life story, and you’ve got the makings of a killer music biopic. That movie debuts on the network May 16.

Davis is currently one of Hollywood’s most successful actresses on the big and small screens. Aside from her work on Shonda Rhimes’s popular television drama How to Get Away With Murder, Davis has been nominated for two Oscars for her work in The Help and Doubt. Taking a role outside her typical dramatic wheelhouse, Davis was cast as Amanda Waller in the upcoming superhero movie Suicide Squad, which is currently filming.

Between Bessie and the as-yet-untitled Harriet Tubman project, HBO seems to be looking to African-American history’s powerful and iconic females for its next couple of TV movies. Given the rave reviews that last year’s Mark Ruffalo-starring The Normal Heart got, plus the general quality level of HBO’s Emmy-winning films, both of these are big projects to look forward to from two great actresses.