The new age of video game movies is upon us. Already, we’re seeing more attention to solid casting and skillful storytelling, with plans for a Michael Fassbender-led Assassin’s Creed adaptation already in the works. It’s the upcoming Warcraft film, though, that’s had us all asking one question: Is it finally time for a decent video game movie? Offerings like Resident Evil and Super Mario Bros. have fallen flat, and it’s led many to believe that taking games into the realm of cinema is simply not possible.

If the first trailer is any indicator, it looks as though Warcraft may be the movie to silence those doubts forever, showing us a vast, expansive fantasy epic in the same vein as Lord of the Rings. High-budget CGI may not be enough to carry an entire movie, but what we’re seeing right now tells us that we’re getting a film that will at least look pretty. Whether it can pair that with a solid story remains to be seen, but we’re at least cautiously optimistic based on what we’ve seen for far. Here’s everything we know about Warcraft, set to premiere June 10, 2016.

1. Duncan Jones will be directing 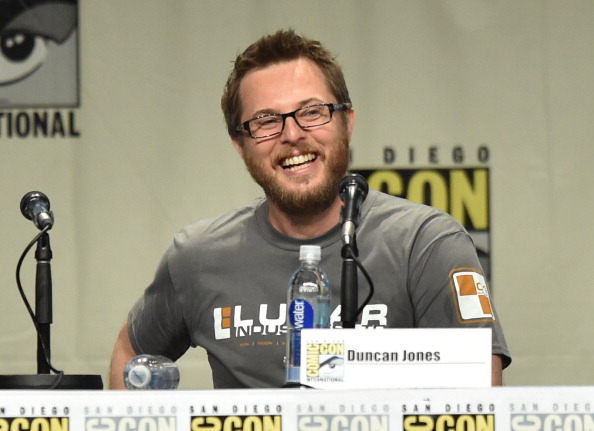 Duncan Jones’s resume may only include two movies, but that’s all it took for him to get tagged to direct and write Warcraft. Those two movies (Moon and Source Code) both scored at 89% and above on Rotten Tomatoes, proving that Warcraft is in plenty capable hands. Both Moon and Source Code were stunning sci-fi works, so this represents a logical move into the realm of fantasy, backed by the massive built-in audience of the World of Warcraft MMORPG game.

Warcraft isn’t short on big-time talent, although it does have a notable lack of the top-tier A-listers. Its main cast includes Travis Fimmel (Vikings), Ben Foster (3:10 to Yuma), Paula Patton (Mission Impossible: Ghost Protocol), and Dominic Cooper (Agents of S.H.I.E.L.D.). That group includes a whole lot of solid actors who haven’t yet been given the chance to lead large-scale franchise blockbusters, making Warcraft their chance to move up in the Hollywood pecking order.

The recently released trailer paints the picture of a fairly straightforward and familiar story: A vaguely bigoted human kingdom in a fantasy world wants to go to war with a misunderstood monster race (in this case, orcs). The heir to the humans (Fimmel) befriends an orc, and together they must stop the bloodshed between their respective sides before it’s too late. From a visual perspective, the CGI orcs look especially stunning, just barely avoiding a dive straight into the uncanny valley.

4. The world of Warcraft

Everything in this new trailer is eye candy, and it’s clear a lot of money was poured into the special effects budget. The unique world of the video game has been brought to life by the film, although there remains room for a fair amount of skepticism. The story itself seems far too similar to already-used fantasy narratives, and it’s difficult to shake the John Carter-esque feeling you get when the trailer ends: that it may be all flash and no substance.

5. Will it break the video game movie drought?

As of now, we remain hopeful that Warcraft will be the combo breaker for poorly realized video game adaptations, if only because past efforts have set the bar so ridiculously low. It won’t be hard to surpass what Hollywood’s done in the realm of gaming films up until now, so that much is working in Warcraft‘s favor. Having a skilled writer/director like Duncan Jones on board certainly doesn’t hurt its chances either. We’ll withhold most of our judgment until we find out more, so for now, color us tentatively hopeful.