‘Warcraft’: Only for Die-Hard Fans of the Games

With several high-profile video game films hitting theaters this year, many within the fan and critical community have pondered whether 2016 will mark a turning point for film adaptations of beloved gaming franchises. Filmmaker Duncan Jones may have led the way with Warcraft, the ambitious fantasy epic based on the long-running game series from Blizzard Entertainment. After all, the games (and supplementary novels, comics, manga, and tabletop games) have cultivated a devoted following going all the way back to 1994, and its best-selling entry — 2004’s massively multiplayer online role-playing game World of Warcraft — was nothing short of a phenomenon. Jones’s film then aims to expand out that core fanbase to mainstream audiences, with decidedly mixed (at best) results.

Warcraft, as its title implies, hinges on a pending battle between orcs and humans, a conflict that is complicated by the recent splintering of the orcs by the power-hungry Gul’dan (Daniel Wu). Meanwhile, the humans — led by King Llane Wrynn (Dominic Cooper) and the warrior Sir Anduin Lothar (Travis Fimmel) — are mounting their forces to protect their land from the orc invasion. Along the way, an orc named Durotan (Toby Kebbell) and a mysterious wizard Medivh (Ben Foster) play key roles in the struggle as well. As far as exactly what is happening or why, your guess may be as good as ours. 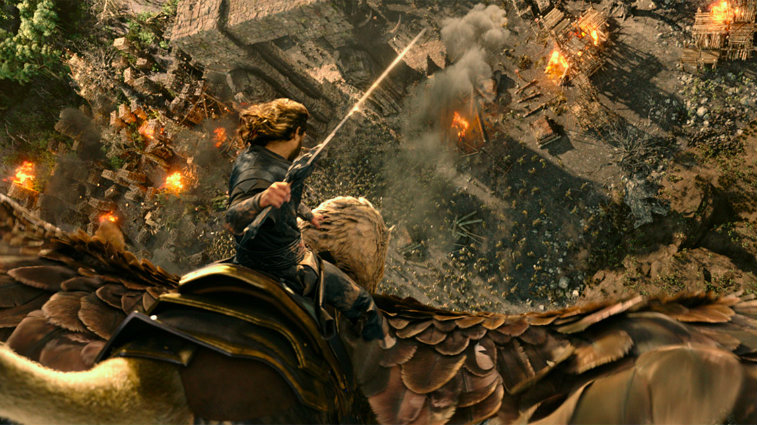 For anyone going into Warcraft without any foreknowledge of the games and their mythology, the film has little interest in explaining the status quo. In many cases, this approach can prove to be an asset, as too much exposition can often weigh a story down, but with so many characters, locations, and mystical powers to establish, Warcraft never truly escapes the weight of its own narrative. In fact, the film will likely feel to newcomers like little more than a blatant attempt to craft a Lord of the Rings-style adventure out of a bunch of unintelligible gobbledygook, regardless of how many Easter eggs the film incorporates for fans or how true its essence may be to the games.

The performances throughout range from wooden — Paula Patton in particular has maybe two expressions in her arsenal here as the orc/human hybrid Garona Halforcen — to egregiously erratic (looking at you, Foster). As the ostensible leading man, Fimmel doesn’t offer an interesting enough hero to elevate the film around him, and Preacher co-stars Cooper and Ruth Negga are both wasted in superficial roles far beneath their respective talents. As it turns out, Kebbell — who wowed as the villainous Koba in 2014 hit Dawn of the Planet of the Apes — is the standout performance here, proving that he is a rising motion-capture star. Despite the CGI inherent in the role, the actor manages to transcend it at moments throughout and bring an appropriate amount of dread to the character. 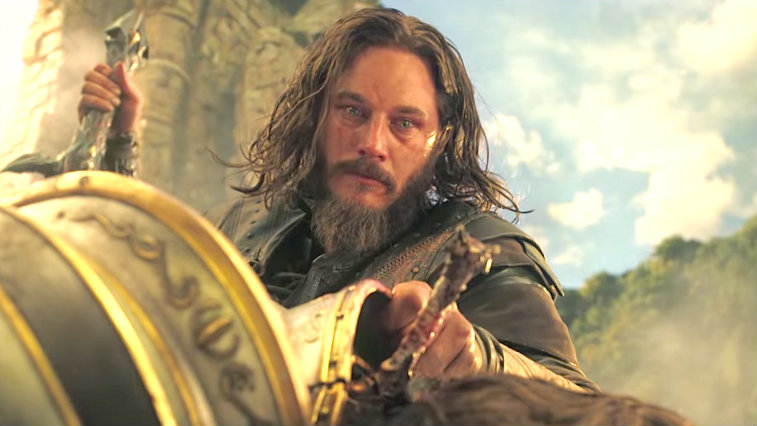 Durotan himself may, in fact, prove to be the film’s visual highlight as well. As moviegoers might expect, much of the fantasy world of Azeroth relies on all-CGI environments, and characters like Durotan have such a photorealistic look that handily dwarfs what was shown in the film’s trailers. Yet, whenever an epic sequence involving hundreds of characters inhabiting a single frame hits, Warcraft brings all the excitement and emotional connection of watching another person play a video game. Too frequently these scenes feel like overdone moments torn right from the source material (not a compliment, at least for the uninitiated), and rather than seamlessly drawing viewers into the story, they effectively alienate audiences who may already be lost in the convoluted plot and underdeveloped characters.

While not a disaster of Dungeons & Dragons proportions, Warcraft doesn’t make a compelling case for why video game films may be due for a Renaissance. Historically, this model has given way to cinematic embarrassments like Super Mario Bros. and Alone in the Dark, and at this point, Assassin’s Creed stands as the only chance left for the genre to stage a comeback this year. After neither Ratchet and Clank nor The Angry Birds Movie offered worthwhile films, Warcraft has now tarnished Jones’s filmography. Here’s hoping that the director behind underrated sci-fi thrillers like Moon and Source Code can get back on track and leave the bloated CGI world of Azeroth to a less promising talent.