Was it Hard Raising Kids in the White House? Michelle Obama’s ‘Becoming’ Reveals Her Happiest Memory as First Mom

It’s not easy being a mom. The stress that comes with raising kids often falls heavily onto the matriarch, and whether you’re bringing up sons or daughters, it’s bound to be a lifelong string of both good and not-so-good moments.

All this doubles — maybe even triples — when you’re married to the president of the United States. Moving young kids into the White House — and the spotlight — puts extra pressure on everyone. But according to Michelle Obama, there are still plenty of good moments worth remembering.

In her book Becoming, the former First Lady wrote in detail about her daughters, and the many anxieties and hardships that came along with raising them almost directly in the public eye. 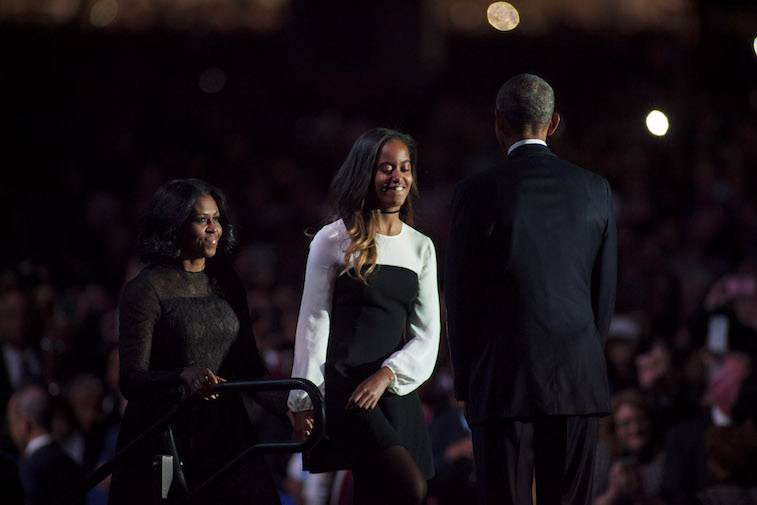 Malia was 10 when the Obamas moved into the White House. Sasha was 8. It’s hard to wrap your head around anything at that age, let alone what it means that your dad is now the most powerful man in the country and you’re moving into a really big house.

Almost a decade later, both are finding their way in the world. Sasha is now a senior in high school and in the process of applying to colleges (good luck!).

After taking a gap year, Malia, now 20, started college at Harvard and is now in her second year. She recently appeared in a friend’s music video.

The girls got through both of their dad’s terms in office just fine. But what was it like for them growing up without much privacy outside their home?

What is it like to grow up in the White House?

Obama dedicates many pages of her memoir to detailing both the ups and downs of moving a family across the country to the most famous address there is. Like any mom, she spent a lot of time worrying about her daughters. Unlike most moms, she carried around extra layers of anxiety about their safety.

Though the girls technically had an entire mansion full of staff that served them, they still had chores and responsibilities and did their homework every night like most kids their ages.

Growing up is hard enough. It’s a bit more complicated when your dad is the president of the United States. But according to their mom, both Malia and Sasha learned to make it work, managing to establish their own identities even as everyone made assumptions about them and their family.

The Obamas had eight years to learn, grow, and bond with one another and as a whole family. One of Obama’s proudest memories as “First Mom” is one she shares with her oldest daughter.

Escape from the White House 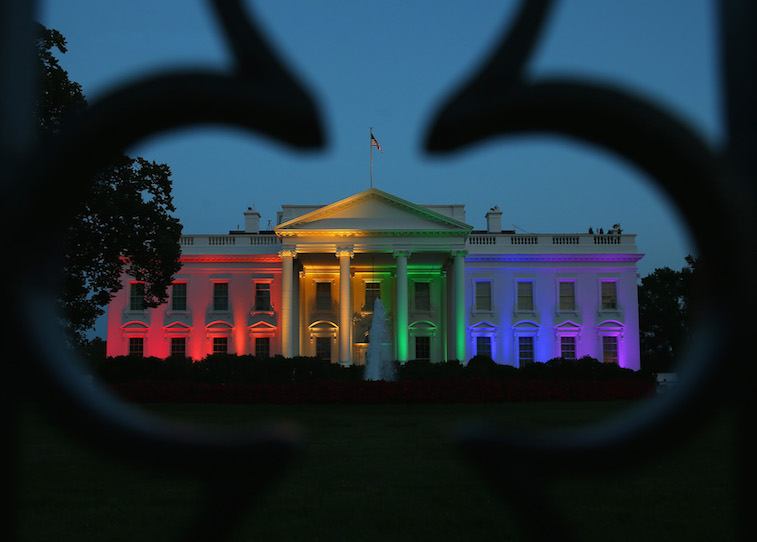 Rainbow-colored lights shine on the White House to celebrate the US Supreme Court ruling in favor of same-sex marriage. | Mark Wilson/Getty Images

The night the Supreme Court officially recognized gay marriage as legal across the United States, the White House displayed rainbow lights in the colors of the pride flag. A crowd gathered at the gates, and though the First Lady couldn’t join them, she still wanted to see the lights with her own eyes.

To get a full view of the display, she knew she would have to go outside. But even though she did not want to go alone, she also did not want the familiar trail of Secret Service agents behind her.

So Malia and her mom quickly formulated a spontaneous escape plan.

Obama writes: “The normal protocol was that we check in with the Secret Service agents posted by the elevator anytime we wanted to leave the residence … Malia and I just busted past the agents on duty, neither one of us making eye contact.”

The agents did catch up with them eventually. But the pair still insisted on going outside. So they were allowed to slip through a side door and venture out for a moment neither would soon forget.

“It had taken us ten minutes to get out of our own home,” she recalls, “but we’d done it. We were outside, standing on a patch of lawn … out of sight of the public but with a beautiful, close-up view of the White House, lit up with pride.”

Obama and her daughter proudly shared that moment, knowing their time under the same roof — THAT roof — would soon come to an end. They’d been through a lot together over the past seven years, hitting plenty of rough patches along the way. But this moment, as with many others, was good.