Today, fans got a glimpse into the life of Taylor Swift, moment-by-moment, as AT&T released a trailer for the singer’s new streaming channel. After watching, some fans may wonder whether the “old Taylor” can’t be completely dead, as the video is full of silliness, including Swift spilling food on her shirt, stealing cookie dough from the fridge, and beating up comedian Andy Samberg after the two collide in a hallway. All of this happens in between Swift spending time recording music in the studio.

The ad promotes AT&T-DirecTV’s “Taylor Swift NOW” on-demand video service and the singer’s new album “Reputation.” In the ad, Swift and Samberg take part in a caricature-drawing contest, a thumb war, and what the narrator describes as an “unbelievable, choreographed fight sequence.”

A well-known cat lover, the “Look What You Made Me Do” singer also baby-talks with her cat Olivia Benson in the video. She also took to Instagram to add further kitty footage:

Some real tough questions I had for Olivia.

“Taylor Swift NOW” is described as a channel providing fans with a look inside the singer’s life, including content that spans over her entire career. “Each chapter is packed with never-seen original videos and commentary from Taylor herself, as well as concerts, special events, and behind-the-scenes footage,” AT&T said, as reported by Digital Spy. 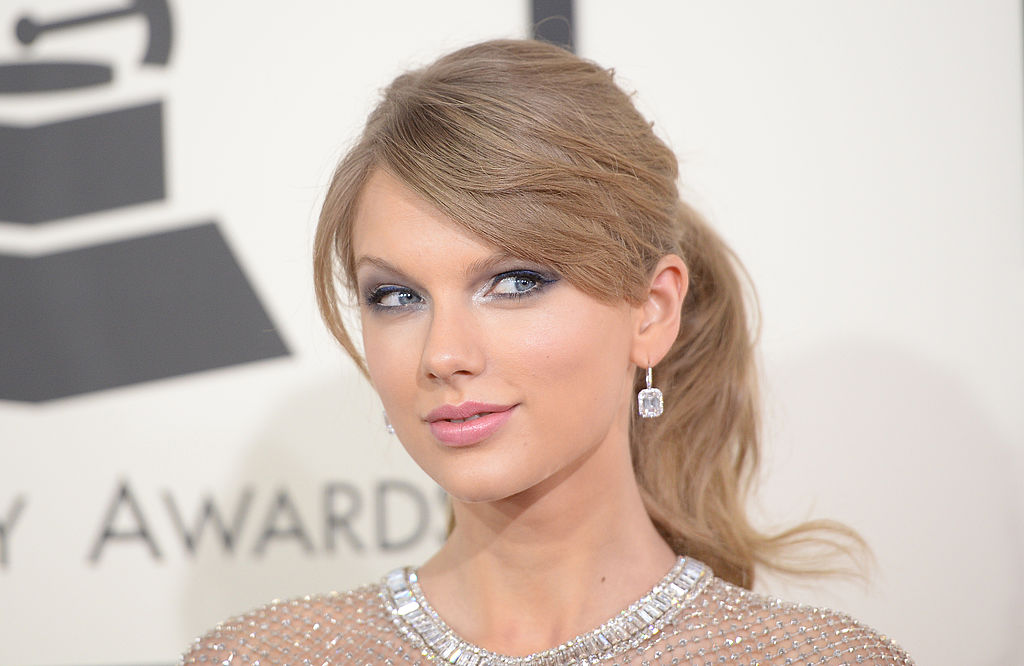 Singer Taylor Swift arrives on the red carpet for the 56th Grammy Awards at the Staples Center in Los Angeles on January 26, 2014. | Robyn Beck/AFP/Getty Images

The streaming service is launching as Swift rolls out songs that compile her album “Reputation,” set to release Nov. 10. To date, she has released two of the songs from the upcoming album.

In related news, a group of Taylor Swift fans calling themselves “Swifties” have pointed out on Twitter that the singer has spent the 13 consecutive days at #1 on the Worldwide iTunes song chart.