Petty passed away Monday at UCLA Medical Center after suffering cardiac arrest in his Malibu, Calif. home. The rocker was 66 years old. 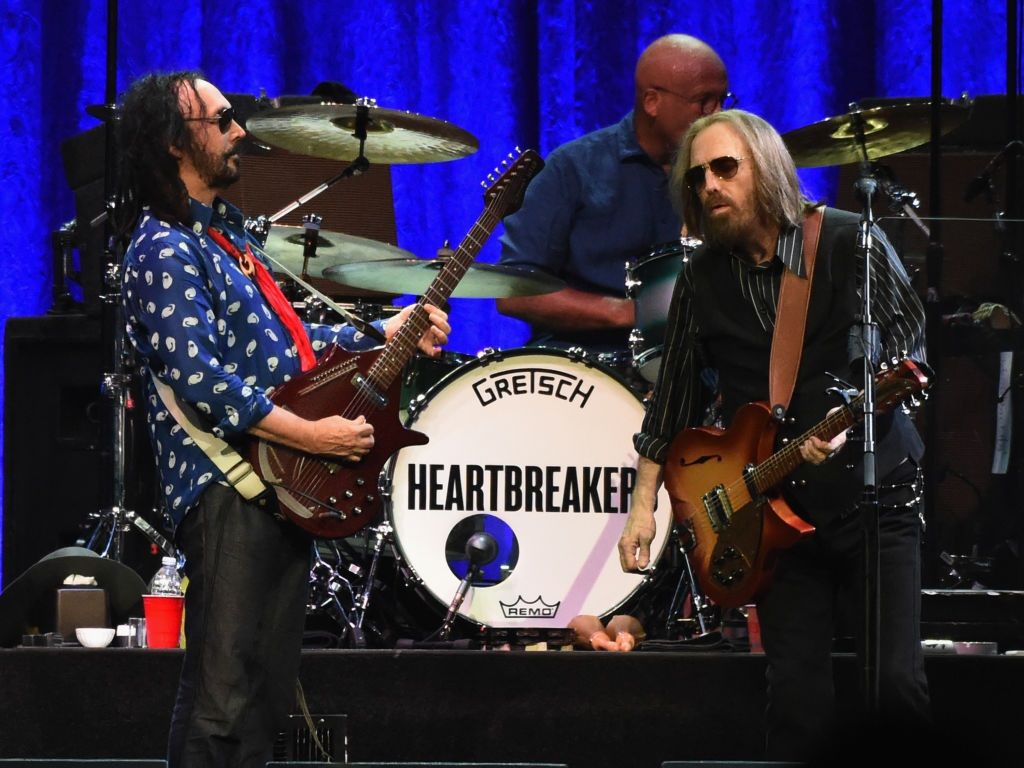 Tom Petty of Tom Petty and the Heartbreakers performs during their 40th Anniversary Tour on April 25, 2017 in Nashville, Tenn. | Rick Diamond/Getty Images for Sacks & Co.

Coldplay embellished the song slightly at the end by repeating the “Free Fallin’” chorus softly as the audience sang along.

Prior to playing the tribute at the Moda Center, the band took a minute of silence to honor the victims of Sunday’s mass shooting at a concert in Las Vegas.

“This evening’s Portland show began with a minute’s silence. The entire arena lit only by people’s phones,” Coldplay tweeted. “When words fail, sometimes quiet is the most eloquent.”

This evening's Portland show began with a minute's silence. The entire arena lit only by people's phones.
When words fail, sometimes quiet is the most eloquent.
R42 pic.twitter.com/HvrbO8l56y

“I would be remiss if I didn’t say that we are all playing with heavy hearts tonight, not only about Vegas, but just losing somebody we’ve loved so much who has inspired us … We’re playing in Tom Petty’s memory. We’re going to play a song that I guess in some ways is inspired by … the way he played. I just was a big fan,” Crowe said.

She and her band went on to play “If It Makes You Happy,” from her 1996 self-titled LP.

In a series of tweets Monday, Crow shared her thoughts about Petty and the Las Vegas shooting. “This is unbearable. Vegas and now a great music hero has passed. You brought us so much joy @tompetty. We will miss you. I feel like today, the music truly died. Can’t go see/hear music and be safe and one of the greats just passed.”