How the ‘Power Rangers’ Movie Is Different From the TV Show

Nostalgia continues to run rampant in Hollywood, and with each passing week, it only becomes more and more obvious that the 1990s are returning in a big way. While Disney’s live-action Beauty and the Beast is likely to remain one of the highest-grossing films of 2017, another cultural phenomenon from the same era is being reconfigured as an ongoing film franchise. That’s right: Power Rangers is back.

We’ve discussed at length our thoughts on the casting of Elizabeth Banks as the Rangers’ original arch-nemesis Rita Repulsa, but now that the film’s release is nigh, the time is right to take a closer look at the many differences between the new film and the television series on which it is based. Directed by Dean Israelite (Project Almanac), Power Rangers retells the story of how the “teenagers with attitude” became the formidable superhero team that endured on television for more than 20 years.

1. Teasing the next move 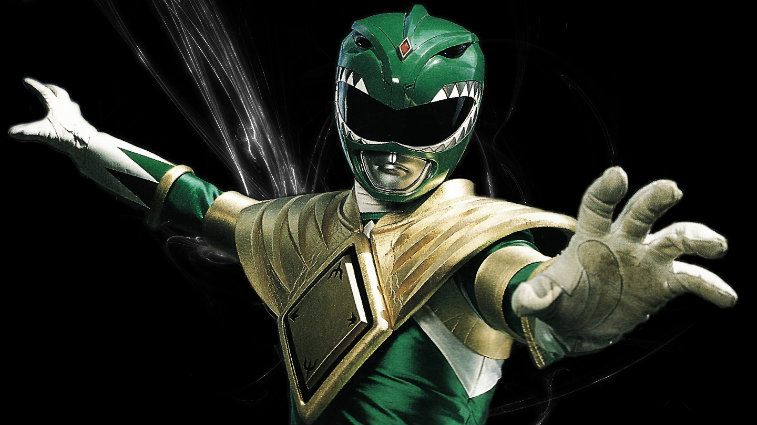 While the new film follows the same general framework of the show’s pilot episode, it does so in the current golden age of superhero films. Nowadays, every major release that is based on a comic book seems to have its eye on a franchise, and Power Rangers is no different.

It may not be a Marvel Cinematic Universe film, but we encourage viewers who are eager to see where a potential sequel will go, to stay put during the credits. Longtime fans of the series could probably guess what the natural progression will be, however.

2. The return of Bryan Cranston 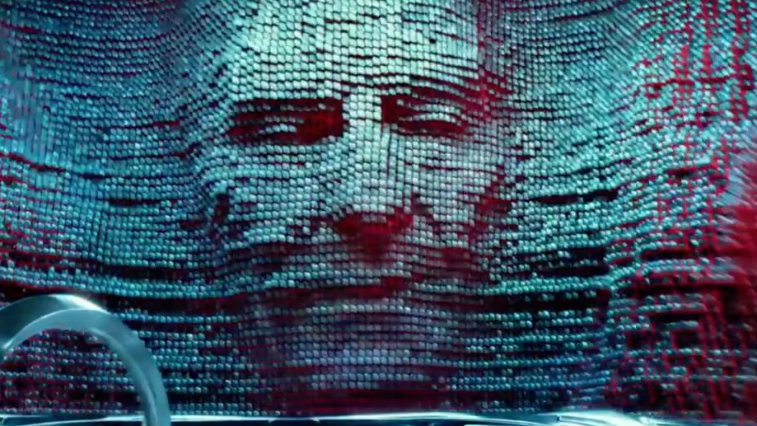 Early in his career, Bryan Cranston — yes, he of Breaking Bad fame — provided the voices for a couple of one-off villains during Mighty Morphin Power Rangers. So it serves as a nice tribute that the actor should return to the franchise as the Rangers’ mentor, Zordon. Of course, we’re not saying that Cranston’s roles as Twinman and Snizard led to him landing the plum role of Walter White, but it’s a fun nod to the franchise’s history to see Cranston return to the fold for this new incarnation.

3. More diversity than ever before 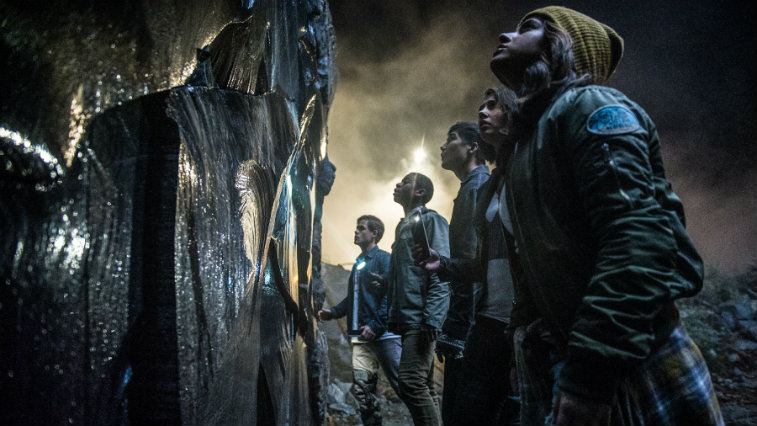 Right from the outset, Mighty Morphin Power Rangers had an eye on diversity, with its five lead characters all representing different ethnic groups and backgrounds. However, the new film takes that commitment to the next level. In addition to featuring a diverse group of teens, Power Rangers features the first gay superhero on the big-screen as well as another Ranger who falls squarely on the autistic spectrum.

In a time when diversity is discussed openly perhaps more than ever, it’s heartening to see the franchise up the ante in that regard.

4. A new cast for a new generation 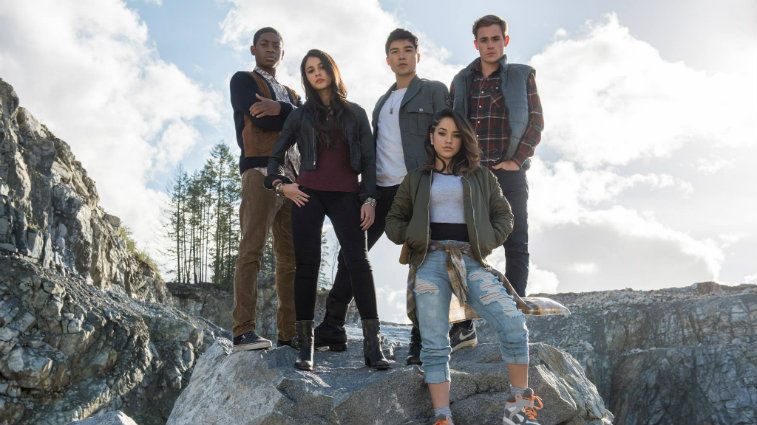 Whereas 1995’s Mighty Morphin Power Rangers: The Movie retained the then-cast of the television series, the reboot nature of the new film means that a cast of fresh faces must now occupy the roles of Jason, Kimberly, Zack, Trini, and Billy. Just as the show made stars out of actors like Jason David Frank and Amy Jo Johnson, Power Rangers may very well do the same for stars Dacre Montgomery, Naomi Scott, and RJ Cyler.

5. Darker in tone than the series 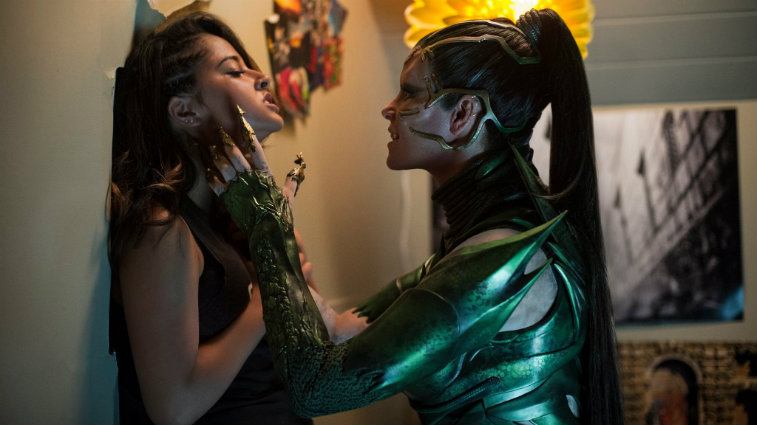 Throughout its decades-long run on television, the Power Rangers TV series reveled in a sort of campy, over-the-top tone that made it an instant smash with younger viewers. However, in order to remain competitive with the flood of superhero properties today, the movie will take things in a darker direction, with the stakes of life or death feeling more prevalent than ever before. 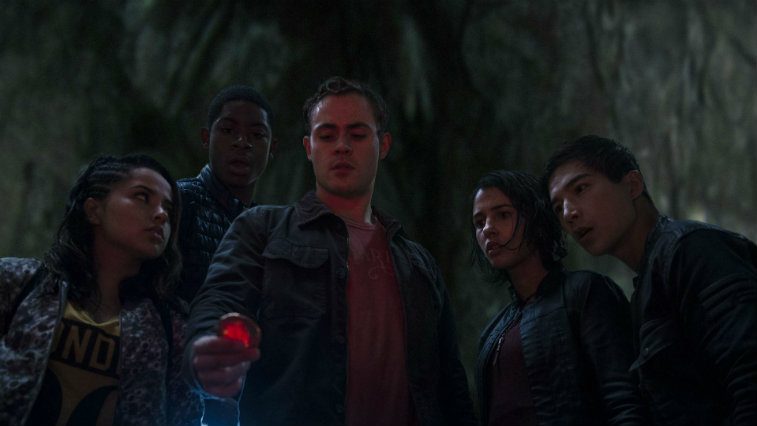 While a tale of five teenagers who are imbued with mystical powers and control shape-shifting robots modeled after dinosaurs will never feel truly real (nor should it), Power Rangers goes to great lengths to establish the home lives of its heroes and ground the more fantastical elements of thee story. The film uses an earthier aesthetic that feels more believable than the ultra-polished sheen of the television series.

7. Redesign across the board 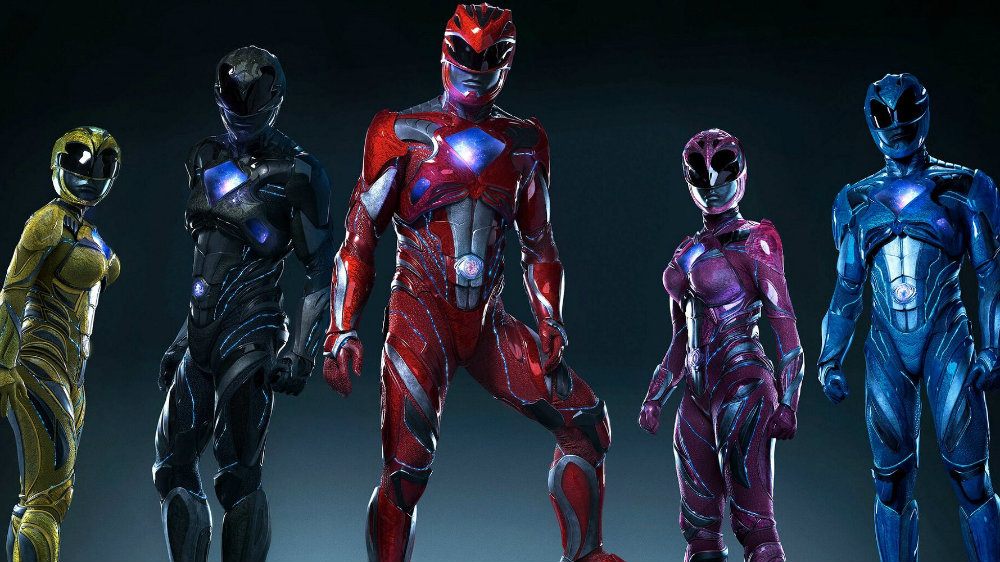 All of the television series’ hallmarks remain in place in Power Rangers. The color-coordinated suits, the Zords, the Power Coins, and all the rest of the heroes’ trappings are present and accounted for. Yet, in keeping with the darker, more realistic approach (see above), it has all been drastically redesigned.

Rather than wearing spandex, the Rangers are outfitted in armored suits akin to Iron Man, and the glossy command center is now a downed spaceship. Whether you appreciate or begrudge these changes may depend on how much of a purist you are in regard to the original television series. 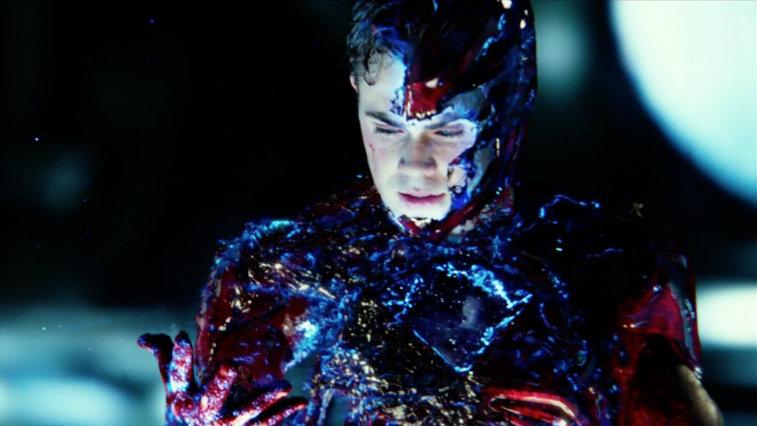 On Mighty Morphin Power Rangers, most of the characters were already skilled martial artists (or trying to learn … looking at you, Billy) before they were selected by Zordon to become superheroes. In this incarnation, holding the Power Coins gives them superhuman abilities even when they’re not suited up.

No doubt this is one of the many decisions that have led some to consider the new film a little too influenced by Chronicle and The Amazing Spider-Man. Nonetheless, it opens up the story’s possibilities and distinguishes the new version from its forebears. 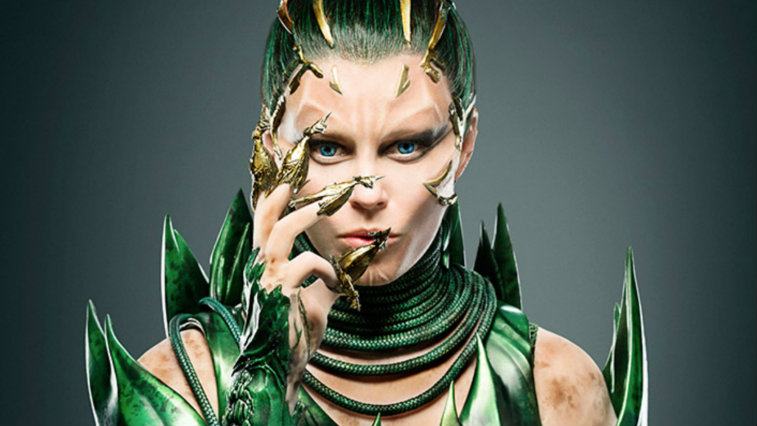 Without delving too much into spoilers, let’s just say that Rita has a much closer connection to the Rangers in this version than she ever did in the original television series. In the latter, she was simply a sorceress from space who was hellbent on conquering Earth.

Given that this power-hungry motive has been heavily criticized in many recent superhero films, Rita’s deeper reason for wanting to take down Zordon and his Power Rangers makes the new version infinitely more emotionally complex. 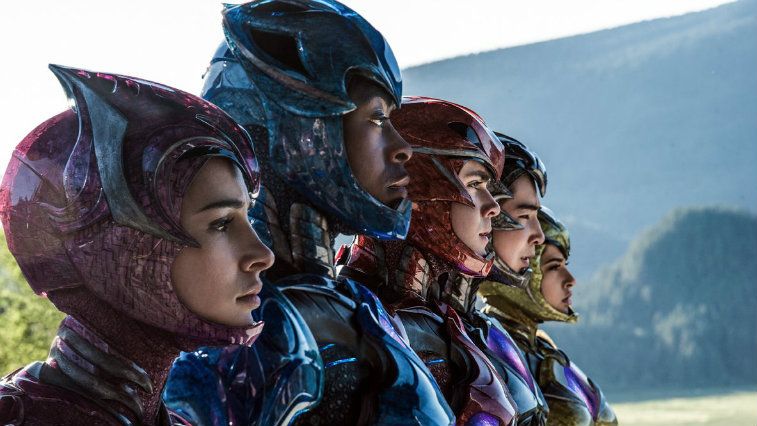 The biggest reason that longtime fans may take issue with Power Rangers is its completely retooled origin for the Rangers. Rather than a group of good-hearted, community involved teens, the Rangers are transformed into a group of relative outcasts who only really connect because they stumble upon the Power Coins. It’s Mighty Morphin Power Rangers by way of The Breakfast Club.

For some viewers, this will be a refreshing new take, but others will likely be thirsty for the way the team was originally portrayed.