Wesley Snipes May Be Making a Comeback With ‘Endgame’ 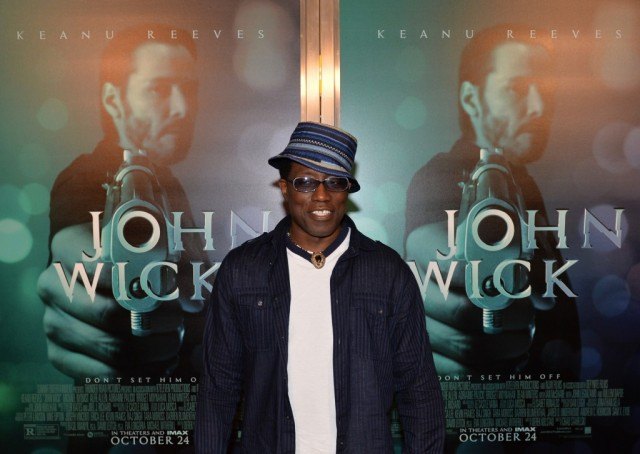 Wesley Snipes is heading to broadcast television. Though the actor hasn’t been seen in many projects as of late, it seems the Blade trilogy star may now be on the verge of a comeback, having just nabbed a starring role in NBC’s drama pilot, Endgame.

According to Deadline, Snipes has been tapped to join the cast of the developing thriller, which hails from The Blacklist producers John Davis and John Fox. Written by The Librarians‘ John Rogers, Endgame is set in the high-stakes world of Las Vegas, following sniper-turned-security expert, Alex (played by Strike Back’s Phillip Winchester), as he is drawn into a conspiracy that forces him to complete a series of daunting challenges in order to save numerous innocent lives.

Snipes will reportedly play Johnson, a “pit boss” of the game that Winchester’s character is caught in. Per Deadline, Johnson is described as an analytical, unshakable and mysterious figure, who keeps an eye on the big picture, but is also capable of cleaning up a mess when things spiral out of control.

The role sounds like a potentially good match for the former action star, who hasn’t been particularly busy on the film front, following his three-year prison stint for tax evasion charges. After starring in a string of direct-to-video releases, the actor returned briefly to the big screen in last year’s The Expendables 3. He has yet to appear in any other feature film since then, but as announced back in October, he’s reportedly attached to star in an upcoming remake of the 1961 crime-drama Five Minutes to Live.

Should Endgame make it past the pilot stage, it would mark Snipes’ first gig as a series regular in over two decades. The actor previously held a lead role in the short-lived 1990 ABC cop drama H.E.L.P. Also included in his past TV credits are guest starring roles in episodes of Miami Vice, Bernie Mac and The Days and Nights of Molly Dodd.

While the potential series will mark his biggest foray into TV for quite some time, the actor has actually been working on returning to the small screen for a while now. According to The Hollywood Reporter, Snipes was in prolonged negotiations to play the character of Lucious Lyon in Fox’s new hit Empire, last season. The actor reportedly wasn’t able to strike a deal with the network and the role eventually went to Terrence Howard.

Whether Endgame will get picked up to series and kick off a career resurgence of sorts for the actor remains to be seen. The pilot seems to be off to a promising start though, landing notable leads in Snipes and Winchester. Damon Gupton (The Divide, Empire) was also recently cast in the project. The actor is set to play Cal Brown, Alex’s friend and a Las Vegas Police detective.

For NBC, Endgame is one of several anticipated drama pilots in development this season. The network is also working on Blindspot, produced by The Flash’s Greg Berlanti and starring other formidable names, Jaimie Alexander and Sullivan Stapleton. Other recently cast pilots include The Curse of the Fuentes Women, starring Adan Canto, Rachel Ticotin, Katie Sarife, Game of Silence featuring David Lyons, Michael Raymond-James, Larenz Tate, and Warrior with Natalie Martinez, Will Yun Lee, and Lance Gross. Unveiled, Heart Matters, and Love is a Four-Letter Word are also in development.