5 ‘Westworld’ Characters That Are Totally Screwed

Spoilers ahead for Westworld!

Like no other show before it (except for maybe Lost), Westworld instigated some next level fan intrigue. Throughout the first season, fans have been throwing out their best guesses as to who’s who and what’s what. Who is the Man in Black? What happened to Arnold? Are we dealing with multiple timelines? Where is the maze? What role does Dolores play?

As promised, the Season 1 finale wrapped up all these lingering questions with a neat bow. “The Bicameral Mind” ran for over 90 minutes and in that time, all (well, most) of our lingering questions were answered, while creators Christopher Nolan and Lisa Joy left enough intrigue for fans to anxiously await Season 2.

However, heading into the second season, the power dynamic between the hosts, guests, and park management has shifted, and suddenly characters who seemed in control are not. And those we thought to be safe, now find themselves at their victim’s mercy. With that in mind, let’s take a look at the characters on Westworld who are totally screwed in light of the Season 1 finale.

Now that it’s been revealed that the Man in Black and William are one and the same, as are Dolores and Wyatt, the power dynamic has shifted. The episode closes with the newly updated hosts storming toward the Man in Black, with one shooting him in the arm, successfully hurting him. Even if he survives the attack, now that Dolores has found the end of the maze (her consciousness) and remembers everything the Man in Black has done to her, there’s no way she’s going to let him get away. She’s got her gun, her new Wyatt-infused personality, and the ability to fight back (and kill). In the season’s last few episodes, Dolores went from damsel in distress to a force to be reckoned with.

Not only is she physically in danger, as she and the Delos board are stuck in the park with Dolores and a slew of newly aware hosts, but Charlotte is professionally screwed. In addition to getting rid of Dr. Ford, she wanted to roll back the hosts for the protection of the park’s guests. Unfortunately for her, Ford unveiled his new narrative and it clearly wasn’t what she had in mind.

With the new narrative in place, the hosts are able to fight back and kill the park’s visitors (including Charlotte herself). Who (except for the Man in Black) would want to vacation there if it could mean they’ll never get out alive? Plus, with it recently revealed that William (the Man in Black) is the head of Delos and the majority owner of Westworld, it’s obvious that he won’t go along with Charlotte’s desire to dumb down the hosts. 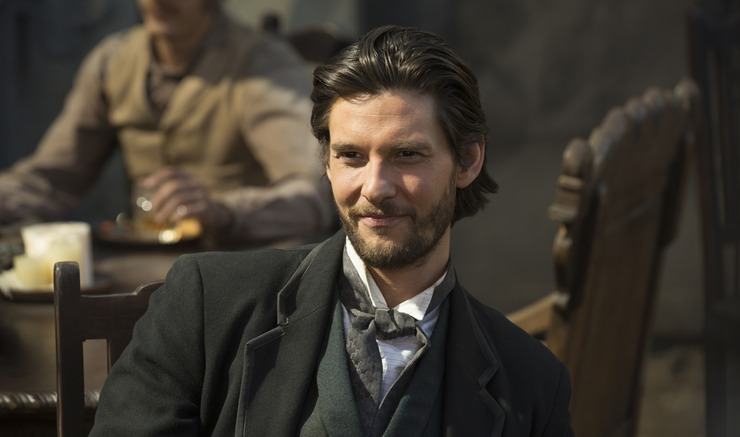 Last time we saw Logan he was naked, tied to his horse’s saddle, and sent off into the unknown by William. In addition to being physically vulnerable, William also threatens to take over Delos, Logan’s family’s company. His success is confirmed through the Man in Black’s real-time narrative, as the Man in Black (William) is revealed to be the head of Delos and majority owner of Westworld. However, in the current timeline, Logan is nowhere to be seen.

Whether Logan will get home alive is something Season 2 will have to sort out. Regardless, one thing’s for certain: Things don’t look promising for Logan.

4. Every visitor currently in the park

Now that Dr. Ford released his new narrative — topped off by his own murder at the hands of Dolores — it’s clear that no one is safe. The episode closes with Dolores shooting into the crowd as her gang of newly aware hosts march toward the party.

With the hosts’ consciousness within reach (or already obtained) and memories seemingly intact, what would be more natural than for them to seek revenge on the people who have tortured, raped, and killed them for decades? The park’s visitors, especially those with a long history in Westworld, are about to reap what they’ve sown.

One of the show’s standout stories is Maeve’s. She seems to have taken control of her life by using her increased intelligence to manipulate the human techs, and get Armistice and Hector to help her escape the park.

However, shortly prior to her escape Bernard reveals that someone had altered her code and planned this new narrative for her, leading us to believe that she hasn’t been operating on free will, but in another human-controlled loop. Her decision to get off the train and go back in the park (presumably to find her daughter), makes us wonder what her narrative has in store for her. Will she be able to find her daughter and escape yet again? Or was her decision to return to Westworld part of her new doomed narrative?