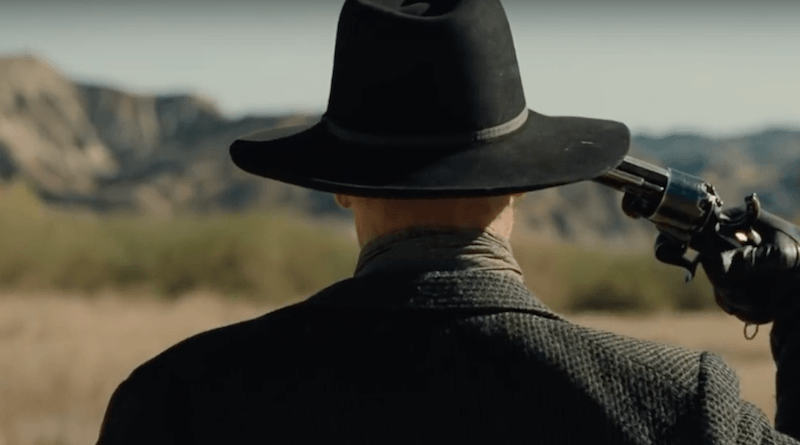 Westworld has revealed yet another surprising twist about the park, but as it turns out, the co-creator of the series basically gave it away on Reddit two months ago.

The Season 2 episode “Vanishing Point” seems to reveal that in Westworld, the cowboy hats are used in order to scan guests’ brains. Emily asks William, “You’d need to image their minds throughout their stay. Where’s the scanner?” He responds, “It was built in,” pointing to his hat; Emily then takes off her hat in shock.

Well, back in April, co-creators Jonathan Nolan and Lisa Joy took questions on Reddit ahead of the Season 2 premiere, and one user asked whether they would pick the white hat or the black hat if they visited the park. Joy replied, “I’d be wary of those hats in general.”

Never had the show really suggested that there was anything nefarious going on with the hats. But that’s certainly what Joy was implying with her comment. In fact, she provided a big enough clue that at least one person figured it out. User cfryant responded in the original thread by saying, “…because? What do they do, scan your brain?”

Months later, fans are now looking back on this comment chain and realizing that not only did Joy essentially give away a big twist way in advance, but a user was able to predict what she meant with surprising accuracy.

This Reddit Ask Me Anything was the same one in which Nolan and Joy said that if fans wanted, they would spoil the entire second season of Westworld ahead of time. This turned out to just be a giant Rick Roll. But little did fans know that the series’ creators actually did spoil something elsewhere in that same AMA.

In addition, the hat reveal also might have been foreshadowed at South by Southwest. Heavy points out that at the SXSW Westworld Experience, attendees were told there would be some Season 2 clues. Guests wore custom cowboy hats for this experience, and inside the hats was a slot where they could store a card. Some of the hats had clues inside them that you could use to win prizes. Could this have been hinting that in the show, the hats held some sort of clue?

Overall, fans have had mixed reactions to the hat reveal. It certainly raises a lot of logistical questions, considering not everyone we meet in the show wears a cowboy hat; certainly, nobody in any of the other parks does. But it’s possible there are other methods for scanning guests than just the hat one. It’s also possible that the Man in Black was not being truthful and that we shouldn’t take the hat reveal seriously.