‘Westworld’ Season 2: Everything We Know So Far

The sun had barely set on Season 1 of HBO’s hit show and fans were already eagerly looking for information on what’s coming in Westworld Season 2. To say that the finale ended with a bang would be an understatement. Several big mysteries were resolved — like who the Man in Black is, and what happened to Arnold. And with Ford’s last narrative, an exciting and frightening new era began in the park.

HBO ordered a second season of Westworld weeks before the first wrapped up. So we know we’ll get a chance to see what happened to Dolores, Maeve, Bernard, and many of our other favorite characters. We don’t know much about what to expect in Season 2 — at least not yet. But the series’ stars, as well as its creators Jonathan Nolan and Lisa Joy have offered up some information about where the series is going next. Here’s what we know so far.

We’ll get a glimpse of the other parks

Samurais may be on their way to Westworld. | HBO

Fans of Michael Crichton’s original 1973 film, Westworld, probably weren’t surprised to learn that Delos runs other parks. Even those who weren’t acquainted with the lore surrounding the film — or the fact that it featured other theme parks — were prone to wonder if there was more to Delos’ enterprise than the debaucherous and dangerous Old West. So it was intriguing when Maeve, Hector, Armistice, and Felix encountered what appeared to be the behind-the-scenes goings-on of a Samurai-themed park during the season finale. When Maeve inquired about what they’d just walked through, Felix could only say that it was “complicated.”

According to the series’ creators, we’ll get some information about the other parks in upcoming episodes. When asked about exploring places like Samurai World, Jonathan Nolan told The Hollywood Reporter, “One of the aspects of the original film that we loved is the idea that this is a place you can go where you can engage in whatever fantasy you want.” His partner, Lisa Joy, added, “We will ultimately encounter other worlds.”

Next: These violent delights have violent ends.

The hosts’ journey to awareness is just beginning

Much of Season 1 of Westworld revolved around the park’s hosts reaching a more coherent consciousness about their reality and purpose. While the season ended with Ford activating all of the hosts’ toward a sentient mindset, it’s safe to say we haven’t seen the last of their journeys toward discovery.

Westworld‘s creators told Entertainment Weekly that fans can expect to spend a good part of Season 2 watching how the hosts explore their new reality. “We’ve looked at the hosts trying to become aware of the reality of their situation and who they are. To hear their own voices,” Joy said. “Now the thing we get to explore is once they’ve heard their own voices and once they’ve embraced who they are, what choices will they make?”

For fans who fear the series might land more on the cerebral side in Season 2, Joy promised that there’s still plenty of visceral action ahead. “They were steeped and raised in violence. These violent delights did indeed have violent ends … And I think we’re going to see how that pendulum swings going forward.”

Next: A lot will remain the same.

The storytelling method won’t be changing

In Westworld‘s Season 1 finale, a long-discussed fan theory was finally confirmed. We’d been watching multiple points in time side-by-side, or out of order. William and Logan’s time in the park took place 30 years before Ford began to put his final narrative into place. This nonlinear storytelling method wasn’t just designed to shock viewers when it was finally revealed. It was meant to help us get a feel for what hosts like Dolores were going through mentally.

Jonathan Nolan told Entertainment Weekly that he and Lisa Joy plan to continue to tell Westworld‘s stories in a unique fashion.

The show is not about people, it’s about these creatures whose cognition and understanding the world around them is markedly different from ours. And it suggested a form of storytelling that — hopefully in a pleasurable way — allowed the audience to find themselves in at the deep end in our story. As every season moves forward, the audience hopefully has more of a connection to our hosts and how they understand the world.

Next: Here’s who will be returning in Season 2.

We know many characters who are coming back

We already know that when a character dies in Westworld they aren’t necessarily gone. Hosts can be resurrected, and even humans can find a second life in host form. That means it’s even harder than usual for fans to glean who may or may not return for Season 2. There are a few that seem like sure bets, like Dolores, Teddy, Bernard, and Maeve, all of whom we saw in the trailer.

We’ve had some clues that others will be coming back, too. Ed Harris, who portrayed the Man in Black, has indicated that he’s on board, and a shot of him in the trailer shows a wounded, but living older William. And a finale post-credits scene showed that Armistice was still alive and kicking, despite getting trapped in the Delos labs.

Even characters that seemed unlikely to return could end up playing a role in Season 2. Some fans have picked up on hints from Westworld‘s official website that Elsie may still be alive after all. Jimmi Simpson, who played the younger version of William in Season 1, has said he doesn’t believe he’s coming back, but we now know that’s not the case.

But Nolan and Joy didn’t rule out his — or anyone else’s — return. The creators even went so far as to insinuate that Dr. Ford, who was killed by Dolores in Season 1’s closing moments, could be back in some form.

Next: The wait has been agonizing.

We’ve had to wait a long time

Someone very wise once said that the truth hurts. When it comes to finding out about when we can expect to see new Westworld episodes, that’s especially true. That’s because the second season of the series has been a long time coming.

In late 2016, HBO Head of Programming Casey Bloys announced that Westworld likely would not return until late 2017 or early 2018. It’s not just because they enjoy keeping us on the edge of our seats, though.

Nolan and Joy have said on multiple occasions that planning the series takes a great deal of time and effort. In fact, they had to halt production midway through Season 1 to suss out plot details. The production itself is elaborate and labor intensive, with large-scale sets and plenty of special effects. And both the network and the series’ creators want to make sure they get everything right.

Next: The wait is almost over.

But now, the time has come 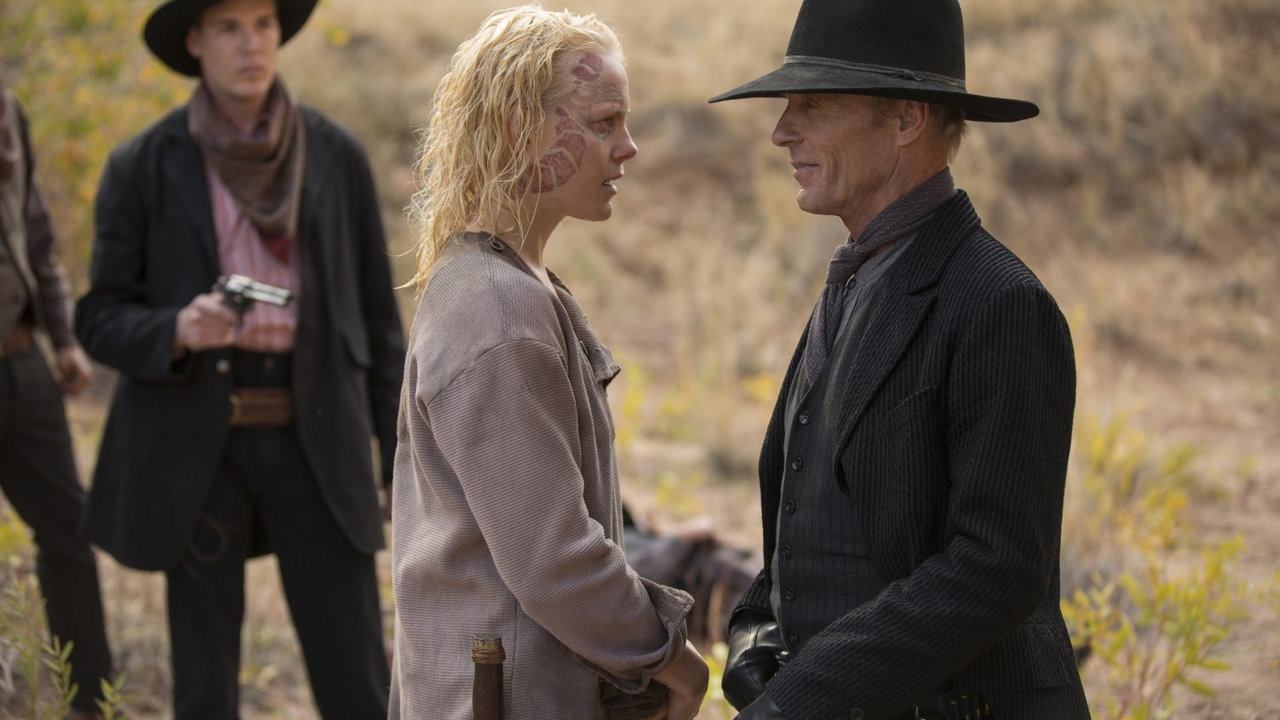 After an agonizingly long 2017, during which we were given an exciting teaser trailer and an approximate release date, 2018 has arrived, and we now know as much as we’re likely to learn before the premiere. The show will return on April 22, 2018, and continue for 10 episodes.

Next: The Super Bowl brought us a thrilling new trailer.

It’s the dawn of a new era 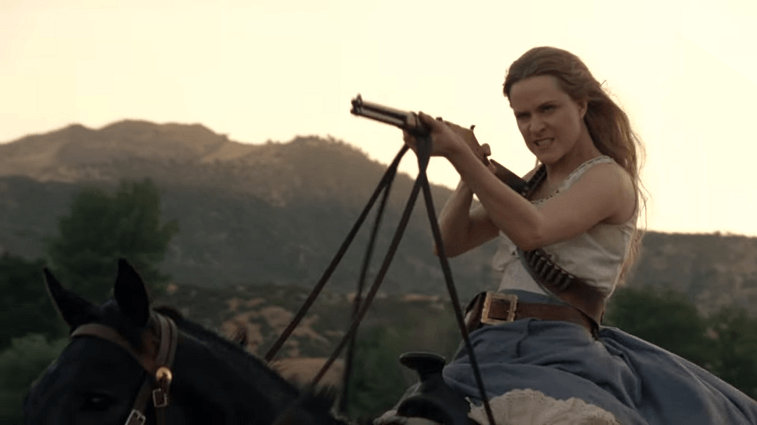 During Super Bowl 2018, a brand new full-length trailer dropped. And there is a lot to unpack here.

Though no real secrets are revealed, there are a lot of hints as to what’s to come this season. Dolores narrates, of course, talking about how she and the other hosts are done living by the rules of the humans around them. There is quite a bit of violence, and several intriguing shots of our favorite characters experiencing new things. Whatever is on the horizon, it’s going to be exciting.