‘Wet Hot American Summer’ Season 2: What We Know So Far

It’s almost time to return to Camp Firewood. Netflix is moving forward with its sequel series, Wet Hot American Summer: Ten Years Later, the follow-up to both the 2001 original flick and last year’s TV revival, Wet Hot American Summer: First Day of Camp. With production now officially underway, more details about the show are starting to surface. Here’s everything we know so far about the upcoming season.

1. It will pick up where the original movie left off

As its title suggests, Wet Hot American Summer: Ten Years Later will take place a decade after the end of the cult film, when the entire crew vows to meet up again in the future and see what kind of people they’ve become. The show will follow along as the gang makes good on that promise, again returning to Camp Firewood for their 10 year reunion.

Netflix paid homage to the film scene in its official announcement of Wet Hot American Summer: Ten Years Later, as seen above.

2. The entire star-studded cast will return 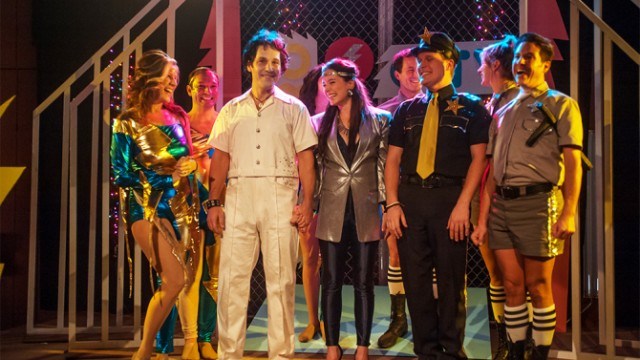 Some of the cast’s more recent additions, Kristen Wiig, Chris Pine, Lake Bell, and Josh Charles (all of whom played new characters in Season 1), are also expected to return for the Ten Years Later reunion.

3. It will introduce more new characters

Season 1 of Netflix’s Wet Hot American Summer added a slew of new characters into the mix and it looks like Ten Years Later will do the same.

According to Deadline, Mark Feuerstein (Prison Break, Royal Pains) is set to join the ensemble as a new character, described as “a friendly, hard-working guy and a core member of the group who has definitely always been there every step of the way. In the ten years since that infamous summer, he’s now a powerful business man, successful and in love.”

Alyssa Milano has also signed on to play a regular role in the upcoming season, although Deadline reports that details on her character are being kept under wraps for now.

Jai Courtney has also joined the cast. Per Deadline, he will play Garth MacArthur, a suave, indie movie darling who is about to become a household name. Garth is recognized wherever he goes, but his eyes aren’t on the fans. He’s mad about Susie (Poehler) and wishes she would agree to take their relationship beyond “friends with benefits.”

4. David Wain will once again direct

Wain, who helmed both the original Wet Hot American Summer film and the freshman season of Netflix’s revival, will return to direct all eight episodes of the series’ forthcoming season. He will also pen the script once again, alongside original co-writer and cast member, Showalter.

The Ten Years Later sequel has already started production, as recently confirmed via Twitter by star Michael Ian Black. Like last season, the show will film around the demanding schedules of the cast’s many stars. Netflix has yet to announce a specific premiere date, but the series is expected to kick off sometime next year.