What Are Comedian Samantha Bee’s Most Famous Roles and Her Net Worth? 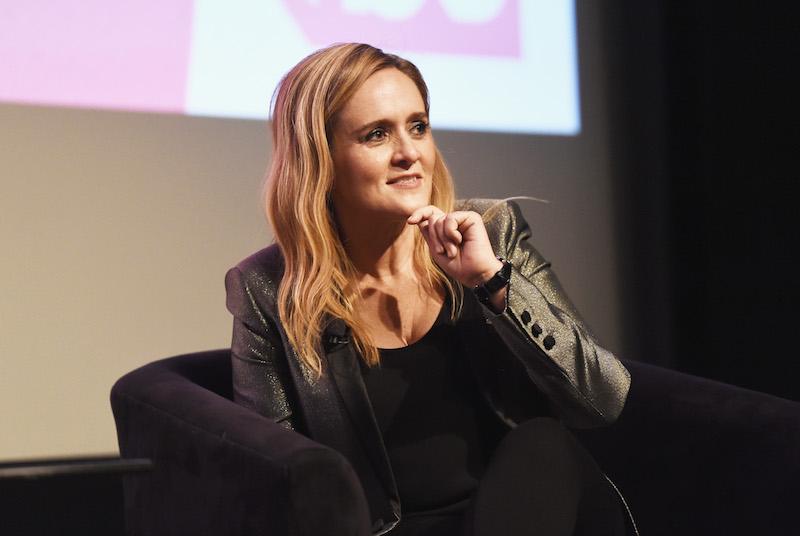 Those of you who champion more women in late-night TV no doubt love watching Samantha Bee’s show Full Frontal on TBS. Despite being in the basic cable canyon (where Conan still is), Bee’s visibility is continually strong thanks to various media. She’s also left an indelible mark in proving how women should be working more often on late-night TV.

A Canada native, Bee has had a solid entertainment career in America for over 15 years. She’s made some movies and worked on other TV projects before becoming the queen of late-night on basic cable.

Take a look at her other roles and what she’s earned up until now.

During her early days, Bee nurtured her comedy chops in Canada by joining a sketch comedy troupe called The Atomic Fireballs. This was an all-woman group, developing her ability to think on her feet in any comedic situation.

After a few minor roles in Canadian television, she managed to land a prestigious gig as a correspondent on Jon Stewart’s The Daily Show in 2003. She was the first female correspondent on the show until Kristen Schaal joined five years later.

From the beginning, Bee displayed her innate ability to bring an edgy comedic situation while doing interviews with real people. As she’s still known to do, she often makes the controversial interview subject look absurd. It’s a quality many other Daily Show correspondents did (like Stephen Colbert).

What Bee made during her 11 year-run on the show wasn’t widely reported. During this time, she started nurturing many roles in film and TV before being offered Full Frontal.

The first film Bee acted in was a 2004 Canadian comedy called Ham & Cheese. While only third-billed, it was a reminder that Canadians are the funniest people on earth, including making (usually) funny movies.

Bee was nominated for a Canadian Comedy Award for this performance in 2005.

It took another three years before she appeared in another film. It was in the flop Underdog where she played a small role as a principal.

Other minor comedic roles started in quicker succession, like Mike Myers’ The Love Guru, Whatever Works, and even an uncredited cameo in Date Night. In 2015, she had a memorable small role in the Tina Fey/Amy Poehler comedy Sisters.

She has yet to star in her own film, likely because she’s focused so steadily on her TV work. More recently, she’s been doing voice work in a couple of independent animated films. 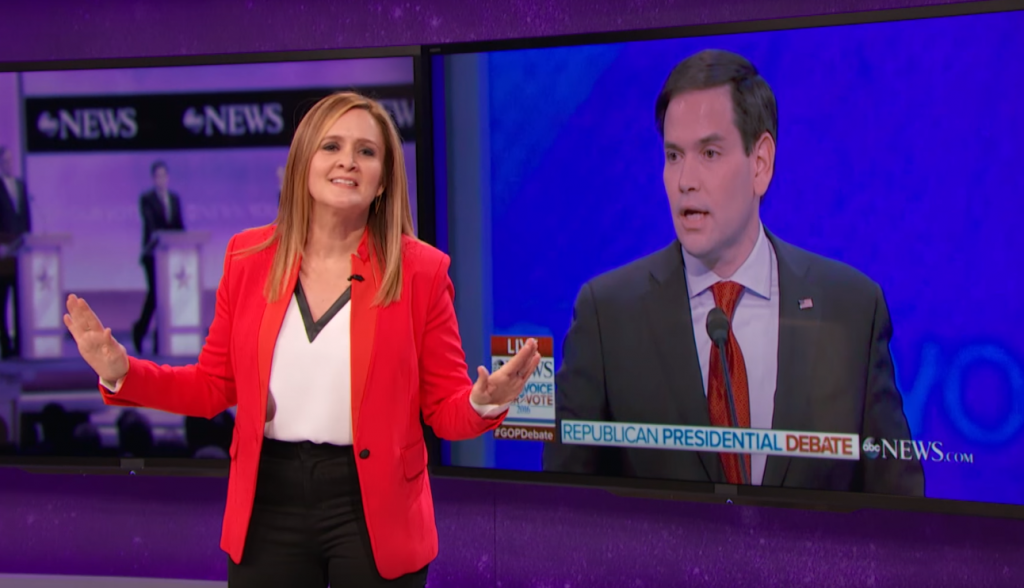 Samantha has appeared as a guest star on numerous American and Canadian TV shows since 2003. You’ve seen her on Law & Order, Sesame Street, and doing voice work on Bob’s Burgers as just a few.

TBS even gave her and her husband (fellow comedian Jason Jones) an American comedy series called The Detour. Already in its fourth season, it’s become a hit in parodying the foibles of traveling and family relationships.

What is Bee’s net worth?

According to official sources, Bee is worth $7 million as of 2018. Even though this is a smaller net worth than some celebrity comedians, it’s likely just the beginning of her earning potential.

During her time on The Daily Show, she had a bestselling book called I Know I Am, But What Are You? proving how expansive her media empire could become.

We all know Samantha Bee has had her share of controversies hosting Full Frontal since its debut in 2015. Yet, it’s placed her in the forefront of being one of the most biting political comediennes on TV.