What Changes Is Vince McMahon Bringing To WWE Raw?

Ratings for Monday Night Raw have reached an all-time low. With 2.29 million viewers on December 3 and 2.19 million on December 10, Vince McMahon announced he would be appearing on the December 17 edition of Raw to “shake things up.”

McMahon’s appearance definitely gave the ratings a boost, as the biggest audience since October tuned in to see what the chairman had in store. He opened the show Monday night, boasting that the series’ ability to “change with the times” was the formula for its long-running success. In a rare display of humility for McMahon, he admitted that he could no longer maintain the show’s success on his own.

The McMahon Family is ‘taking back’ WWE

Fans quickly learned who McMahon had in mind to help him, as Stephanie McMahon, Shane McMahon, and Triple H joined him in the ring. As the family stood side-by-side, Stephanie humbly explained that WWE had done a poor job of listening to what fans wanted. That was going to change, she assured fans, effective immediately.

“As of now, the four of us will be taking back Monday Night Raw,” Triple H announced, as Shane added that the McMahons would also be taking control of Smackdown. “And, more importantly, we’re going to give you what you want,” Triple H promised.

Triple H told fans that they could expect “something new, something fresh. In the coming weeks and months, you will be seeing new faces, new superstars, new matchups.” WWE delivered on that promise quickly, as a video montage began playing shortly after Triple H’s speech. The video teased the addition of six new faces, all of which have been called up from NXT.

Lars Sullivan, EC3, Lacey Evans, tag team Heavy Machinery, and Nikki Cross were all included in the video. It’s unclear at this time whether the NXT call-ups will be added to Raw or Smackdown’s roster, or if the new additions will be divided between the two shows.

An unprecedented match becomes an empowering moment for Natalya 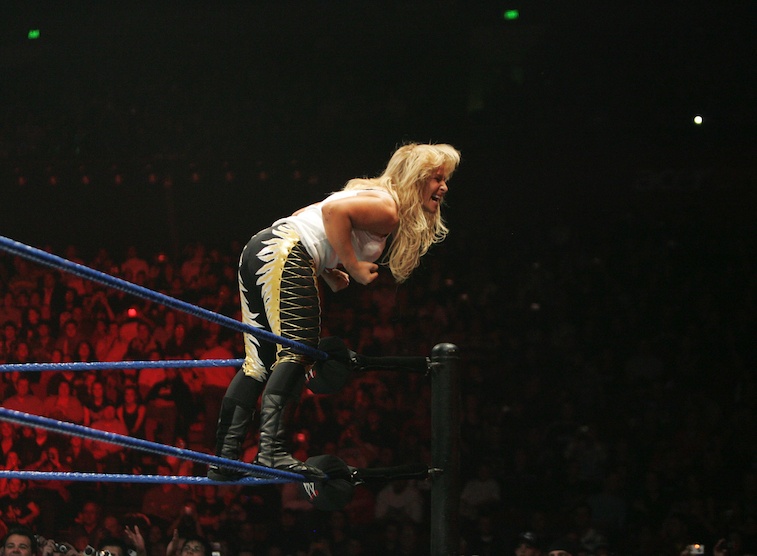 Stephanie confessed that WWE was guilty of suffocating its superstars, but vowed to empower them from now on. This promise could have major implications for two of Raw‘s superstars, Natalya and Ronda Rousey.

A surprise eight-woman gauntlet match was held Monday night to decide who would challenge Rousey’s title in next week’s match. Natalya was declared the victor after she eliminated Ruby Riott, Ember Moon, and Sasha Banks. The gauntlet match was a show of good faith in itself, delivering new matches just as Triple H promised; never before has WWE ever held a gauntlet match to decide a number one contender.

After besting Riott at the TLC pay-per-view and winning Monday’s gauntlet, Natalya is enjoying the biggest run of her career at the moment. Next week’s title match will make the second week in a row that she has main-evented Raw. Regardless whether Natalya wins or loses next week’s match against Rousey, being viewed as a worthy opponent of arguably the biggest name in women’s wrestling will net The Queen of Harts priceless credibility amongst her peers.

Should Natalya win next week’s match, it would afford Rousey the chance to slow down for a second and catch her breath as well. WWE writers have pushed Rousey’s storylines hard since she made her debut earlier this year, which could be exactly the kind of thing Stephanie was alluding to when she said they had been suffocating their superstars. Overexposure could cause fans to quickly lose interest in Rousey. Even The Baddest Woman on the Planet needs a break sometime.