Critics and supporters alike came out on Twitter for Mariah Carey in the wake of her Monday VH1 Hip Hop Honors performance, during which she sang but did not dance, as men dressed as sailors danced around her. The pop princess attempted to recreate her 1997 hit video “Honey.”

The performance featured cameos by Jermaine Dupri and Da Brat. After a body double for Carey slid down a building on the set, the real singer was carried on stage by men, and she unzipped her outfit to reveal a black and gold jumpsuit. From there, she proceeded to sing her song on a gold-plated jet ski and then sitting inside a chopper. She did it all with a big smile on her face. 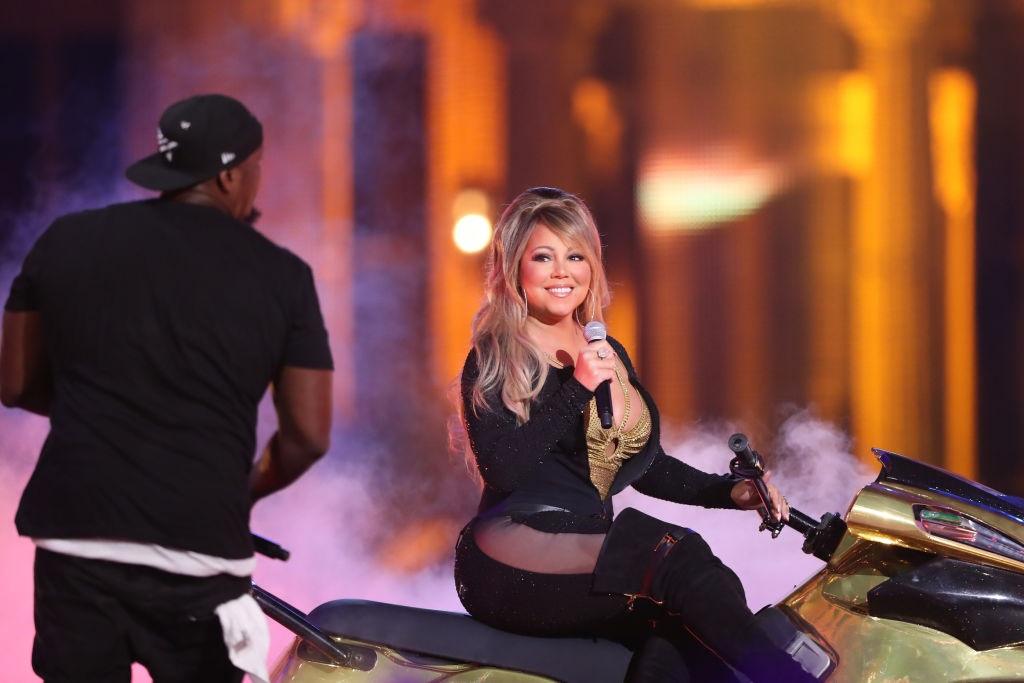 Those who caught the performance provided opinions aplenty:

Mariah Carey is such a lazy performer, like damn can you two step or something #HipHopHonors pic.twitter.com/DlWkOyevzQ

That VH1 Hip Hop Honors was dope as hell. Well except Mariah Carey she needs to never perform again.

Writer Shameka Sanders from Hello Beautiful was one who enjoyed the performance. “All in all, Mimi sounded decent and gave us what we all came there for, a delightfully bad time,” she wrote.

Carey’s performance Monday was a throwback of sorts, for those old enough to remember. “Honey” was the 1997 debut single from Carey’s 20-year-old, sixth album Butterfly. In the song’s music video, Carey portrays a secret agent detained on an island during a mission. She ends up escaping on a golden jet ski and stumbles upon a handsome man to spend time with on the beach.

In reviewing her Monday performance, some reminisced of the pop diva’s New Year’s Eve performance during which she experienced technical difficulties and was unable to sing a portion of the song “Emotion.” The singer was able to recover somewhat by making jokes and encouraging the audience to join in with singing the song.