Queen Elizabeth II is very particular about her palace menu. In fact, she basically eats the same thing every day of her life. That said, the queen likes to switch it up for the holidays and enjoys a nice meal with her family at Sandringham House, where the Mountbatten-Windsors gather every year to celebrate the holiday together. What does the royal family eat on Christmas Day? Spoiler alert: She even allows for Princess Charlotte’s favorite food — which is banned from the palace menu at other times of the year — to be served. 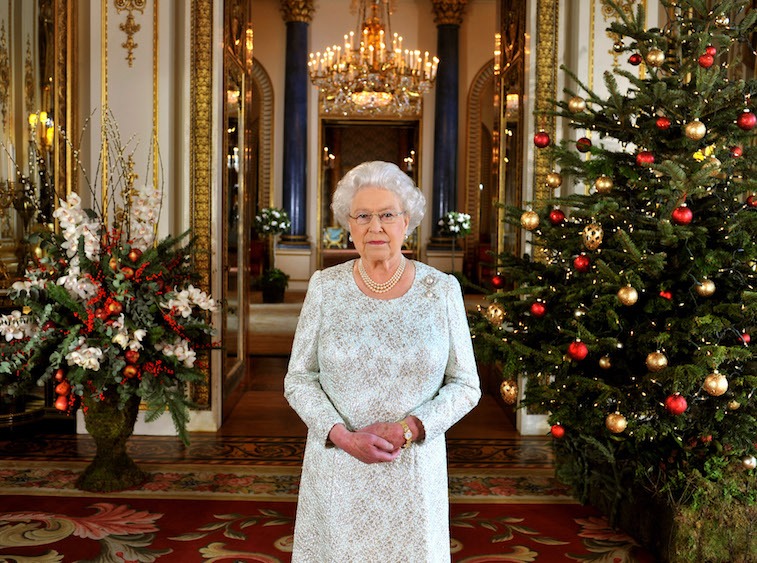 What does the royal family eat on Christmas Day?

Food is a big deal in the royal family. And, the queen has some opinions about what should and shouldn’t be eaten. Her Majesty traditionally sticks to fish or lean meat with lots of veggies for dinner, but on Christmas Day she might indulge a little. Rumor has it, she lifts her Buckingham Palace pasta ban so the family can enjoy a nice, carb-loaded meal together. However, that’s not the main focus of the royal family Christmas dinner.

In addition to allowing pasta on the menu, Queen Elizabeth II also requests an impressive spread. On Christmas Day, the royal family enjoys a buffet of 16-20 items, including freshly carved meats and freshly roasted veggies like Brussels sprouts and Christmas pudding.

Christmas dinner isn’t the only meal Prince Harry, Meghan Markle, Prince William, Kate Middleton and other members of the royal family look forward to. They also enjoy a Christmas brunch, which has shrimp and lobster on the menu, something that is, for the most part, banned at all other times of the year.

They celebrate at Sandringham House every year

Every year, Queen Elizabeth II invites her family members to celebrate Christmas at Sandringham House in Norfolk, England. Her Majesty heads up there via train to make sure everything — including her Christmas decorations — are ready to go ahead of the festivities.

They open gifts on Christmas Eve

Christmas Day is very busy for the royal family, so they like to give their gifts ahead of time on Christmas Eve. According to some reports, the royals don’t give out traditional Christmas gifts. Instead, they find humorous gag gifts for each other. “The crazier and the more quirky is what they love. It’s not about something really amazing or a Cartier watch,” former royal chef Darren McGrady told People.

Apparently, Meghan Markle gave the queen a singing hamster on her first Christmas with the royal family. And, one year, Princess Diana got Prince Harry fake dog poop.

Church is a big deal in the royal family — especially on Christmas. Every year, the group gathers at church on Christmas Day for not one but two services. The first service is a private service at 9:00 a.m. followed by another public worship at 11:00 a.m.

Queen Elizabeth II is not fond of long, drawn-out services, so the two back-to-back church services are fairly quick.

After church, the royals get together for Christmas lunch. Then, they gather to watch the queen’s annual Christmas speech, followed by some afternoon tea. At tea, the royals enjoy a slice of fruitcake together and a cup of hot tea.