What Does the Royal Family Get Each Other for Christmas?

At tea time on Christmas Eve, the British royal family will exchange their presents. They follow this tradition instead of opening gifts on Christmas morning because King George (Queen Elizabeth II’s father) was of German descent. In Germany, it has always been the tradition to open presents on Christmas Eve.

What does the royal family receive for Christmas? 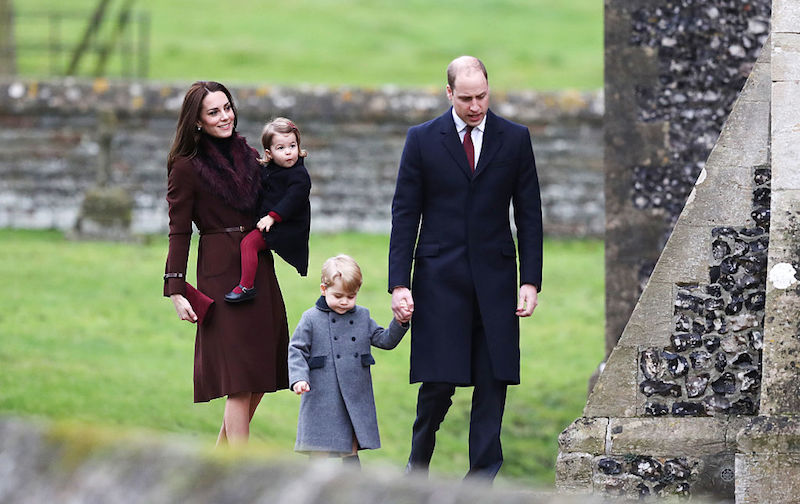 The royal family has a wonderful sense of humor, apparently. Instead of cutesy sentimental gifts, the tradition is to give gag gifts. While they take their traditions and holiday family time seriously, they don’t take their presents seriously.

To be fair, some of the hilarious joke presents throughout the years shows that a lot of thought goes into making one another laugh. It also makes sense to, essentially, give the gift of laughter to someone who can buy themselves anything they’d want or need.

In 2013, Prince Harry gifted his grandmother a shower cap that read “Ain’t life a b****.” The queen loved it. Before Prince Harry met and married Meghan Markle, he was given a ‘”grow your own girlfriend” kit by Kate Middleton.

Princess Anne once gifted Prince Charles a leather toilet seat cover as a joke. The funniest part? Prince Charles ended up loving it so much he’s rumored to still carry it around with him when he travels.

What other gifts are given?

It is customary for members of the royal family to donate to their favorite charity or two during the holiday season, to help show their appreciation to the British people. The queen also gifts a special Christmas pudding to each member of her household staff, and donates several Christmas trees to churches, schools, and other venues in the Sandringham area.

What are the annual Christmas traditions of the royal family?

On Christmas day, the royal family will eat a hearty breakfast before joining the Queen in a tradition started by her own great-great-great grandmother, Queen Victoria. They will attend Christmas mass at St. Mary Magdalene in Sandringham.

When they arrive home they will have a traditional roasted turkey feast while decked out in their best black tie ensembles. Queen Elizabeth II then gives her annual Christmas message from her palace while her family listens, which is then broadcasted via television to all of Britain and the commonwealth kingdoms.

In the evening the family will enjoy a much more relaxed, buffet-style meal consisting of fifteen to twenty different menu items.

What does the royal family eat for Christmas?

The royal family’s black tie meal consists of the same thing it always has for as long as members can remember. A roasted turkey is served with Brussels sprouts, carrots, parsnips, and a seafood salad. It is followed by a traditional Christmas pudding topped with brandy butter.

The buffet style meal has more variation from year to year, but will typically include two or three meats, salad options, and multiple different side pairings.

What is different about this year?

One of the royal family’s Christmas trees in Windsor Castle. | Jack Taylor/Getty Images

Everyone knows Queen Elizabeth II is very strict about keeping with family tradition. If they are to be broken, it is (almost) never her that does the breaking.

Last year, however, she started a break with tradition by inviting Meghan Markle to Christmas dinner. This was the first time that a  non-family member was allowed to attend, since Markle was only engaged to Prince Harry at the time.

This year, Queen Elizabeth II will be breaking from tradition again. She has extended an invitation to Doria Ragland, Markle’s mother.