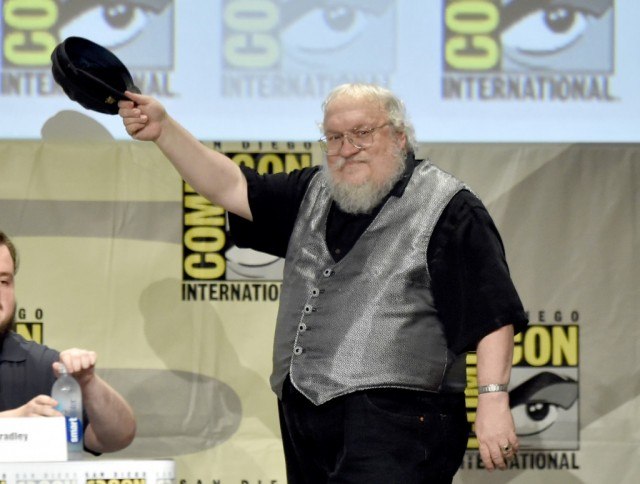 George R.R. Martin is expanding his relationship with HBO. The Game of Thrones author is reportedly developing a new sci-fi series for the series, entitled Captain Cosmos.

The potential show comes as part of the two-year development deal that Martin signed with the channel in 2013. Per Entertainment Weekly, Captain Cosmos will take place in 1949, at the dawn of the age of television. It will reportedly chronicle the story of a young writer who creates “a science fiction series that tells tales no one else will dare to tell.”

The show will mark a return to the genre for Martin. Though he’s best known for his epic fantasy dramas, the author also has plenty of sci-fi experience under his belt. Early on in his career, he wrote episodes of CBS’s The Twilight Zone. He also continues to work as an editor on the sci-fi and superhero anthology series Wild Cards.

While more specific details regarding the possible plot or tone of Captain Cosmos have not been revealed, EW reports that Michael Cassutt has already been recruited to pen the pilot. Cassutt has plenty of experience in science fiction as well, having previously written episodes for shows like The Twilight Zone, The Outer Limits, and Stargate SG-1.

He also currently serves as a writer and co-executive producer on Syfy’s post-apocalyptic zombie drama Z Nation, which will air its second season sometime this year.

News of Captain Cosmos is sure to pique the interest of fans of HBO’s hit show Game of Thrones, which is based on Martin’s Song of Ice and Fire series. But it might also raise some concerns — mainly, whether the project will interfere with the completion of his next expected book, The Winds of Winter.

Fans have been eagerly awaiting the novel Winds of Winter, which will mark the highly anticipated sixth installment of the Song of Ice and Fire collection. The previous book in the series, A Dance With Dragons, was published in 2011.

As Martin himself explained to EW, the author started work on Winds of Winter almost immediately after finishing Dance With Dragons but put it aside for six months in order to focus on the book tour. Since then, progress has been slow, and fans of both the novels and Game of Thrones have expressed impatience.

Luckily for them, though, Captain Cosmos reportedly won’t get in the way of him finishing the novel. Per EW, the potential series isn’t expected to take up too much of Martin’s time and will allow him to steadily continue work on his book, as planned. With the upcoming fifth season of HBO’s Game of Thrones expected to catch up to many of the Song of Ice and Fire saga storylines, Martin is reportedly determined to complete the novel before Season 6, which is set to air in spring of next year.

For his part, Martin promises the book will be worth the wait. The author teased a big, revealing twist for a longtime character in the novel, one that would stand separately from the show. “It’s a great twist,” he said to EW. “And with the various three, four characters involved … it all makes sense.

“But it’s nothing I’ve ever thought of before. And it’s nothing they can do in the show, because the show has already — on this particular character — made a couple decisions that will preclude it, where in my case I have not made those decisions.”

As for Captain Cosmos, the project is still early on in the development process, but it could mark another notable series for the network and for Martin’s fan base to look forward to. We’ll have to stay tuned for more information. In the meantime, Game of Thrones returns to HBO with Season 5 on April 12.