What Is Dave Ramsey’s Net Worth? Here’s How He Got Out of Debt and Made Millions

People in debt typically turn to Dave Ramsey for help. This former realtor overcame personal bankruptcy to become one of the most trusted sources of financial advice in America. Not everyone agrees with his methods, but one thing is indisputable: Dave Ramsey successfully helps thousands of people get out of debt and achieve financial freedom. Those happy people believe in him and his tactics.

Who is Dave Ramsey? 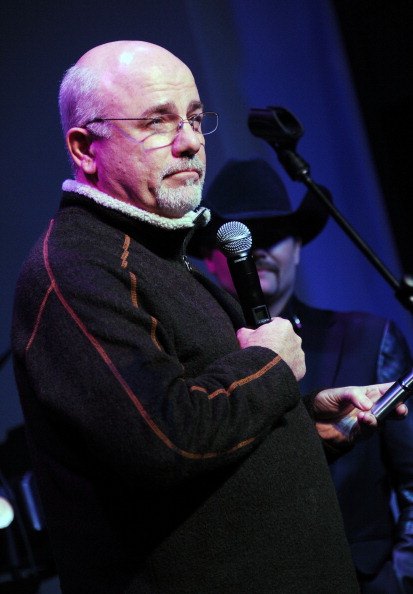 In a documentary about his life, Dave Ramsey explains that a strong work ethic was instilled in him from a young age. He told the story about wanting money to buy a popsicle when he was 12 years old. His father’s response to the plea? Ramsey explains that he said, “You are old enough to get a job. That’s where money comes from.”

This incident helped turn Ramsey into a young entrepreneur. He printed up business cards advertising his newly formed lawn care business. Over the years, he came up with other ideas too. Just three weeks after turning 18 he received his real estate license. In his book Dave Ramsey’s Complete Guide to Money, Ramsey explained: “My parents were in the real estate business, so it has always been a big part of my life.”

Dave Ramsey made $1 million and lost it all

Ramsey became successful early in life partly because he knew what he wanted to do and partly thanks to the help he received. Using his network of family connections in banking, he managed to get funding that he used to purchase properties and made a profit flipping them. By the age of 26, Dave Ramsey had a net worth of over $1 million.

However, the king of financial freedom lost all his fortune when one lender acquired another and called in Ramsey’s debt — $1.2 million. They demanded the money in just 3 months. Dave Ramsey filed for bankruptcy protection at the age of 28 and became a firm believer in not carrying debt.

Speaking of beliefs… it was around this time that Dave Ramsey became a Christian and started using Bible passages as guidance for his money philosophy. Shortly after, he started a personal finance class that grew from 37 students to 350 people eager to hear Ramsey’s money advice.

One of the most popular ways Dave Ramsey reaches fans is through his radio show. The format allows people to call in from all over the country to get money advice. The popularity of the show led to multiple books, online courses, and other resources for people who want to get out of debt, just like Ramsey did.

More than 550 radio stations broadcast The Dave Ramsey show, which boasts about 8.5 million listeners. One of the most inspiring portions of the show is when people call in to share their “Debt Free Scream” after getting out of debt using the Dave Ramsey way.

How much money does Dave Ramsey have now?

Currently, Dave Ramsey is worth about $55 million. This comes from a combination of investments and profits he makes on financial products that help people get out of debt.