What Is Hannah Baker’s Real Name? A Look At Katherine Langford

13 Reasons Why is phenomenal. When it premiered it captivated viewers. When the second season dropped fans immediately hopped on Netflix to see what more they could learn about Hannah Baker. Don’t believe me? Netflix gave a sneak peek into its stats revealing that 13 Reasons Why: Season 2 is the third most-binged Netflix original this year amongst U.S subscribers.

Watching Baker’s friends, foes and family struggle with their inner demons is relatable, making the show resonate with its massive audience. But it’s Baker’s tragic tale and the way she tells it that sells the show. This leads us to our question. Who is Hannah Baker?

What is Hannah Baker’s real name?

While angst runs rampant in the teen drama genre, Baker was genuinely suffering, and Langford showed us that. Perhaps the most impressive thing is how easily she nailed the duality of the condition, showing how depression is both “in your face” and easy to overlook. With the part being so intense, it’s easy to forget that Baker isn’t a real person, or is she?

Is Hannah Baker based on a real person?

"Hannah…I love you…and I let you go" Those are the words I was able to say six months ago, and now can finally share with you as my journey on @13reasonswhy has officially come to an end…as most of you know, this was my first ever job and I am so grateful to have had the opportunity to tell Hannah's story so fully in season 1, and to be asked back for a season 2. Thankyou to @netflix @paramountpics @anoncontent , the incredible producers, creatives, cast and crew for making these last 2 years so special. And to all of you here – Thankyou for filling my life with love and light This show will always be a special part of my life, and regardless of whether Hannah is there or not, I know that I will continue to strive to do work that is meaningful and has a positive impact – whether that be in film, music, or any other form of art. There is a lot coming up this next year, and I can't wait to share it with you #hannahbaker

Jay Asher, the author of the novel, revealed that a relative of his who attempted suicide served as the inspiration for Baker. Although Asher thought about his family when creating the character, Baker’s situation is so relatable that she could be based on any teenager who has ever struggled with depression and suicide.

What other roles has Katherine Langford played?

You beauties have spoken! Thankyou so much for voting @lovesimonmovie as best comedy movie for teen choice! So proud of this film and this generation, and excited for more films like this to be made ✨

Will Langford be the next Jennifer Lawrence—going from unknown to known by everyone thanks to a few iconic roles? For Lawrence, being cast in X-Men: First Class, The Hunger Games series, and Silver Linings Playbook boosted her career. Langford has already had an explosive start with 13 Reasons Why but what about her other roles?

This year Langford appeared in two movies, The Misguided and Love, Simon. In The Misguided Langford plays Vesna, a girl betrayed by her boyfriend. The comedy-drama follows her as she gets caught up in the trouble caused by her drug-dealing boyfriend and his brother. In Love, Simon Langford plays Leah, the best friend to the main protagonist. The film is a coming of age comedy-drama about a boy coming to terms with his sexuality.

Will we get to see more of Katherine Langford next year? 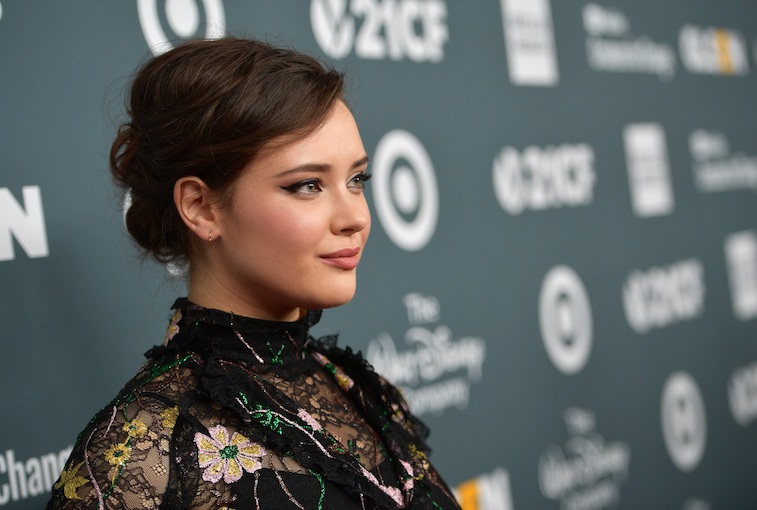 According to IMDb, Langford will be in at least two movies and one show next year! Knives Out by Rian Johnson is a modern murder mystery done up in a classic “whodunit” style. Cursed by Frank Miller will star Langford as it’s leading lady. The story follows Nimue, a teenage heroine who is destined to become the Lady of the Lake. The series is a coming-of-age tale based on the Arthurian legend and will explore serious themes including war, leadership, and religion.

Last up on the definitive list is Avengers: Endgame. This one took us entirely by surprise! There is always a lot of buzz surrounding Marvel movies, and we’re excited to see the role Langford is going to play. She will also be the main character, Mara Carlyle, in the upcoming film Spontaneous, a comedy about spontaneous combustion told in a high school setting. No release date has been set.

Thankyou ELLE Australia for having me on the cover! So excited I was able to shoot this and talk all things art and equality with @elleaus back home Link in bio ~~~

Langford’s career-making performance as Baker was widely praised by critics. Considering the popularity of 13 Reasons Why alongside the response the role received it’s no surprise that her debut resulted in six nominations. Despite the riveting performance, Langford has only won the Screen Australia Breakthrough Award so far. She is currently up for a Golden Globe for Best Performance by an Actress in a Television Series – Drama.

For someone new to the scene landing a Golden Globe this early on could be life-changing. Maybe Langford will end up the next Jennifer Lawrence after all.