What Is Michael Moore’s Net Worth?

More than one person has accused Michael Moore of being a hypocrite. On one hand he’s an incredibly successful documentary filmmaker worth millions, but on the other, he’s staunchly opposed to capitalism in general. Critics wonder how someone who benefits so greatly from the political system can also speak out vehemently against it. 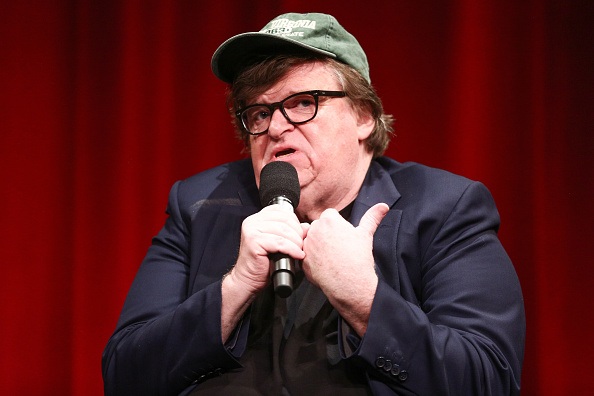 Who is Michael Moore?

Michael Francis Moore was born in Flint, Michigan on April 23, 1954. His mom was a secretary while his father worked on an auto assembly line. Moore attended the University of Michigan-Flint and studied journalism while pursuing hobbies such as gun shooting and working for the school newspaper. His media aspirations changed in 1989 when he switched from writing articles to making movies.

His documentaries are legendary – and controversial

It seems like Michael Moore and his films sparked controversy since day one. His first-ever documentary, which came out in 1989, was called Roger & Me. It followed Moore as he tried to confront GM CEO Roger B. Smith on his role with downsizing at the legendary company and how it all affected Moore’s hometown of Flint.

The film that catapulted Michael Moore into the public conversation was the 2002 documentary Bowling for Columbine, which focused on the negative aspects of the right to bear arms. It won an Oscar for its frank and opinionated stance on America’s gun violence.

Moore is not afraid to tackle sensitive or taboo topics. He took a deeper dive into what exactly happened on September 11, 2001 in his film Fahrenheit 9/11. In Sicko, Moore takes on the healthcare industry and all its exorbitant costs. Capitalism: A Love Story is a direct attack on the political system and deeper motivations in the United States. His film Fahrenheit 11/9, which makes a statement on the Trump administration, has a release date of September 21, 2018.

Not all documentary filmmakers are wildly successful, but Moore is the glaring exception. Less renegade indie filmmaker and more big-time Hollywood director, Michael Moore is worth around $50 million.

He divorced his wife of 22 years, Kathleen Glynn, in 2014. The couple had shared a 10,000 square foot home in the tourist town of Torch Lake, Michigan. They also owned eight other residences including a sprawling Manhattan condo that used to be split into three different apartments.

The huge house in Torch Lake was supposedly one of the reasons the couple ended up divorcing. Moore complained that his wife spent way too much money renovating and expanding the home, which made him look like a hypocrite. No word on where all the other houses and assets figure into his perception of himself. 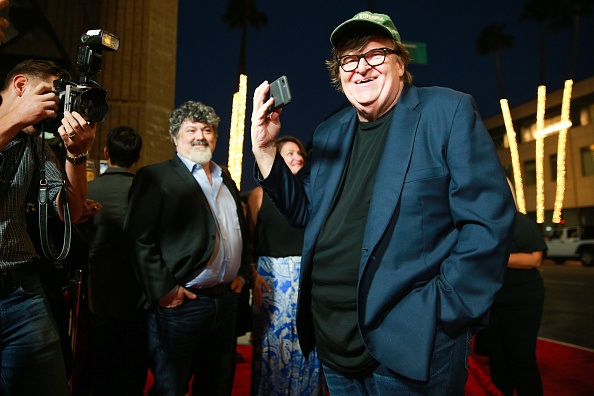 He has strong opinions on lots of topics

Michael Moore is a self-described left-wing, anti-capitalist crusader intent on curing the social ills that he believes are plaguing this country. He hates greed – he encourages anyone who is trying to expose corruption to “follow the money” to find the truth.

As he told Larry King on CNN: “All the basic tenets of what we’ve talked about the free market, about free enterprise and competition just completely fell apart. As soon as they lost, essentially, our money, they came running to the federal government for a bailout — for welfare, for socialism. And I thought the basic principle of capitalism was that it’s a sink-or-swim situation. And those who do well, the cream rises to the top and, you know, those who invest their money wrongly or, you know, don’t run their business the right way, then they don’t do well.”

Sounds like he doesn’t always practice what he preaches, though the details of his divorce and how much he gives to charity aren’t public.