What Marvel and DC Are Now Doing for Female Superheroes

Until recently, the realm of comic book franchises was headed up by male heroes. Characters like Thor, Iron Man, Superman, Batman, Flash, and Captain America were all considered the norm, while others like Black Widow took a backseat to their male counterparts. The last year has seen this trend shift though, beginning with ABC’s Agent Carter, and then proliferating out to CBS’s Supergirl, and now Netflix’s Jessica Jones. Each series has proven in succession that balancing out the scales is as important now as it has ever has been.

Together, these three shows have become the trailblazers for female-led superhero franchises, and soon will be joined by a Wonder Woman movie from DC, and Captain Marvel over in the MCU. Never before have three women led their own respective superhero series, all of which bring something unique to the table. Interestingly enough, there’s little in the way of thematic overlap among the three, making it so each tells a necessary and singular story. Past that, there plenty of reasons these shows matter.

1. They make female-led comic book shows the norm, not the exception

When Agent Carter first debuted, it made headlines as the first show of its kind, focusing in on Peggy Carter (Hayley Atwell) as its primary lead. While other shows like Arrow and Agents of SHIELD had begun to gradually incorporate their female heroes into the mix, Agent Carter took it a step further in making Carter the sole focus. Then along came Supergirl over on CBS, lead by the charismatic Melissa Benoist as the titular cousin of Superman. When Netflix debuted Jessica Jones weeks later, it showed us that a network green-lighting a female-led comic book series didn’t have to be a huge deal.

True progress is when we no longer feel like a woman superhero faces an uphill climb from the second a show or movie is proposed. The more examples we have of it working, the more we can normalize the concept into something that’s less “this is a female-led comic book show,” and more “this is a comic book show.”

2. Each show highlights a different aspect of gender inequality 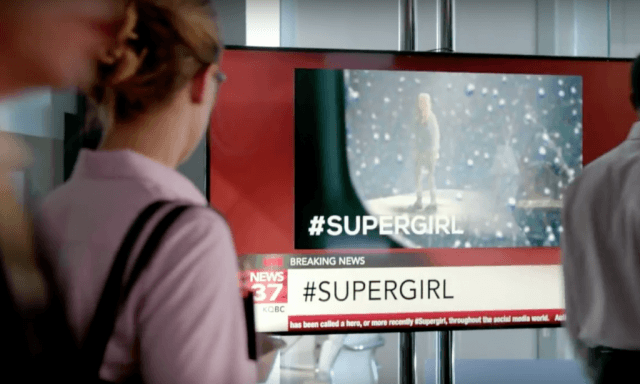 Perhaps the crowning accomplishment of all three of these series is their tackling of gender issues. None of them use the same tact, and each of them are equally as effective in getting their message across.

Agent Carter: Using the backdrop of Post-WWII America to draw a parallel to modern day inequality, Agent Carter digs into the struggle of women in the professional world. We see our main character constantly fighting an uphill battle to prove her capability, expending 10 times as much effort to get half the recognition of her male counterparts. She shows time and again that gender shouldn’t define value, all while telling a compelling story wrought with intrigue.

Supergirl: Admittedly, Supergirl is the weakest offering of the group, although much of that is a testament to the sky-high quality of the show’s counterparts. Thematically, much of the focus is devoted toward Kara Danvers trying to get out from under the shadow of Superman. We see her struggles to show the world she’s just as much a hero as her caped cousin, while taking aim at a decidedly millennial audience. Gender conventions of 20-somethings are called into question, as Supergirl utilizes modern media as a vehicle for its message.

Jessica Jones: Of the three, Netflix’s Jessica Jones is by far the heaviest in terms of themes. It delves deep into themes of emotional and sexual abuse, featuring a villain who uses his ability to control the minds and actions of people to put vulnerable women under his thumb. Our titular hero spends much of her time dealing with textbook symptoms of abuse and self-blame, as a victim of a villain that Slate describes as “a walking consent metaphor.” It does all of this subtly enough to where you’re not being beaten over the head with the parallel, while still delivering its message loud and clear.

For years, studios pointed to Elektra and Catwoman as “proof” of why women shouldn’t lead a superhero franchise. Both movies flopped both critically and at the box office, but not for any of the reasons that those studio-heads would have us believe. They were bad movies because they were poorly written and delivered, and it had nothing to with their casting of Jennifer Garner and Halle Berry respectively. Despite this, the two films were held up as banners that said, “This is why female comic book heroes won’t work.”

Enter Agent Carter, a show about to enter its second season while Supergirl and Jessica Jones both gather fans of their own. Having not one, but three series enter into the playing field sends an overwhelming message to the people in charge: Audiences love good entertainment, regardless of the gender of its lead. If you write and produce a TV show well, people will enjoy it, plain and simple. And with DC’s Wonder Woman and Captain Marvel about to join the MCU, the table is officially set for the future.