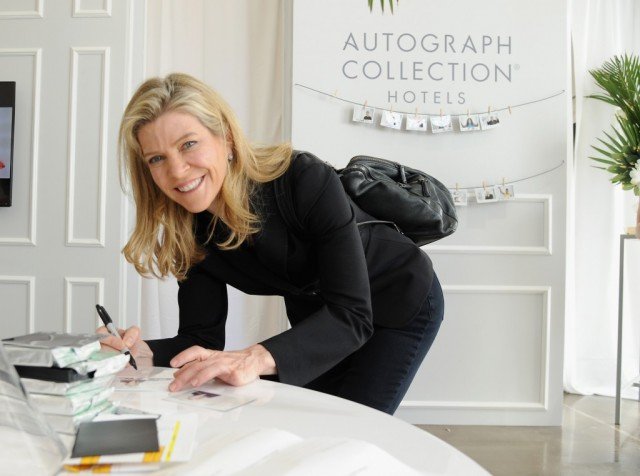 The upcoming Wonder Woman film from Warner Bros. and DC Comics is already running into problems. Director Michelle MacLaren has dropped out of the project, reportedly due to creative differences.

According to The Hollywood Reporter, the studio confirmed news of the filmmaker’s unexpected departure in a public statement, reading, “Given creative differences, Warner Bros. and Michelle MacLaren have decided not to move forward with plans to develop and direct Wonder Woman together.” Specific details regarding the reasoning for her exit were not divulged, but the split has left everyone wondering where exactly this leaves the film.

The Wonder Woman solo movie is set to star Gal Gadot as the titular superhero. The actress is expected to make her first appearance in the role in next year’s Batman v Superman: Dawn of Justice before getting her own adventure in 2017 and then presumably playing the character again in Justice League Part I only half a year later. Pan writer Jason Fuchs is on board to pen the script, although an official plot synopsis has yet to be revealed.

MacLaren signed on to develop and direct the film back in November of last, following weeks of speculation over her potential involvement in the project. At the time, the director was a popular contender for the gig, in large part due to her extensive experience in helming hugely successful television hits. MacLaren has won Emmys for her work on Breaking Bad, for which she directed 11 acclaimed episodes of and also served as an executive producer. She also previously directed high-profile episodes of The Walking Dead, Game of Thrones, The Leftovers, and most recently, the Breaking Bad spinoff, Better Call Saul. Wonder Woman would have marked her first entry into feature film.

MacLaren’s participation in the project was also notable for reasons other than her resume though. Her hiring, which reportedly came after months on searching on the part of Warner Bros., also caused quite a stir as it would have marked the first time a female director stood at the helm of a major comic book blockbuster.

Now that she’s officially left the project, it raises the question of how Warner Bros will choose to proceed. Given that the studio made a point of bringing on a female director initially, it would make sense for it to do the same this time around — perhaps returning to its previous shortlist of female filmmaker contenders to take over MacLaren’s position. Then again, that hasn’t always proven to be the case in the past. In 2011, Marvel hired director Patty Jenkins to helm the Thor sequel. When Jenkins also eventually left the project, she was replaced by Alan Taylor.

As for the movie itself, it remains unclear how MacLaren’s exit will impact the project’s current production schedule. Per Variety, the studio was in the middle of pre-production prior to the director’s parting and has been working on casting other roles for the film. Test offers were expected to go out to four actors for one of the male leads this week. Meanwhile, THR reports that MacLaren had also been heavily involved in shaping the movie’s storyline. Where her departure leaves production is unknown, but fans can probably expect the studio to either announce a replacement or a new release date relatively quickly.

Wonder Woman was originally scheduled to hit theaters on June 23, 2017.