If you followed the excellent The Americans for the show’s six seasons on FX, you realize it’s the end of an era. Even after the show’s producers collected a Golden Globe (Best TV Series) and Critics’ Choice Award (Best Drama) in early 2019, there’s no going back.

That’s because the show ended on its own terms at the end of its natural story line. (Homeland is another spy show that will do the same in 2019.) On the flip side, that leaves stars Keri Russell and Matthew Rhys without the roles that won them so much acclaim over the years.

For fans of the on-screen couple (who are also an off-screen couple), there’s no reason to fret. Both Russell and Rhys have major projects completed and in the works. Here’s where you can find them later in 2019 and beyond. 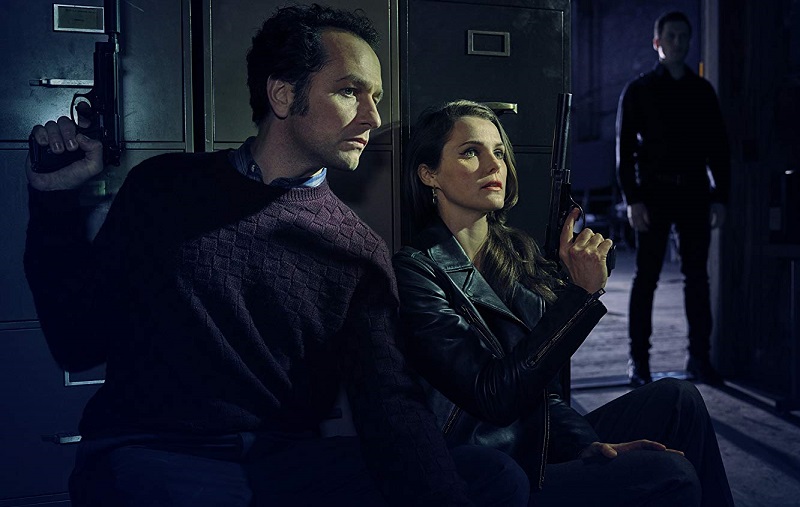 Matthew Rhys and Keri Russell in ‘The Americans’ | FX

Russell, who’s received three Golden Globe nominations in her career (two for The Americans), has two high-profile feature films coming out in 2019. The first will be the horror film/thriller Antlers in which she co-stars with Jesse Plemons. (They play siblings.) Oscar-winning director Guillermo Del Toro shares producer’s credit on the movie.

In December ’19, fans can catch Russell in Star Wars: Episode IX. The J.J. Abrams production will arrive in time for the holidays and features the type of all-star cast you expect in a Star Wars film. Adam Driver, Oscar Isaac, Mark Hamill, Lupita Nyong’o, and the great Richard E. Grant (who recently shined in Can You Ever Forgive Me?) will join Russell in that blockbuster.

With more feature films on the menu in the coming year, we’ll see if Russell can add to her awards collection, which includes a Golden Globe Award for Felicity. Meanwhile, Rhys will be just as busy this year.

From writing about Mr. Rogers to playing Perry Mason for Rhys 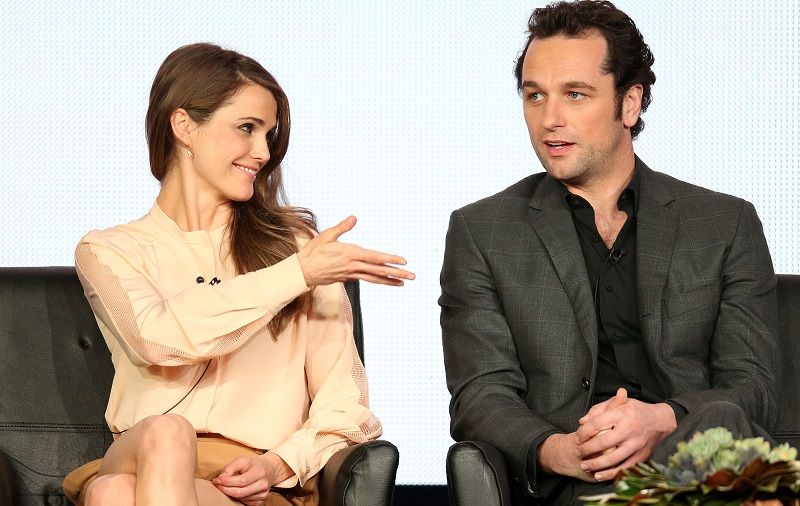 On Rhys’s end, the work also just keeps coming. First off, in 2019, the Wales-born actor will appear in The Report, a Vice Media production starring Driver and Jon Hamm. (Rhys and Russell will be able to swap stories at home about Driver by the end of the year.)

Late in the year, he’ll turn up alongside Tom Hanks in A Beautiful Day in the Neighborhood. In that film, Rhys will play a jaded magazine writer assigned a profile of Mr. Rogers (Hanks). By the end, Rhys’s character can’t help but be won over by the aw-shucks goodness of Rogers. (This plot point is believable.)

Last but not least, Rhys will star as Perry Mason in an HBO miniseries produced by Robert Downey, Jr. about the famed prosecutor. On Twitter, Downey announced his arrival to the project and called Rhys “my new best friend.”

In conclusion, it’s safe to say the careers of Russell and Rhys will not suffer following the end of The Americans. If anything, both seem poised for much bigger stardom in the years to come.