What Will the Next 5 Years of ‘Doctor Who’ Bring Us? 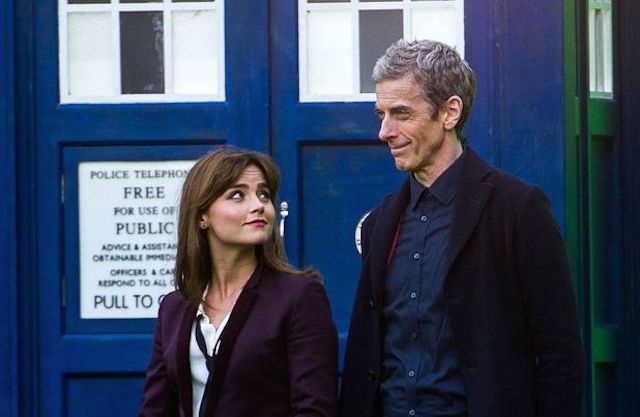 There are few fandoms more expansive than that of Doctor Who. As the longest running sci-fi show in the history of television, it’s no surprise that it’s resonated with so many fans around the world. But after taking an extensive break from the airwaves for almost a decade, many felt as though it was effectively dead in the water after 1996. Then, in 2005, Russell T. Davies helped bring it back from the dead, relaunching with Christopher Eccleston as the mercurial Doctor, followed soon thereafter by David Tennant. After five years as showrunner, Davies passed the torch to Steven Moffat, vaulting Matt Smith onto the scene as the new Man in the Blue Box.

Smith had himself a solid four-year run as the title character before Peter Capaldi stepped in, bringing us up to date now. In many ways, Doctor Who has defined modern sci-fi storytelling, taking us across the reaches of space and time. But some criticism has arisen in Moffat’s depiction, despite this last season having the highest ratings of any in the show’s history. Much of the story lately has made the Doctor the center of the universe, caring little for his relationships and more for making him a nigh-omniscient demigod.

Having Capaldi follow Smith as the Doctor at first seemed like a clever and much-needed juxtaposition for the character when it was first announced. Smith was effervescent and childlike, and running that up against Capaldi’s more rough and mature attitude seemed like a no-brainer. But having seen it in action, we have a Doctor who’s not simply more wise and grounded than his predecessor, but one who’s almost mean-spirited and difficult to sympathize with. If there’s one thing nouveau-Who has always managed to do, it’s make you like Doctor despite his obvious shortcomings. With Capaldi, we’ve seen a character who’s eminently self-absorbed beyond any level we’ve ever had on the show.

This leads us to wonder: Why and how are the next five years of this show being mapped out? In an interview with Radio Times, Moffat came out and said that Doctor Who has designs of running at least through 2020 at “minimum.” Keeping in mind that this is a show that’s been in existence since 1963, on the surface, this doesn’t seem like such an odd prospect. It’s always found itself running on a different clock than its contemporaries, with even the most successful programming only lasting around a decade in comparison. But with Moffat showing something of a scattered technique in defining the Doctor, even a five-year plan may prove to be difficult to withstand.

Of course, Moffat could very well surprise us. With the show having hit its peak of popularity this past year, clearly people are tuning in despite its creative shortcomings. Its devoted fanbase is one that will tune in regardless of how convoluted the story becomes, giving Moffat something of a long leash. Doctor Who‘s status as a national treasure of sorts further strengthens its immunity to cancellation, leaving it to hit any number of highs and lows as it pleases. That being so, it could very well be that exact freedom that sinks its quality. It’s hard to improve when your audience is one that will stick around no matter how bad things get. And while we haven’t reached critical mass yet, an extension past 2020 may bring us to that place.

What the plan is moving forward is unclear, but we imagine Moffat has at least a rough outline of the next five years mapped out in his head. That period will likely find him having to search for at least one more new Doctor, something that has a habit of hitting reset on the entire story of the show on a regular basis. Our only hope is that at some point, Doctor Who finds itself able to take a hard look in the mirror and really ask itself about it could stand to improve.

The season nine premiere of Doctor Who airs on Saturday, September 19 on BBC America.