What’s Next for Lea Michele After ‘Glee’? 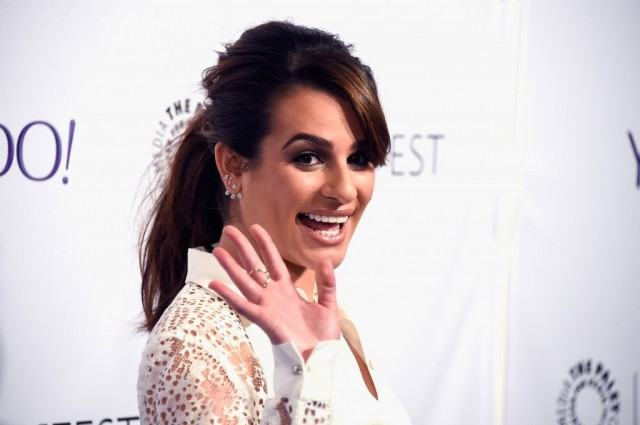 Glee might be over, but Lea Michele is staying plenty busy. The actress is following up her part on Fox’s long-running musical series with several high-profile projects, including her first ever lead film role in the upcoming comedy, The Layover.

Per Deadline, Michele has signed on to co-star alongside Kate Upton in the “road trip sex comedy,” directed by William H. Macy. Written by David Hornsby and Lance Krall (who previously collaborated on the TV series It’s Always Sunny In Philadelphia) The Layover features the two stars as a pair of lifelong best friends, who decide to avoid their problems by taking a vacation. But their plans go awry when their plane is rerouted due to a hurricane warning. To make matters worse, the two friends then find themselves battling for the same guy during an extended layover in St. Louis.

Macy, who most recently took on helming duties for the 2014 musical drama Rudderless, will reportedly co-star in the movie, as well as direct. Patricia Cox, who also worked on Rudderless, will executive produce.

The Layover will mark Upton’s second notable film role, following her turn alongside Cameron Diaz and Leslie Mann in last year’s critically panned romantic comedy The Other Woman. For Michele, the flick will be her first ever lead on the big screen. The actress previously held a supporting role in the 2011 holiday-themed ensemble film, New Years Eve. She also lent her voice to the 2014 animated musical fantasy, Legends of Oz: Dorothy’s Return.

“The minute I met Lea and Kate, the film began to focus for me,” Macy said of the forthcoming comedy, per Deadline. “They are singular, ambitious funny women in full. This is going to be fun.”

But The Layover isn’t the only major project Michele has in the works. The actress also has a notable small screen gig in the pipeline. She’s re-teaming with Glee creator Ryan Murphy in Fox’s upcoming horror comedy anthology series, Scream Queens.

As announced back in October, each season of Scream Queens will focus on different settings and storylines (as does Murphy’s first horror anthology, American Horror Story), but each will reportedly revolve around two female leads. The first season will take place on a college campus that’s rocked by a series of murders. The show features Michele as part of a star-studded cast, including Emma Roberts, Jamie Lee Curtis, Joe Manganiello, Abigail Breslin, and Keke Palmer.

Though specific details regarding her character have not been revealed, the actress has previously stated that viewers should expect something entirely different. “My character is very different than anything you’ve ever seen me do before,” Michele told ET earlier this month. “So you won’t see me or Rachel Berry anywhere in there I can assure you of that.”

With roles on both the big and small screen coming up, it’s clear that Michele has a very jam-packed year ahead of her. While no release date for The Layover has been scheduled yet, Deadline reports that production is imminent and the movie is expected to hit theaters sometime in 2016. Meanwhile, Scream Queens is due to premiere this fall.