Jon Hamm will be playing Boba Fett in an upcoming Star Wars audiobook, and fans will be able to hear it pretty soon.

From a Certain Point of View will be released on October 3, and StarWars.com has just announced that Hamm will be lending his voice to the audiobook. He’s not in the entire thing, though. From a Certain Point of View consists of 40 stories about various background Star Wars characters, with each one being written by a different author. It had previously been announced that one of the short stories, “Added Muscle,” will be written by Paul Dini and will be about Boba Fett.

Producer Aaron Blank told StarWars.com that it’s because this was such a small commitment that they were able to line up quite a cast of voice actors; Neil Patrick Harris also lends his voice to the book. 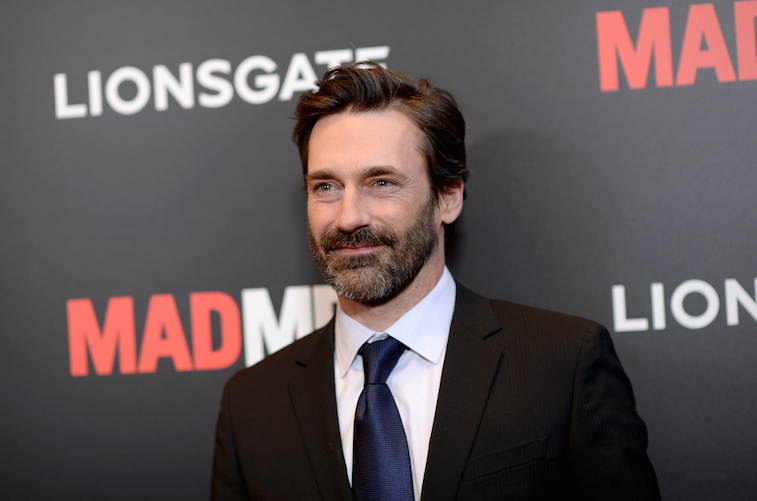 “We know some of these readers — like Jon Hamm (reading as Boba Fett) and Neil Patrick Harris (reading about an Imperial officer in the Death Star) — might not be available for an entire audiobook, but we were able to bring them on board for this project,” Blank said.

So far, 11 actors have voiced Boba Fett on screen in Star Wars. In The Empire Strikes Back, the Boba Fett voice was originally Jason Wingreen. But Fett’s voice was later redone by Temuera Morrison, and this is the version that currently appears on all modern versions of the movie. In addition, Fett has been voiced by different actors in the Star Wars Holiday Special, the radio dramas, the video games, and the TV shows.

Jon Hamm’s venture into the Star Wars universe comes two years after he appeared in a Saturday Night Live sketch in which he “auditions” to be in The Force Awakens.

Part of the reason that Del Rey is releasing a new Star Wars book telling 40 different stories is that 2017 is the 40th anniversary of the release of the original Star Wars movie. All of the stories in From a Certain Point of View take place during the events of the first movie, A New Hope.

“Never mind Han, Luke, Leia, Darth Vader, and Obi-Wan,” StarWars.com said when the project was first announced. “Who were these other guys? What was their story? Just seeing them brought up questions for fans that sparked the imagination.”