When Does the New Season of ‘Million Dollar Listing Los Angeles’ Premiere?

Get ready for more jaw-dropping homes, multi-million dollar deals, and catty real estate agents. Million Dollar Listing Los Angeles – the Bravo show that takes viewers inside the glamorous world of L.A. real estate – is coming back. Season 11 of the show will premiere in January.

New episodes of Million Dollar Listing Los Angeles will air on Bravo on Thursdays starting in 2019, with the show premiering on January 3 at 9/8c.

Most of your favorite agents are returning, including Josh Flagg, Josh Altman, Tracy Tutor, James Harris, and David Parnes. But one familiar face will be missing. Madison Hildebrand confirmed in July that he would not be coming back for Season 11. Hildebrand has appeared on every MDLLA season so far, but told Bravo’s Daily Dish that it was time to “re-energize, rejuvenate, and refocus my attention and light onto new endeavours.”

What to expect from the new season

Several of the agents are facing big life changes in the new season of MDLLA, which could create tension as they balance their work and personal lives. Josh Altman became a dad on the last season of the show, and he’s still figuring out how to balance his fast-paced career with family life.

Josh Flagg tied the knot with his boyfriend Bobby last season. Now, the pair are settling into married life. But when they decide to purchase a house, Altman finds it difficult to switch from agent to buyer. Meanwhile, Tracy Tutor – who joined the show last season – has divorced her husband Jason Maltas. She’s adjusting to life as a single mom.

We also expect to see plenty of cute little ones on the new season of MDLLA. Like Josh Altman, David Parnes also became a first-time dad when he and his wife Adrian Abnosi welcomed a new baby earlier this year. Plus, Josh Altman’s brother Matt is now the dad of twins, a daughter named London and a son named Ashton, with wife Johanna.

Teasers for the new show promise plenty of fun (and drama), including camel rides, ice cream trucks, Josh Altman in a dunk tank, a car accident, a possible burglary, and – of course – a heated confrontation between a couple of agents.

What celebrity clients will be on the new season? 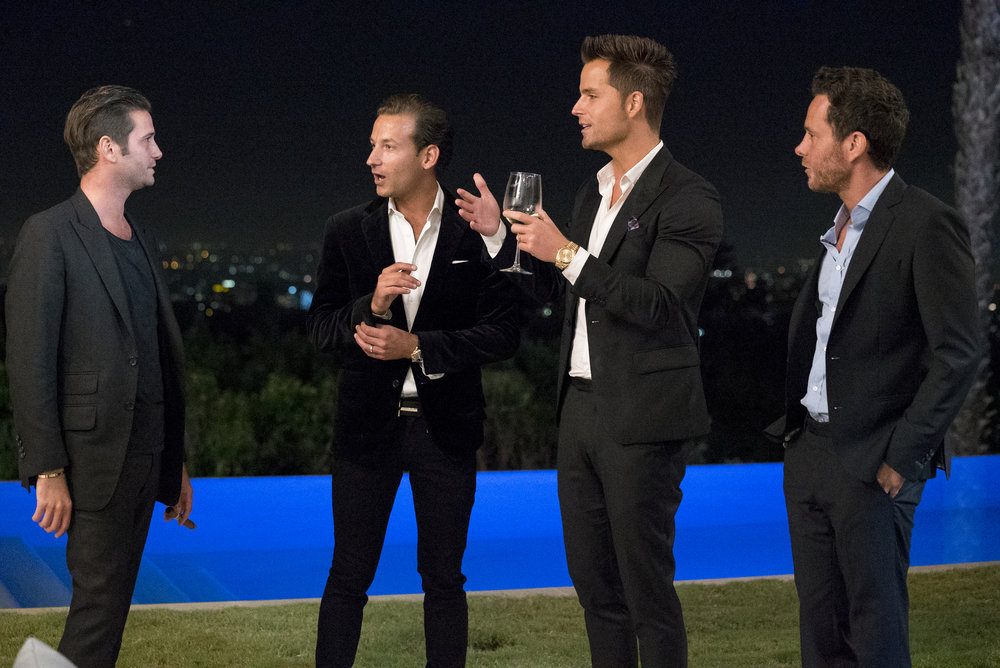 The MDLLA agents work in the capital of the entertainment industry, and celebrity clients are the norm. So it’s not surprising that Bravo is promising that this will be the “most star-studded season” ever of the show.

This season, James Harris and David Parnes work with Kelly Rowland from Destiny’s Child and Dorit Kemsley from the Real Housewives of Beverly Hills. The pair also spearhead a deal to purchase the infamous Playboy “Bunny Ranch” and the house from the Joan Crawford biopic Mommie Dearest. Altman wins the listing for former NFL star Antonio Pierce while Tutor travels to Dubai to meet with Caroline Stanbury from Ladies of London.

Tutor also works with Rose McGowan to sell her house. McGowan decided to list her home earlier this year to finance her legal battle against Harvey Weinstein. You can take a look inside the stunning four-bedroom contemporary here.