Where Does Guy the Beagle Live? Inside Meghan Markle’s Dog’s Life as a Royal Pet

Meghan Markle’s dog, Guy has had quite the life. But, after the Duchess of Sussex had to leave her first dog, Bogart behind in Toronto, many royal fans wonder: Where does Guy the beagle live? Up ahead, we take a closer look at what life is like for the royal pup, including where he lives and what the queen thinks of him. 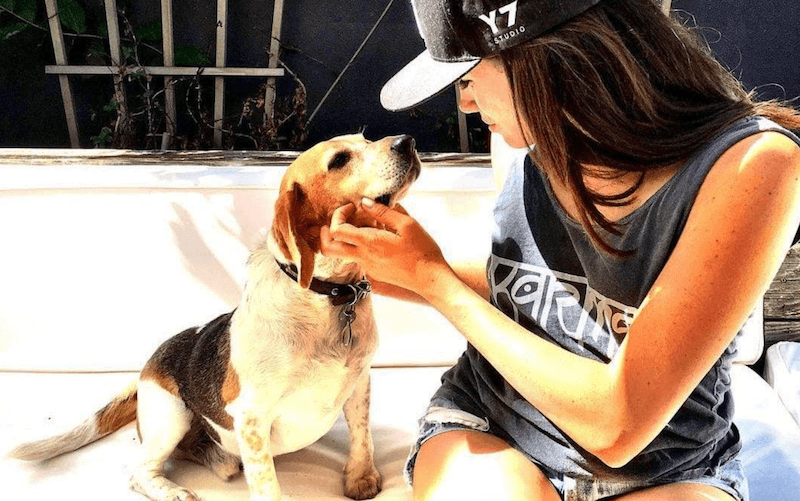 Meghan Markle’s dog, Guy the beagle has had quite the life. | A Dog Dream’s Rescue via Facebook

Where does Guy the beagle live?

After meeting Prince Harry and moving to the United Kingdom, Meghan Markle had to make the tough decision to leave her first dog, Bogart behind in Toronto. According to reports, he was too old to make the trek. However, her other pooch, Guy the beagle went along with Her Highness and now lives in London at Kensington Palace.

The rescue pup lives a rather lavish life, tucked away in a palace with plenty of room to run and play in the gardens of Kensington Palace, Windsor Castle, and other royal estates where the Duke and Duchess of Sussex have homes.

Meghan Markle wasn’t the only one who experienced major change when she met Prince Harry. Her dog, Guy’s life did, too. After meeting and falling in love with her prince charming (hello Prince Harry!), the former actress moved across the pond to the United Kingdom — and brought her beloved pooch with her. Today, Guy lives in London (and soon to be Windsor) with his royal mom and dad with a new sister (the Duke and Duchess of Sussex adopted a black Labrador retriever at the end of the summer) and baby on the way.

Here’s an inside look at what it’s like to be Guy the beagle.

A friend kindly alerted me to a very sweet moment we missed yesterday – the Queen travelling with Meghan's beagle guy spotted by the talented Lainey Gossip https://madaboutmeghan.blogspot.con/2018/05/live-blog-day-before-wedding.html pic.twitter.com/zpQbtg8YeQ

He hangs out with the queen

It’s no secret that Queen Elizabeth has a soft spot for dogs. And, apparently, she and Guy get along quite well. Paparazzi shot photos of the two en route to Windsor last May ahead of Prince Harry and Meghan Markle’s royal wedding. In the photo, Guy can peers out the window as he rides alongside Her Majesty.

He has many homes

Like Prince Harry and Meghan Markle, Guy has lots of places he calls home. Right now, his official residence is at Nottingham Cottage on the grounds of Kensington Palace, where Prince Harry and Meghan Markle have lived together since their engagement last year (before that, it was Prince Harry’s bachelor pad for a few years). But, in the new year, Guy will make the move to the countryside, where his mom and dad are renovating a 10-bedroom estate house on the grounds of Windsor Castle.

There’s a book based on his rags to riches life

Meghan Markle follows an “adopt don’t shop” motto and rescued Guy while living in Toronto. Guy was originally found in the woods in Kentucky and then ended up in kill shelter. But, as fate would have it, A Dog’s Dream Rescue came for him. The Ontario-based charity saves kill list beagles in the United States and brings them to Canada for adoption.

With an origin story like that — and a new royal life — his life story was bound for print. His Royal Dogness, Guy the Beagle: The Rebarkable True Story of Meghan Markle’s Rescue Dog, written by Camille March is an adorable children’s book based on the story of Guy the beagle’s rags to riches story.

He has a new sister

Prince Harry and Meghan Markle recently adopted a new puppy. Little has been revealed about the black Labrador retriever and there is much debate over her name, but, chances are, Guy is probably happy to have a friend to play with again.