After ‘Transformers 4,’ What Will Michael Bay Fail to Fail At Next? 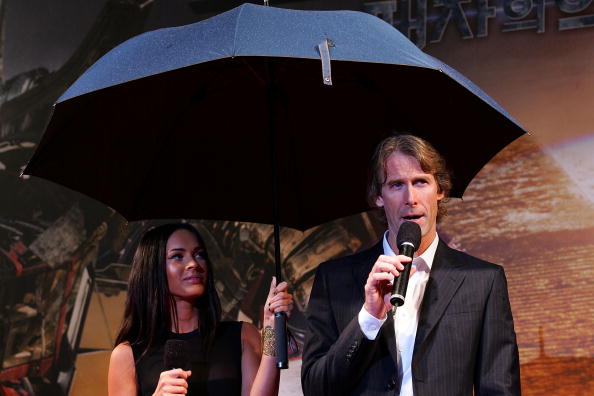 Michael Bay has only begun his assault on moviegoers this summer, as the fourth in the unending Transformers franchise opened in theaters to make over $100 million domestically and $300 million worldwide during its first weekend alone, according to figures from Box Office Mojo. Audiences lined up in droves to watch the transforming robots smash things despite the fact that the movie was panned by critics, getting a rotten 16 percent on Rotten Tomatoes. Bay may not have a formula for quality, but he has the formula for success.

This isn’t a career high for Bay, as Transformers 3 opened to $108 million, but summer 2014 has more explosion-filled offerings from the director in store on the big and small screens. While Transformers: Age of Extinction was dominating in the theaters, Bay’s TNT drama The Last Ship aired on Sunday night to a whopping 7.2 million viewers, up from the show’s debut on June 22 of 5.3 million. The series is about a U.S. Navy ship that remains unaffected after a global epidemic kills off half the world’s population, leaving the ship’s crew responsible for both surviving and finding a cure for the disease. According to TV By the Numbers, The Last Ship helped make TNT the number one prime time network among total viewers and all key demographics for the second-quarter. The Last Ship is basic cable’s number one of the year so far among total viewers.

Bay also has another big movie coming out later this summer, which sees him returning to a fraught partnership with former Transformers actress Megan Fox. The live-action plus CGI reboot of Teenage Mutant Ninja Turtles is produced by Bay, directed by Jonathan Liebesman, and promises lots of Bay’s signature action and special effects, though Fox has said she won’t be as sexed-up as she has been in previous films. Bay’s desire for Fox to act sexy in the Transformers films led to her publicly comparing him to Hitler and then being fired from the franchise, but the two have since made up.

Deadline now reports that Bay is expected to continue squeezing the Transformers franchise dry with a fifth installment. Even though none of the original cast appeared in the fourth movie, the real ‘stars’ of Transformers are the Transformers, and CGI robots don’t make PR mistakes by comparing directors to genocidal dictators, nor do they care how awful a script is or demand more money due to their rising celebrity. Bay has really created the perfect movie star.

Deadline also said that it has heard from sources that the director might take a break from Transformers and direct a smaller movie next. As for producing, Bay has the films Project Almanac and Ouija on deck. Project Almanac is a thriller about a group of teenagers that build a working time machine, but fail to recognize the consequences of time travel before committing acts that have effects on the future they couldn’t have predicted. Ouija is another thriller, this one based on the board game that supposedly allows players to make contact with the dead.