Mark Wahlberg has been dethroned and Dwayne Johnson has been surpassed by another star who has taken the crown as the world’s top-earning actor.

Forbes released its annual ranking of highest-paid male actors and George Clooney topped the list with an eye-popping $239 million. The publication tallied his pretax earnings from June 2017 to June 2018. So how exactly did he make all that cash and how much did the other men on this list rake in this year?

Of Clooney’s impressive earnings, $233 million did not come from acting but rather his lucrative Casamigos Tequila deal. The actor co-founded the tequila company in 2013 with Cindy Crawford’s husband Rande Gerber and real estate tycoon Mike Meldman. In June 2017, Casamigos was purchased by British liquor conglomerate Diageo for $700 million. That deal also includes the potential to earn an additional $300 million over the next decade.

“If you asked us four years ago if we had a billion-dollar company, I don’t think we would have said yes,” Clooney told CNBC.

The remainder of his earnings over the last year are from endorsements and his older movies.

Dwayne Johnson took the No. 2 spot on the list bringing in a whopping $124 million pretax. Forbes credits the action movie star with earning the highest amount for “front-of-camera roles” in the history of its ranking. Johnson receives huge upfront paychecks for many of the films he stars in such as Jumanji: Welcome to the Jungle, and has a cut of the profits as well. Moreover, his social media presence and large following have helped him nearly double his 2017 earnings because he’s able to negotiate an extra seven figures over his standard contract for the promotion of his projects. 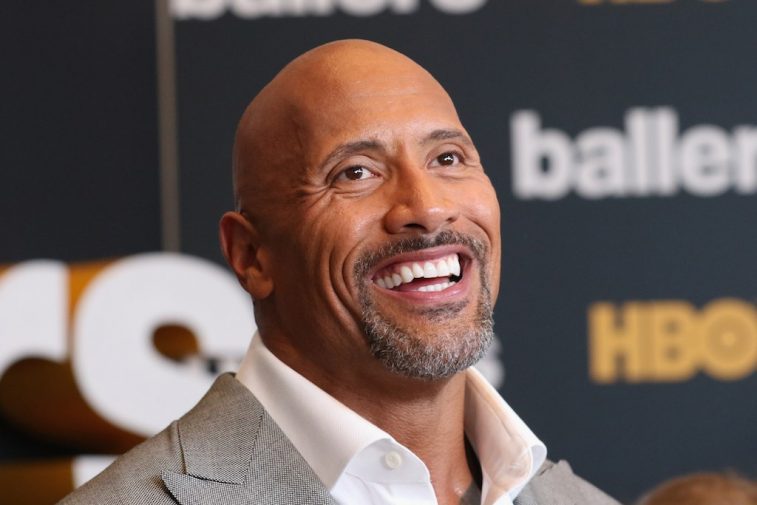 “Social media has become the most critical element of marketing a movie for me,” Johnson said.“I have established a social media equity with an audience around the world that there’s a value in what I’m delivering to them.”

Coming in behind Johnson as the highest earner is Robert Downey Jr. who raked in a cool $81 million thanks to an upfront $15 million paycheck for his part in Spider-Man: Homecoming. Downey Jr. then banked an even bigger check as Iron Man in Avengers: Infinity War. His Marvel co-star Chris Hemsworth took the fourth spot earning $64.5 million for playing the title character in Thor: Ragnarok, and his role in Avengers: Infinity War.

Jackie Chan ranked No. 5 on the list with $45.5 million. Not only was he in six movies in 2017 but he also did production work and had multiple endorsement deals.

Last week, the list of highest-paid actresses was released and Scarlett Johansson took the top spot. She made $40.5 million from June 2017 to June 2018. Forbes noted that all the woman on that list made a combined $186 million compared with this list of actors who earned $748.5 million combined.