Who Has the Bigger Net Worth, Phil Mickelson or Tiger Woods?

You don’t have to be a golf fan to know Phil Mickelson and Tiger Woods, two heavyweights in the league, are serious rivals. Fans of both Mickelson and Woods will get to watch their match on Friday, Nov. 23, at 11 a.m. PST, and it’s taking place at Shadow Creek Golf Course in Las Vegas. The match will be exclusively shown on pay-per-view and will be available through multiple providers for $20. For fans, this is a serious steal to see the match of the year, as there’s $9 million at stake for the players.

Mickelson and Woods are just six years apart in age — and when it comes to their talent, they’re a perfect match. As Mickelson said of Woods during a press conference, “He came along and broke every single record I had.” He then added to Woods, “It’s my chance after losing so many tournaments to you, so many majors, to get something back.”

We’ll have to wait and see who wins the match. But there’s another matter to discuss — and that’s net worth. Here’s who has more.

How did Mickelson and Woods’ rivalry begin?

Aside from both being excellent players and holding multiple major championship wins, Mickelson and Woods have allegedly never gotten along, Bleacher Report explains. Back in 1996, Woods became a professional player and was taking the course by storm. And while Mickelson had nine wins already, Woods was hot on his tail. It was around this year that their rivalry truly began.

Over the next four years, Woods continued to be a serious force in the PGA, and while Mickelson was used to being the player on top, he started to place second and third instead of first. Their rivalry continued (with Mickelson even taking jabs at Woods’ Nike equipment, calling his clubs “inferior”), but so far, Woods has still edged out Mickelson when it comes to major titles. They’ve played together on 30 different occasions, Bleacher Report notes, so we can’t wait to see what the two have in store for their latest match.

Daily Express notes Mickelson is more concerned with the bragging rights than the money — but we’re sure another $9 million isn’t a bad perk to winning either. As for his net worth, the publication notes Mickelson is worth $375 million, with most of his money coming from sponsorships and endorsements. He’s worked with Callaway Golf Company, Barclays, KPMG, Exxon Mobil, Rolex, and Amgen on commercial deals, too.

As for prize money from his golf winnings, he’s won plenty of money from those. In total, he’s earned over $88 million from prizes.

Mickelson may have a ton of money, but he also puts a lot of it toward a good cause. Daily Express explains he and his wife, Amy, run the Phil and Amy Mickelson Foundation that helps support youth and family initiatives. As the golfer wrote on his website, “Both Amy and I benefited by being raised in our own strong, loving families and now we’re fortunate and thankful to be in a position to help others strengthen their own family bonds.” 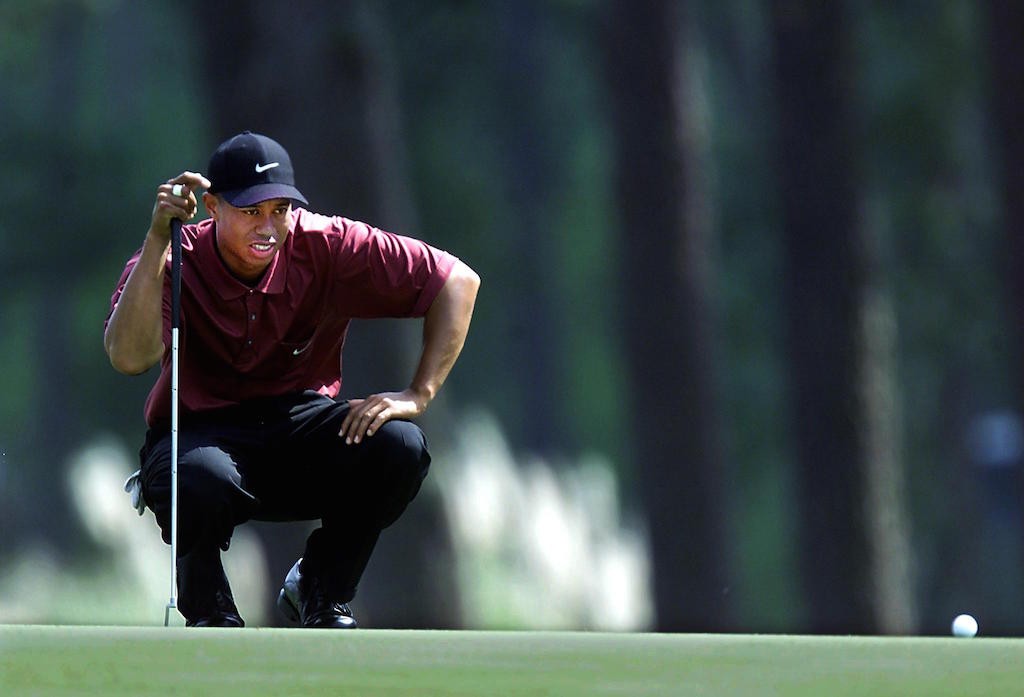 Mickelson may be rich — but it turns out Woods is richer. Celebrity Net Worth explains his total net worth is $760 million. Annually, the publication notes Woods makes $50-60 million per year — and he bring in his cash through a variety of ways. Not only does he have deals with Nike, Titleist, and Gatorade worth tens of millions, but he’s also been crowned PGA Player of the Year nine times, AP Athlete of the Year four times, and Sports Illustrated’s Sportsman of the Year twice.

As for where he makes most of his money, his numerous tournament wins are his biggest moneymaker. And we’re sure another $9 million win wouldn’t hurt.