Will There Be a ‘Who is America?’ Season 2? We’re Receiving Mixed Messages 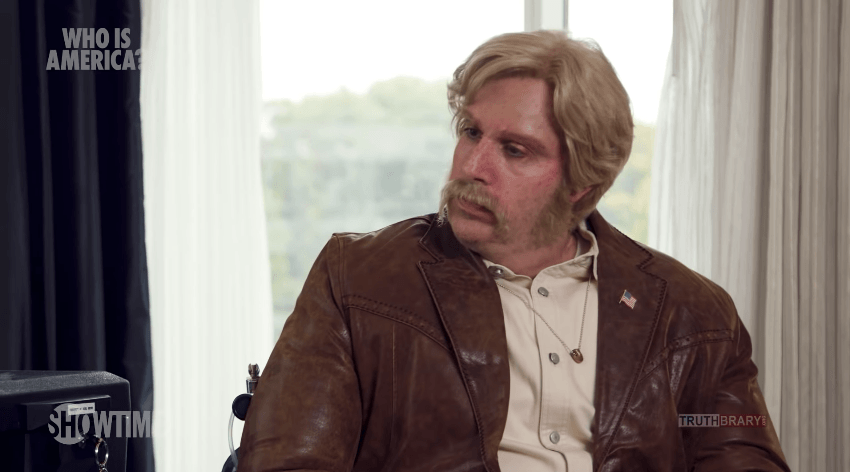 Who Is America? | Showtime

Sacha Baron Cohen’s totally wild politically-driven prank show Who Is America? aired its finale on Sunday, leaving viewers at home to question whether this was the end of the series or merely the season. Will there be more Who Is America? after this? Is it possible Cohen can pull off the magic trick a second time?

We’ve been getting some mixed messages about the future of the show. On Sunday, ahead of the finale, Cohen seemed to give the definitive answer on Twitter, saying that this was the last ever episode.

Then, TV Guide ran a story reporting that Showtime had confirmed with them that Who Is America? wouldn’t be back for another season and that Sunday’s episode was indeed the series finale. But now, Entertainment Weekly has just published a story in which Showtime says that no decision has been made over whether the series will come back. TV Guide has since deleted its article.

It seems that the door is definitely open over at Showtime. After all, at the Television Critics Association’s press tour earlier this month, Showtime Networks CEO David Nevins said he was really hoping Cohen would keep the series going.

“I’m dying to bring it back, you know,” Nevins said. “There’ll be a process and I don’t know that I’ll be making any announcements, but, you know, he had me at ‘Hello.’”

So while Season 2 of Who Is America? hasn’t been confirmed, it seems that it will happen if Cohen wants it to. Although the comedian tweeted on Sunday that this was the final episode ever, some fans have speculated that he may just be saying that so that the second season can be filmed undercover.

Who Is America? | Showtime

That’s how Cohen handled things during the first season. One challenge this show presented, of course, was that Cohen was already well-known for pranking famous people by interviewing them as outrageous characters like Borat and Bruno, which only works when the person he’s talking to has no idea they’re being messed with. One would assume this trick would become more difficult to pull off after Cohen becomes so well known that anyone he’s sitting down with would immediately recognize him.

After Bruno, Cohen seemed to leave this prank genre behind him, producing a scripted movie called The Dictator and subsequently focusing on his acting career. But then, earlier this summer, Showtime revealed that Cohen had secretly been making a new Borat-style series for the past year. There had previously been no announcement whatsoever that Cohen was working on any new project, and this presumably was a big help in making sure people did not catch on to what he was up to.

With that in mind, if the general public thought that Cohen was no longer making Who Is America?, it would surely be easier for him to continue fooling people for Season 2, although he’d probably have to introduce entirely new characters for that to ensure he is not recognized. For now, we shouldn’t necessarily expect to see any more Who Is America?, but considering how surprising the release of the original season was, we should never say never.