By now we’re all pretty much up to speed on Camilla Parker Bowles. The Duchess of Cornwall has been married to Prince Charles since 2005, and though her entry into the public eye was rather scandalous, she’s now pretty respected and well-liked. Though the duchess has found her stride in the spotlight, we can’t help but think about her first husband, Andrew Parker Bowles who was also caught up in the firestorm of Prince Charles and Camilla’s extramarital affair.

So who is Andrew Parker Bowles? 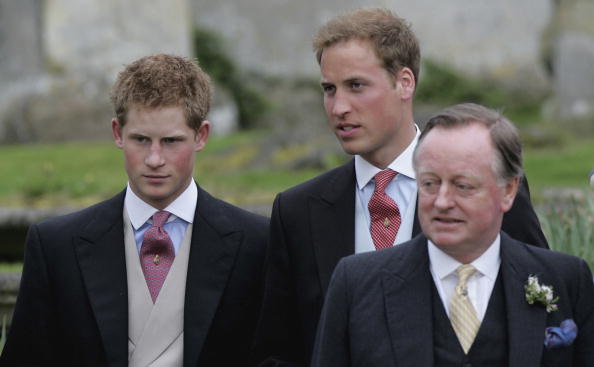 Andrew Parker Bowles was born December 23, 1939, to an upper-class family. His parents were dear friends with Queen Elizabeth II’s mother, Elizabeth Bowes-Lyon, The Queen Mother. After being educated at the Benedictine Ampleforth College and the Royal Military Academy Sandhurst, Parker Bowles entered the military full time until he retired in 1994 with the rank Brigadier under the Royal Military guard.

Andrew Parker Bowles was a player on Prince Charles’ polo team in the 1970s and 1980s, and he even dated the Prince of Wales’ sister, Princess Anne, in the early ’70s. However, his military career did not leave much room for a personal life. Starting in the ’70s, Parker Bowles began dating his future wife, Camilla. However, his long stints away meant they were constantly on-again and off-again. During one of their breakups, the duchess began dating Prince Charles.

However, when the prince was shipped off with the Royal Navy in 1973, Camilla accepted Parker Bowles’ marriage proposal. The duchess knew that the public would never accept her as the princes’ bride, so she figured why not try life with a man she knew. Andrew and Camilla Parker Bowles married in 1973 in a Roman Catholic ceremony. The couple went on to have two children, Tom and Laura.

Princess Diana confronted the duchess about the affair at a party in 1989. She said, “I know what’s going on between you and Charles and I just want you to know that.” The scandal would go public in 1993 when a phone call recorded in 1989, between the prince and the duchess was leaked to the public. In the infamous phone call, now referred to as Camillagate, the duchess tells Prince Charles that she desires him “desperately, desperately, desperately.” The most embarrassing part of the tape was when the prince told the duchess that he wanted to live in her knickers like a tampon.  It was pretty much the final nail in the Parker Bowles’ marriage. Andrew and Camilla divorced in 1995.

Still, it’s nice to know that in their wiser years, Camilla and Andrew Parker Bowles have no hard feelings towards one another. They’ve both shown up at various events to support their children and Andrew and his second wife, Rosemary, attended the duchess and the prince’s 2005 wedding.