This year has been a rollercoaster ride for royal family relationships. While all eyes were on Prince Harry and Meghan Markle’s star-studded wedding (we’re on baby names already!) and Princess Eugenie’s awe-inspiring proposal and subsequent wedding was blowing up on Twitter, another princess was busy finding her a new beau. Princess Beatrice, daughter of Prince Andrew and Sarah Ferguson and sister of Eugenie, has allegedly been going steady with Edoardo Mapelli Mozzi — a handsome multi-million dollar real estate guru with a past. Edoardo Mapelli Mozzi, on the right | @edomapellimozzi via Instagram

It’s safe to say that Edoardo Mapelli Mozzi, known as “Edo” to his friends, isn’t after Beatrice’s money. Edo is the founder and CEO of Banda, a property development firm based out of London, and business has been booming! According to the Banda website, “Edo’s vision and passion for high end design has made Banda one of the most sought after developers in London”

Banda does property development both in the UK and abroad, and, according to E!, he’s made millions from his business development ventures. Color us impressed! He sounds perfect! As long as he doesn’t have any ex-wife issues.

He’s divorced and has a son

Beatrice isn’t Edo’s first love. The Daily Mail recently reported that Edo had recently (and very suddenly) split up with his ex-wife Dara Huang, an American born, Harvard educated architect who runs Design Haus Liberty. And, according to the Mirror, Dara’s mother is “broken to bits” over the breakup. Beatrice herself may still be reeling from her 2016 breakup with long-term partner Dave Clark, an executive for the ridesharing app Uber. Clark himself recently married Lynn Anderson, which makes their breakup more-than-official.

Dara and Edo also shared a son, Christopher “Woolfie” Woolf, which would make Beatrice the first princess in the royal family’s new generation to adopt a step-son. 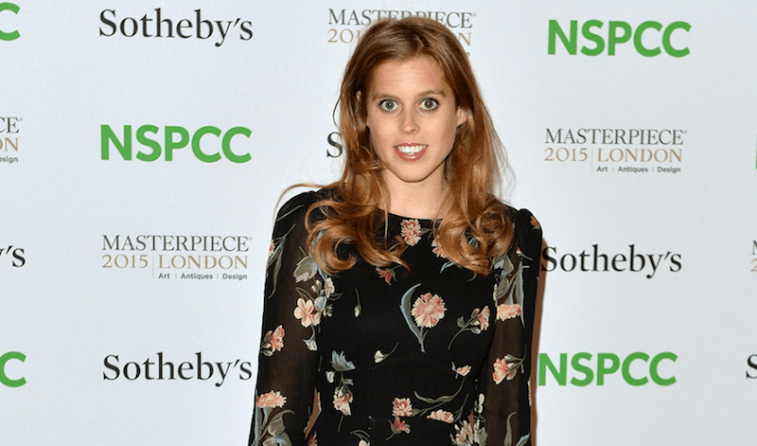 Despite initial reports that Edo and Beatrice recently met, they’ve known each other for years. Edo’s stepfather Christopher Shale, who died of natural causes at the Glastonbury Festival in 2011, was a close friend to Beatrice’s parents, Prince Andrew and Sarah “Fergie” Ferguson. Sources say he even employed Sarah at his firm as a PR consultant before she met Andrew. In fact, Beatrice and her family attended Shale’s wedding in 2011.

Their past may be part of the reason that their relationship is supposedly moving at lightning-fast speeds. According to a source of The Suns, “They’ve been on holiday together and Beatrice introduced him to Fergie and her dad. Things are moving very quickly and it wouldn’t surprise anyone if they got engaged within a short period of time.”

This isn’t the first time that Beatrice has moved fast. Her first boyfriend Paolo Liuzzo, who was convicted of assault and battery, was allegedly going on family ski trips within the first few months of dating. Hopefully, this one turns out much better. Luckily, Edo’s wealth isn’t his only selling point; he’s got a big heart to go along with it.

Besides running a successful development company, Edo also finds the time to run his charity — Cricket Builds Hope. The charity, which originated from an idea Edo’s stepfather Christopher Shale had, teaches men and women in Rwanda to play cricket. According to the website, CBH “harnesses the power of sport to promote reconciliation and tackle deep-seated social issues like gender inequality through specially tailored sessions run by CBH’s cricket coaching team.”

He seems to get along with Fergie

There’s nothing better than staying on the potential future mother-in-law’s good side. Edo follows Fergie on Twitter (along with business accounts and development ventures.) Even better, she follows him back!

While Beatrice may have shown up to her sister Eugenie’s wedding stag, it looks like she’s finally back in the dating world after her 10-year stint with David Clark.