Who Is Jeanine Pirro, the Fox News Host Who Told Whoopi Goldberg She Has ‘Trump Derangement Syndrome’? 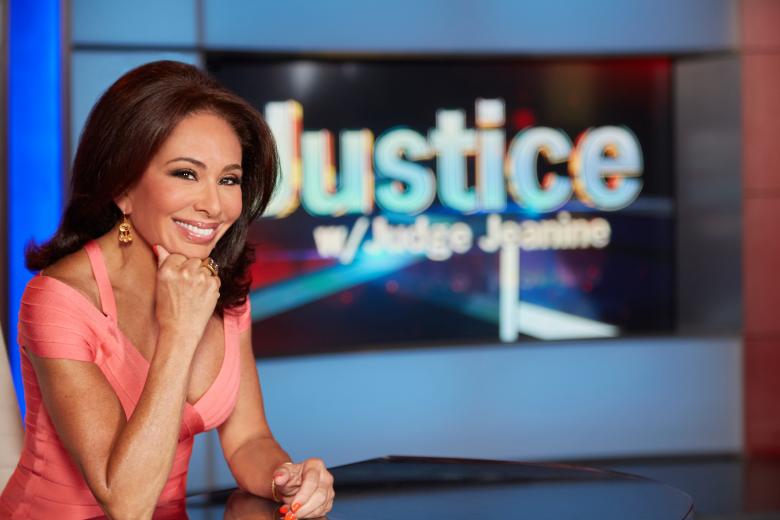 Whether you love it or hate it, Fox News has quite the divided audience — for better or for worse. And host Jeanine Pirro continues to stir the pot when it comes to Trump and the Russia investigation. On an appearance on Fox & Friends, in regards to Trump’s possible collusion with Putin, The Hill reports she most notably said, “I mean come on, snap out of it everybody, the guy is doing what he’s supposed to be doing and that is protecting us.” And her appearance on The View brought about the same raised eyebrows (or, in some cases, approving nods).

Here’s what we know about Jeanine Pirro, including facts on her personal life and her now infamous altercation with Whoopi Goldberg.

You’ve probably seen her on Fox News, but that’s not the only television series she’s known for. Fox News reports she also hosts Justice with Judge Jeanine, which airs on Saturday nights. The show received an Emmy award in 2011.

Before her show on justice, Pirro was an assistant district attorney for Westchester County, New York, which is where her legal career began in 1975. She’s also known as the first female to prosecute murder cases in this county, and by 1990, she obtained status as the first woman to be a Westchester County Court judge. Her most notable work includes helping pass protections for domestic violence victims.

As for her work at Fox, she joined the team in 2006 and now serves as a legal analyst for the network in New York.

Her ex-husband, a notable Republican businessman, was sent to prison

Pirro’s relationship with her now ex-husband has made the news cycles more times than she’d probably like. The New York Times reported in 2000 that Albert J. Pirro was convicted on 34 counts of tax evasion and conspiracy. At the time, the pair had been married for over 20 years, and Albert Pirro was known as a great real estate lawyer, Republican fund-raiser, and a leading dealmaker in Westchester County. And of course, his conviction was damaging to his wife’s career.

Though they weathered that storm, they announced their separation in 2007 after 32 years of marriage, New York Daily News explains. That was after several other very public mishaps, however, which were extremely embarrassing for both of them. It turns out Albert Pirro had an affair with paralegal Jessica Marciano, which resulted in an illegitimate child, Jaclyn Lichtefeld. He had the affair six years into their marriage while on a business trip. And further court documents revealed he also had issues with alcohol and cocaine, says The New York Times.

She was under investigation for attempting to wiretap her husband

It seems her crumbling marriage and her husband’s infidelity got the best of her. She was a candidate for Republican attorney general back in 2006, but the New York Post reports her campaign took a serious blow when Pirro revealed she was under investigation for discussing how she could secretly record her husband with police commissioner Bernard Kerik.

Pirro believed her husband was yet again having sex with another woman on his boat, thus prompting her to angrily state that she wanted to bug it. She insisted that no taping ever occurred, despite her thinking he was having another affair. Either way, she lost funding and back-up for her campaign. She’s been described as sympathetic, despite her flaws through the years

The New York Times reports Anne Kenyon of Chappaqua said back in 2000, “I sympathize with her as a human being. As someone who has tried to juggle work and family, you make choices. She made the wrong one, of course. It doesn’t make it right. It just makes her sympathetic.” And no matter what her views on politics are now, we remember many people in politics feeling bad for Pirro, especially when it came to the hardships her husband put her through.

In one particularly sad moment, Pirro wrote to the judge regarding her husband’s legal issues, saying “‘Al’s indictment, the media frenzy and the conviction have generated significant emotional and physiological pain.” She also wrote how the “investigation” and “financial impact of this ordeal devastated” her family. “This is a scar that cannot and will never heal.”

Though Pirro reached some serious lows, most felt like she’d bounce back. And several years post-divorce, she’s doing better than ever.

Pirro doesn’t support everything Trump says or does, but she took to The View to express her approval of his conversation with Russia’s Vladimir Putin. The Daily Beast reports the conversation turned heated the longer Pirro spoke about Trump, as she even brought Obama into the mix, asking, “And what did Barack Obama do?” This then started the deterioration of everyone’s sanity.

Goldberg served as the moderator for the conversation, and things took a turn when Pirro pointed at her and accused her of having “Trump Derangement Syndrome” due to her liberal comments against the president’s views and values. To that, Goldberg responded with, “Listen, I’m 62 years old. There have been a lot of people in office that I didn’t agree with. But I have never, ever seen anything like this.” She continued to scold her by saying,  “I have never seen anybody whip up such hate. I have never seen anybody be so dismissive.”

Will Pirro’s outspokenness regarding Trump and Putin land her in more hot water in the future? We’ll have to wait and see.