Who is Sterling K. Brown’s Wife? Plus, How They Met and Her Role in ‘This Is Us’

The chemistry between Sterling K. Brown and onscreen wife Susan Kelechi Watson on NBC’s This Is Us is so real it’s almost hard to believe it isn’t.

Offscreen, Brown’s relationship with his real-life sweetheart appears unbreakable. But their love story contains so much drama you might mistake it for its own award-winning show.

Here’s everything you need to know about the couple — including their constantly intertwining careers, how they almost didn’t end up together, and her small role in the show Brown has become best known for. 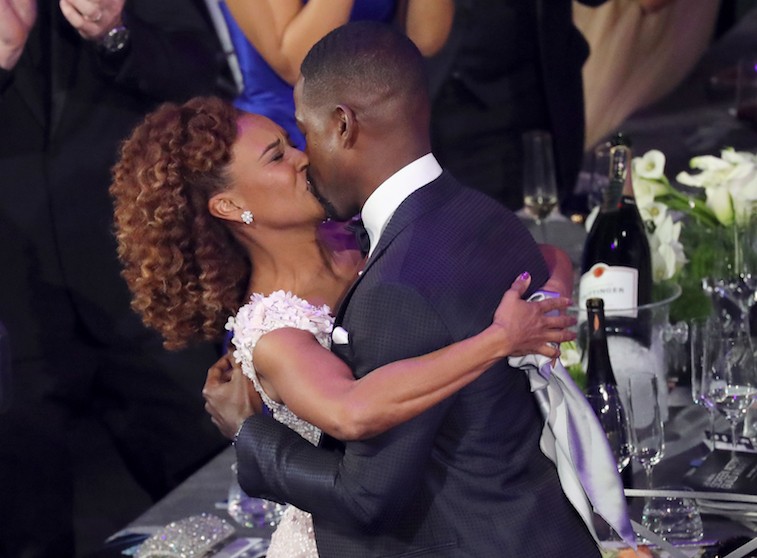 Brown said in his 2018 Screen Actors’ Guild Awards acceptance speech, “I love actors so much, I decided to marry one.” He and Bathe were both aspiring actors when they first met, and it’s possible seeing him audition for a play for the first time may have caught her attention.

Both began their acting careers before they married, and both their careers and relationship have sustained the tests of time.

Bathe played Boston Legal‘s Sara Holt and Trauma‘s Sela Boone. She also played Celeste in Empire in 2018. She also had a brief run in the TV series Army Wives, which Brown starred in before its cancellation. This would not be the last time the two appeared in the same show.

They met in college — and almost didn’t end up together

The couple met in 1998. Both were studying at Stanford University. They acted in plays together throughout college and even lived in the same dorm. Apparently, they started off as friends — she was dating someone else freshman year — and dated on and off all four years.

When they first met, they found out they were both from St. Louis and were born in the same hospital. She was impressed with his acting talent from the very beginning.

At one point, the couple broke up and stayed apart for nearly four years before reuniting for the last time. They got together “for real” in 2004, and married in 2007.

Ryan Michelle Bathe in ‘This Is Us’ 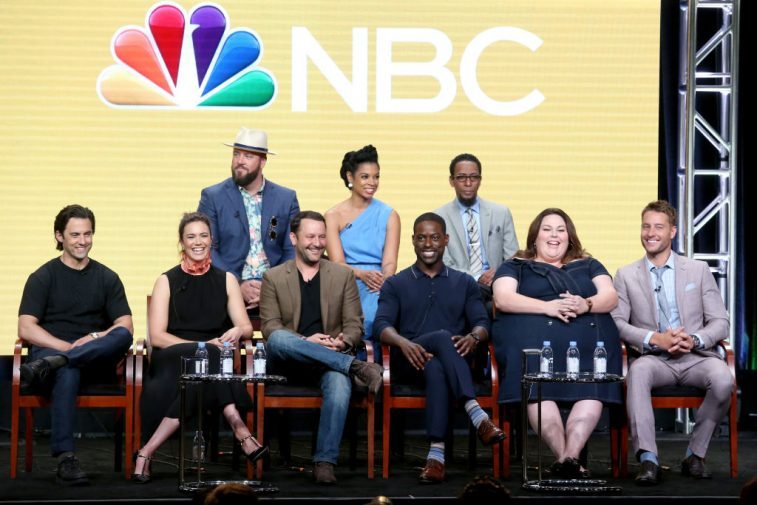 Cast of This Is Us | Frederick M. Brown/Getty Images

As an actor, Ryan Michelle Bathe has had plenty of time in front of the camera apart from her husband. But in 2016, she briefly joined him on one of his biggest projects yet — though not technically face-to-face.

She played the recurring role of Yvette in season one — the mother of one of young Randall’s friends. Her first appearance was in the episode “The Pool,” when her character offers Rebecca (Mandy Moore) advice about her son’s hair.

Though Brown and his wife didn’t share screen time, Yvette, Rebecca, and Jack (Milo Ventimiglia) do become friends. Bathe appeared in several other episodes that season as the same character.

Their relationship may not be perfect — they may have figured out the hard way that they can’t rehearse lines together at work. But these days, it certainly feels like any romantic celebrity relationship that can survive two kids, major fame, and two decades’ worth of ups and downs involves two people who know how to do love right.