Who Is the Busiest Member of the Royal Family?

It’s no secret that Queen Elizabeth II keeps her family members busy with a packed annual schedule of various royal engagements, ceremonies, and family affairs. But, who is the busiest member of the royal family? Find out, ahead. 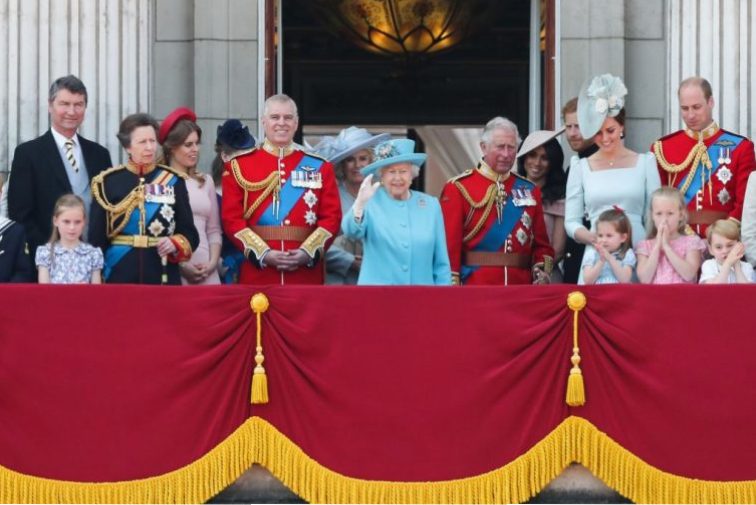 With his party days behind him, Prince Harry has really stepped it up and, in the last few years, contributed to the royal duties more than he ever has before. In 2017, the Duke of Sussex worked over 200 royal engagements. And, in 2018, he worked around 90 days.

As the newest member of the royal family, Meghan Markle worked around 50 days in 2018.

The Duke and Duchess of Cambridge visited RAF Akrotiri in Cyprus today to meet deployed military personnel, who will be apart from their families over the festive period. The day before, Their Royal Highnesses hosted a Christmas Party for families of deployed personnel at Kensington Palace – and today met many of their loved ones serving at RAF Akrotiri. See more of the visit on @KensingtonRoyal

Due to their future roles in the monarchy, Kate Middleton and Prince William moved closer to the family’s headquarters to help out with royal duties. In 2017, Kate Middleton had to take a temporary break from her official work as she had hyperemesis gravidarum, a severe morning sickness. Because of that, she only got to around 105 royal engagements both at home and overseas. Prince William, on the other hand, attended around 170 engagements.

In 2018, Queen Elizabeth’s grandson worked more than he ever has. Prince William allegedly dedicated 120 days to his official royal duties. Kate Middleton was on maternity leave for a portion of the year and, as a result, banked around 50 days in 2018.

Wishing all our followers a very Happy New Year! #newyearsday

Despite being the Queen of England, Queen Elizabeth II is not the busiest royal family member — especially in her old age. At 92-years-old, the queen still attends a decent number of royal engagements. In 2017, Her Majesty allegedly showed face at 296 royal engagements at home in the United Kingdom. She no longer travels abroad for work and instead sends her children or grandsons on her behalf.

From state visits to meetings with diplomats, Queen Elizabeth had a busy 2018, too. She allegedly worked around 120 days last year.

Because the queen is not available for all royal engagements, she relies on her family to help her out. The Duke of York represents his mother at many events throughout the year and, in 2018, worked around 140 days total.

As the future King of England, Prince Charles has a lot on his plate. And, he has the royal schedule to prove it. While he awaits his future role, the Prince of Wales represents his mother at numerous engagements, including ceremonies, State Dinners, and her infamous garden parties. In 2017, Prince Charles was almost the busiest member of the royal family with over 370 engagements in the United Kingdom and over 170 overseas. In 2018, the Prince of Wales worked around 160 days total.

Like his family, the queen’s youngest son, Prince Edward keeps busy with hundreds of royal engagements. In 2018, the Duke of Wessex worked over 170 days.

On Tuesday, The Princess Royal spent the day in Derbyshire where, as President of three different organisations, she marked three anniversaries – The Carer's Trust, Riding for the Disabled Association and a sailing club. The Princess Royal presented rosettes to riders and volunteers, and long-service awards to ponies, Zilka, Taffy, Millie and Sally at Riding for the Disabled Association. The organisation is celebrating 40 years since they were established. HRH also visited the Derbyshire Carer’s Association to celebrate their 30th anniversary. The Princess spoke with young carers, staff members, carers and trustees. The charity offer emotional and practical support for carers. Finally, HRH cut a cake at Toddbrook sailing Club, to mark their 60th anniversary. During the visit The Princess Royal watched a team race and met instructors, supporters and sailors.

Although her brother is the future King of England, Princess Anne actually has a busier schedule than Prince Charles. In fact, the Princess Royal is the busiest member of the royal family. In 2017, Princess Anne attended 540 royal engagements. And, in 2018, she worked over 180 days.

Like many of her family members, Princess Anne attends royal engagements both at home in the United Kingdom and overseas on behalf of the queen. In addition, she is a patron of various charities and organizations and attends engagements on behalf of her personal work.