Who Was the Original Mary Poppins, and When Was the Movie First Released?

A classic film that continues to enchant new generations, Mary Poppins was originally released in 1964 and featured an all-star cast. The movie told the story of a prim and proper nanny who employed magical methods to keep the neglected children of a banker in line. In the process, the Banks family rediscovered the meaning of love and family. The film was a huge hit for Walt Disney studios upon its release and has only continued to grow in popularity since then. With a brand new movie based on the tale due for release on December 18, 2018, it’s time to revisit what makes the original Mary Poppins such a favorite. 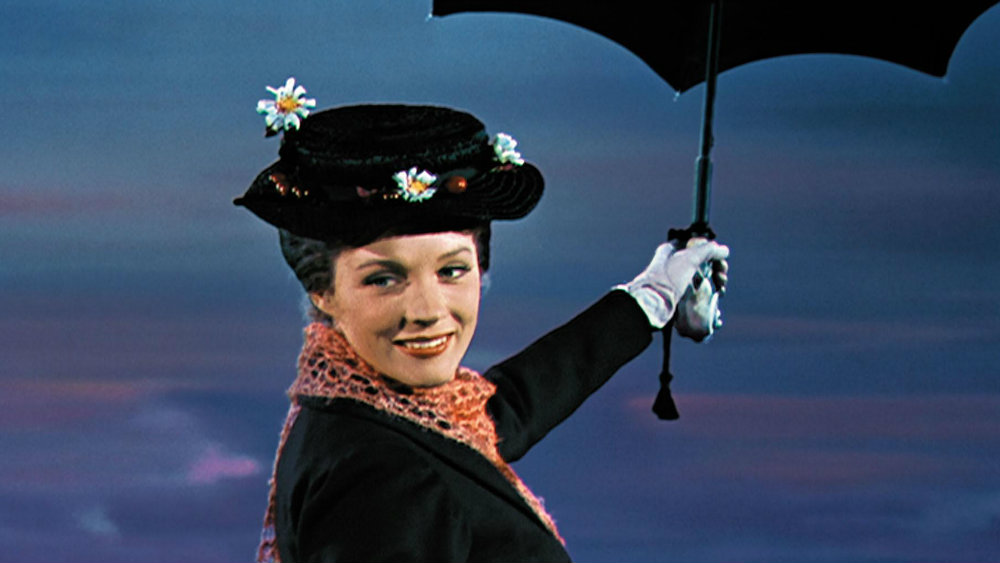 The story of the enchanting English nanny was first told in the book by P.L. Travers, and upon reading it, Walt Disney insisted that it should be a movie. Travers was not so easy to convince and met with Disney many times before finally agreeing to sell the rights to her story to Disney studios so that they could give it a film treatment. However, Travers retained script approval rights the entirety of the production, and butted heads with Disney over many different aspects of the film.

One thing that Travers was decidedly in favor of was the casting of Julie Andrews in the title role. Andrews was already a shining star in Hollywood, with both film and stage experience in her resume. Disney was convinced that she was the perfect Mary Poppins after seeing Andrews in a Broadway production of Camelot. Andrews brought the perfect blend of sweet and stern to the role, and her performance as Mary Poppins has become iconic.

Andrews was surrounded by a cast of fabulous actors in Mary Poppins. Song and dance man Dick Van Dyke was one of the most popular actors of the time, with his breakout role in Bye Bye Birdie that made him a household name. Armed with an exaggerated Cockney accent and his trademark good humor, Van Dyke played the role of Bert, the chimney sweep who earns Mary Poppin’s trust.

Veteran character actor George Tomlinson played the put-upon Mr. Banks, who at the beginning of the film is constantly shoving his children aside in favor of longer work hours and the possibility of bigger promotions. At Mary Poppin’s example, Mr. Banks begins to understand the value of spending quality time with his children, and by the time Mary Poppins takes her memorable, magical trip into the sky, the Banks family is happy and content – though sad to see their beloved nanny move on. Mary Poppins was nominated for a staggering thirteen Academy Awards the year of its release – a record that still stands for Disney studios to this day.

What is the new Mary Poppins movie about?

The holidays are about to get a lot more Mary.

This new film tells the story of the now-grown Banks children, dealing with the struggles and traumas of adulthood. During a time of particular sadness, they find themselves revisited by their old nanny, Mary Poppins. Using her wit, impeccable organizational skills, and a dash of magic, she helps the Banks family find the joy in their lives again.

While Julie Andrews, the original Mary Poppins, will not be returning for a cameo in Mary Poppins Returns, she not only gave her direct stamp of approval to the project, she is apparently a huge fan of star Emily Blunt. In fact, she cites her respect for Emily Blunt as the reason she is not appearing in the film, so as not to take any shine away from Blunt. Fans can revisit the magic and myth of the famous nanny when Mary Poppins Returns hits theaters on December 18th!