Who Was the Zodiac Killer? The New iHeart Podcast ‘Monster’ Investigates

America’s obsession with serial killers is undeniable. But the ones that never got caught? Those criminal masterminds are popular on another level. Maybe it’s because people can’t resist a good mystery.

True crime shows which use these serial killers as subject matter usually have huge followings. The latest podcast from Tenderfoot TV and iHeart Media focuses on this compelling topic and seeks to discover clues about one of the most notorious unsolved serial killer cases of all time. Their new series “Monster: The Zodiac Killer” is guaranteed to keep you on the edge of your seat. 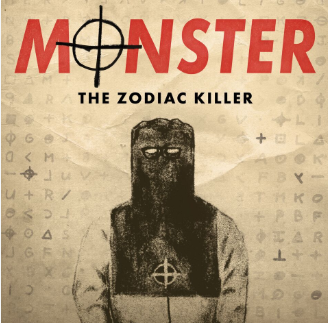 Who is the Zodiac Killer?

The infamous Zodiac Killer hunted and murdered his victims in four Northern California communities between December 1968 and October 1969. This unknown killer was notorious for mocking the police when they failed to catch him by sending taunting and boastful letters. These notes often contained masked clues such as confusing cryptograms that the perpetrator sent to local newspapers in the Bay Area. To this day, only one of these puzzles has ever been solved.

The creepiest thing about the Zodiac Killer? Unlike so many other notorious killers, he never got caught. While he claims to have murdered 37 people over the course of his “career,” only seven of those murders are confirmed. Two people survived the attacks. There are many theories on who the real killer could be and more than 2,500 suspects were named and investigated. Still, the case remains unsolved.

What is the podcast about?

The new podcast based on the crimes attempts to dissect the details of the case and possibly even reveal new information. Constantly reviewing the case could possibly lead to the capture of the Zodiac Killer, if he is still out there. The series is a follow-up to the popular iHeartMedia original called “Atlanta Monster.” That series explored the horrifying Atlanta child murders that took place between 1979-1981.

Matthew Frederick, of “Stuff They Don’t Want You to Know” podcast fame, narrates the new series as they take a deep dive into some little-known details of the case. It’s available now on iTunes or wherever you enjoy podcasts.

Will the Zodiac Killer ever be caught?

While some people believe that the Zodiac Killer is dead, others think he’s still alive and somehow got away with it. And no, Republican Senator Ted Cruz is not the Zodiac Killer, though he does joke about the rumors. The biggest reason Cruz couldn’t possibly be the perp is that he was born in 1970 – a full two years after the murders started.

The case was marked inactive by the SFPD in 2004, but was reopened again in 2007. While resources are mostly allocated to newer cases, the Zodiac Killer case is still open in Napa County and the city of Riverside. This new podcast is one of many documentaries based on the murders.