Fans of HBO’s Game of Thrones will have to wait a few more months to see how the story ends. But those who are looking for something to get excited about while they wait are in luck. The network has just released the full cast for the prequel.

While we don’t have a release date for the show or even a title, we can now do a little speculating about what the series will look like. According to HBO, the show takes place thousands of years before the events of Game of Thrones. And according to the network, “It’s not the story we think we know.”

The show is created by Jane Goldman and Game of Thrones author George R.R. Martin. S.J. Clarkson will direct the pilot. The cast features some big-name stars and some up and coming players. So who are the stars of the unnamed prequel?

Watts is the biggest star in the cast and the first to be revealed to fans. The English actress has quite an impressive resume. She has starred in blockbusters like King Kong, Insurgent, and The Glass Castle. She was nominated for an Academy Award in 2014 for her role in Lo Impossible and in 2004 for her leading role in 21 Grams. Watts also has one Golden Globe nomination, also for Lo Impossible.

The Crimes Of Grindelwald. ⚡️⚡️⚡️

Jamie Campbell Bower was born in London, England. His breakout role came in the way of the 2007 hit, Sweeney Todd: The Demon Barber of Fleet Street. Bower has been a part of some pretty big franchises. He played Caius in the Twilight saga and young Gellert Grindelwald in Harry Potter and the Deathly Hallows: Part 1 and Fantastic Beasts: The Crimes of Grindelwald.

Bowers’ roles have been getting bigger and bigger, but we have a feeling that his spot in the Game of Thrones prequel will make him a household name.

The counterpart to Bower’s young Grindelwald, Regbo played young Albus Dumbledore in Harry Potter and Fantastic Beasts. The 27-year-old, London native starred in Reign from 2013 to 2017 and also appeared in The Last Kingdom. Regbo was nominated for a Teen Choice award in 2014.

The Irish actress has been appearing on TV in the UK since 2004, but it is her stage work that has caught people’s attention. Gough was nominated for a Tony for her performance in the Broadway play, Angels in America. She won an Olivier award for the same role. She has also appeared in Our New Girl, Desire Under the Elms, and People, Places, and Things.

Sharp is another stage alum. The actor won a Tony for the leading role in the Broadway adaptation of the best selling book, The Curious Incident of the Dog in the Nighttime. Off Broadway, Sharp’s credits are limited. In 2017, he appeared in To the Bone and How to Talk to Girls at Parties. In addition to the Game of Thrones prequel, he is also set to appear in The Hustle.

Fans of the Narnia series will likely recognize Henley for her role as the youngest Pevensie sibling, Lucy. Henley appeared in all three installments of the series and also voiced the character in the video game adaptation. She appeared in the TV mini-series, Jane Eyre and will also appear in the mini-series, The Spanish Princess, which is currently in post-production. 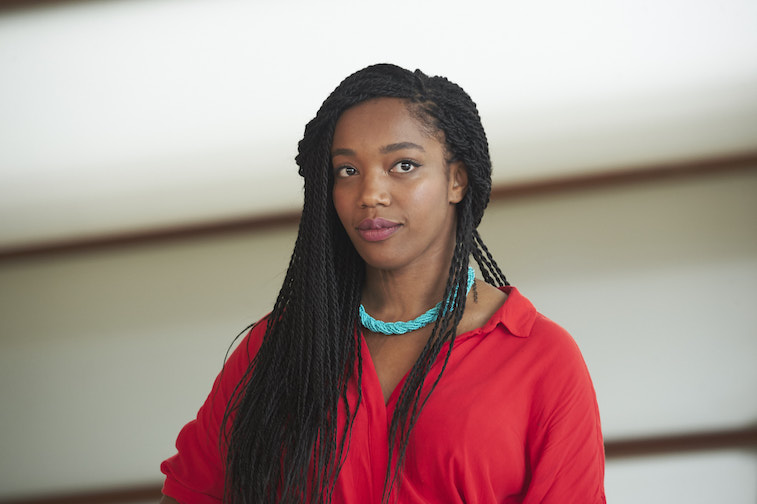 Naomi Ackie won a British Independent Film award for her role in Lady Macbeth as Most Promising Newcomer. In addition to the film, she has appeared in Dr. Who and The Bisexual. She will also appear in the upcoming Star Wars: Episode IX,

Jeremiah’s credits date back to 2011. He first appeared in The Veteran, Since, he has been in the television shows The Jury, The Black Mirror, and Humans. He has also provided voices in the video games Mass Effect: Andromeda and World of Warcraft: Battle for Azeroth.

Atim is another promising newcomer. Her biggest role to date is in the TV series Harlots. She has also appeared in Twelfth Night and Bounty Hunters.