When Sony announced it was developing an action comedy based on 1980s television series 21 Jump Street, no one expected the film to perform well, not alone be as fun and hilarious as it is. The winning chemistry of co-stars Channing Tatum and Jonah Hill — coupled with the wry, self-referential humor of directors Phil Lord and Christopher Miller — led to one of the biggest surprise smashes of 2012. After the equally solid sequel emerged in 2014 (and an end-credits sequence lampooned the idea of endless big-screen adventures for Hill’s Schmidt and Tatum’s Jenko), the Jump Street film franchise appeared to have written itself into a corner. Or so we thought.

During the massive hack Sony experienced in late 2014, we learned that the studio had plans to unite the Jump Street films with its Men in Black franchise. Since then, that story has developed into a more concrete plan, as director James Bobin (The Muppets) was recently reported to be in early talks to helm the film. The untitled cross-over could even begin filming as early as this summer, it was revealed. [Update, 4/13/16: Per EW, Sony has announced the official title of the crossover film: ‘MIB 23’.] But could a film that unites the Jump Street program with the alien-fighting Men in Black actually work? Absolutely.

Since stars Will Smith and Tommy Lee Jones (who last appeared together in 2012 release Men in Black 3) are unlikely to reprise their roles as Agents Jay and Kay for anything more than a cameo, the story would likely see Hill and Tatum headlining and merely involve the world of Men in Black. Provided the film finds the right tone to bring the two franchises together, the prospect of the MiB recruiting Schmidt and Jenko to take down some intergalactic threat is brimming with potential.

Just as 22 Jump Street pokes fun at the inherently repetitive nature of sequels, a Jump Street/Men in Black film could similarly mock the industry’s obsession with shared universes while still adhering to everything fans would imagine they’d see in such an outrageous film. Since the Marvel Cinematic Universe, studios are all scrambling over themselves to create their own interconnected web of big-screen releases, and combining these two Sony-owned franchises does fit in a weird way. 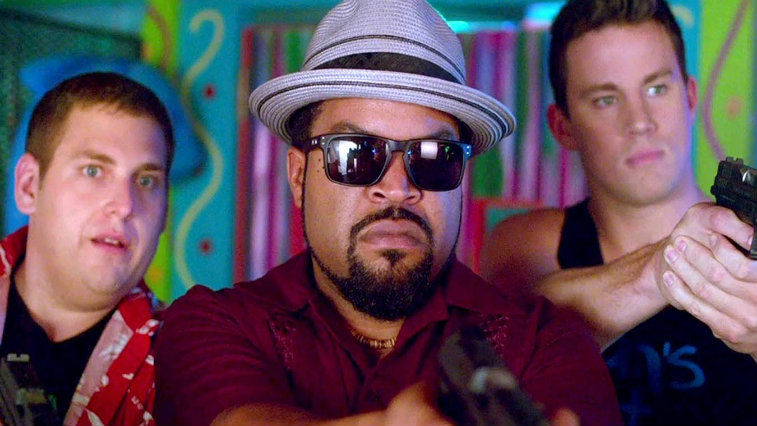 Although the Jump Street films have remained strictly Earth-bound thus far, they have maintained a very loose, anything-goes tone when it comes to the onscreen action, and it’s isn’t as much of a stretch as most moviegoers may think to expand that out to include the possibility of aliens. Moreover, both the Jump Street and Men in Black series center on pairs of crimefighters with complex love/hate relationships that evolve as their respective films progress. At this point, there’s no indication exactly how the film will attempt to bridge the gap between the two franchises or whether such a film will retain the R-rating of the Jump Street films or hew to the more family-friendly tone of the Men in Black series.

To that end, now may be the very best time for Sony to take a chance and deliver an R-rated film that brings together two of the studio’s biggest franchises in as self-referential a way as possible. After all, we’re living in a post-Deadpool world, and that film’s monstrous success ($700 million and counting…) blew the doors open for more outrageous interpretations of franchise filmmaking. MIB 23 seems like a natural extension of that humorous take on universe-building. Just don’t be surprised if Sony-owned Spider-Man pops up at some point. We’re calling it now.