Why Are They Making Two ‘Jungle Book’ Movies? 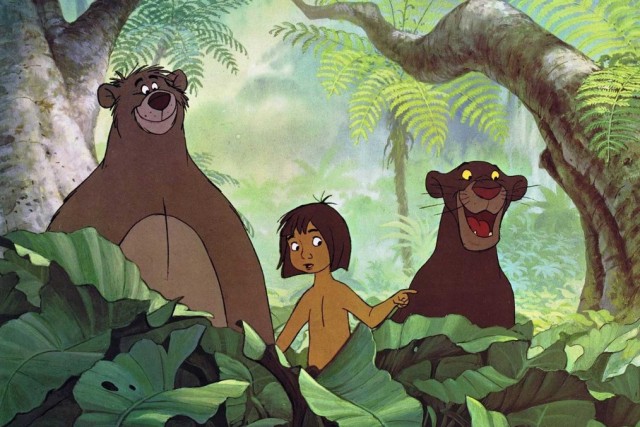 Not one, but two star-studded live-action movies of the Rudyard Kipling short story collection The Jungle Book will come out in the next two years, with Warner Bros. betting that audiences will want to see the exact same story with a different cast just a year after Disney releases its reinterpretation of the tale about a young boy raised by wolves in the jungle.

Disney, which created the famous cartoon version of The Jungle Book in 1967, is beating Warner Bros. to the punch. Disney’s Jungle Book is being directed by Iron Man director Jon Favreau and is set to come out in October of next year. Warner Bros.’ The Jungle Book: Origins is being directed by Andy Serkis and is set for an October 2016 release. Both films feature hugely famous casts for the voice roles of the various animals that interact with the young Mowgli, who is raised by wolves after being orphaned and abandoned in the Indian jungle. Both films will use a mixture of live-action and CGI.

The Warner version recently announced its cast members. Per The Hollywood Reporter, Andy Serkis will voice Baloo the bear as well as direct, Christian Bale will voice the fierce but friendly panther Bagheera, Benedict Cumberbatch will be the villainous tiger Shere Khan, Cate Blanchett will be the python Kaa, and Naomie Harris will Nisha, one of the wolves that raises Mowgli. The boy will be played by the young actor Rohan Chand, who will actually appear in the film. Chand acted alongside Jason Bateman in Bad Words.

As for Disney, Bill Murray will voice Baloo, Ben Kingsley is Bagheera, Christopher Walken is the orangutan King Louie, Scarlett Johansson is Kaa, Lupita Nyong’o is the wolf mother Raksha, and Idris Elba is Shere Khan, according to Deadline. Newcomer Neel Sethi will play Mowgli.

The story behind the scenes as to how both adaptations ended up getting made at the exact same time is unknown, but likely both studios ended up putting down money and decided not to back down from making the film.

The original Disney film deviated from the novel by overlooking the book’s dark tone, but was acclaimed for its great soundtrack, animation, and voice cast. Disney has made a live-action version of The Jungle Book before. The 1994 Rudyard Kipling’s The Jungle Book has John Cleese in it and got decent reviews, with a 92 percent fresh rating on Rotten Tomatoes, though again, Disney was criticized for not sticking close enough to Kipling’s work despite using his name in the title. Whether or not Disney will decide to stick to the source material this time is uncertain at this point.

The whole concept of two movies about basically the same thing coming out around the same time isn’t unheard of, but it’s less than desirable for whichever studio’s film lands the better cast or comes out second. Just this year, there have been two different Hercules movies re-telling the story of the demigod. Dwayne “The Rock” Johnson’s Hercules stole the thunder of The Legend of Hercules starring Twilight’s Kellan Lutz that came out earlier this year. While Hercules isn’t performing spectacularly with the critics or at the box office, it beat its Hercules rival using the star power of the Rock.

Both Jungle Book adaptations have the most top-notch casts any filmmaker could dream of, so Warner Bros. isn’t going to set itself apart by out-casting Disney. The most likely scenario is that The Jungle Book: Origins will try to go dark and edgy, pointedly erasing much of the good, wholesome family fun the Disney animated feature is known for by playing up the darker side of the Kipling stories. Whether that can convince film-goers to pay to see basically the same movie just a year after Disney’s comes out remains to be seen. Given the title, perhaps Warner Bros. should just promote the film as if it’s a sequel to Disney’s and call it a day.