Why Couch Co-Op Games Need to Make a Comeback 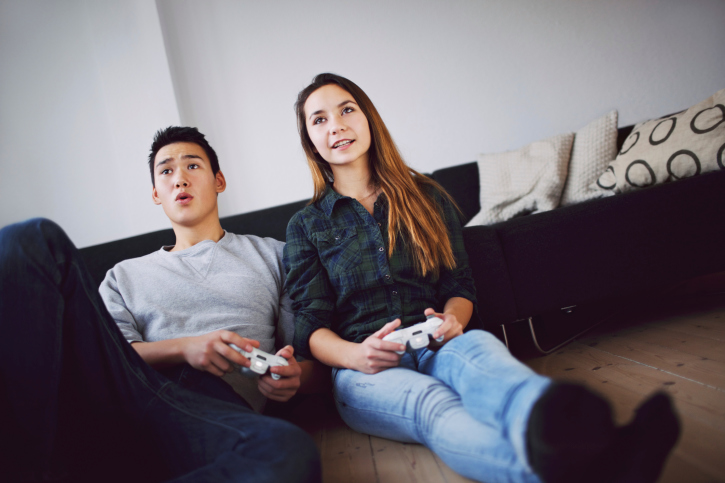 The wheel of innovation turns on. A decade ago we were huddled in dorm rooms and living rooms, shoulder to shoulder with friends, neighbors, and family, running through level after level of Halo.

OK, maybe you played something else or maybe you had a different console, but the point is that 10 years ago we were just beginning to appreciate gaming with our friends and not fighting afterwards, thanks to great, split screen co-op games.

Co-op has become such an important part of the gaming experience that it’s pretty much attached to everything now. The problem is, now it’s through the Internet.

That’s right, you can play with people all over the world. There’s nowhere your friend can be with a controller and not be at your side in the game — except, surprisingly, if he’s in your living room.

Nowadays split screen co-op is a relic — the forgotten add-on that studios justify killing because they can do cooler things with their time. But it’s time they start bringing it back. Here’s why.

Let’s get the sentimental stuff out of the way first: There’s nothing quite like the memories of holidays and weekends spent shoulder to shoulder with your best friends, filling up a living room with a group of people who take turns occupying one of the screen windows. And while competitive modes may still allow that kind of interaction (and trash talking may be fun), there’s no substitute for the high five after a well-guarded room gets cleared out or your buddy lands that crucial shot that saves your butt. We want to keep creating those bonding moments. You should let us, Bungie (we’re looking at you first).

Then there’s the more serious side of the game equation: local hosting. Yes, most of the gaming world is online these days, and it’s been a great boon to the industry to have that kind of network reach, but just because you have the ability to play with someone on the other side of the globe, doesn’t mean you want to — or can afford it. For people who don’t want to buy a $60 game and a monthly or annual subscription, not to mention the internet service package to run games online, it shouldn’t be a “sucks for you” scenario. Give people who want the game a way to enjoy things even if they choose to opt out.

And while we’re at it, this doesn’t have to be a copy-paste format throughout the generations. Smart game makers should start having some fun with the split-screen concept. Think about the first time you saw water droplets collecting on your “view” of a game world, and realized someone was toying with that fourth wall. Well gaming arguably has a fifth wall, and it’s that little line separating player from player in a split-screen arrangement.

We suggest that to save split screen co-op, it might be time to start breaking that fifth wall. Introduce challenge modes where some mischievous program switches the top and bottom randomly to add difficulty. Give players a chance to steal ammunition and guns from their companion’s screen — better yet, let them make choices to be untrustworthy. Allow me to take a clip from my friend’s ammo belt. Let me grab his secondary off his back when I’m out of ammo.

The biggest point here is that split screen co-op shouldn’t be a separate feature: It should be inclusive. We want to play two hours at our friend’s house, go home, and pick up where we left off. I sign into my account to play older games with friends on their consoles, but unless we complete the whole thing in one sitting, most of that effort is conceivably wasted if I don’t see him for a month, and he has to overwrite it to play with another friend.

The point of all these profiles, networks, and friends was to build gaming relationships and show people’s connections and shared achievements. But if you keep gamers separated in order to bond, you’re creating a limited universe for that experience. I don’t want to choose between a beer with my friend and an ambitious legendary run. I want to do both, and sometimes at the same time. Hopefully the next generation of games and consoles will be better at supporting that.