Why Were Fewer People Hungry for ‘The Hunger Games: Mockingjay’? 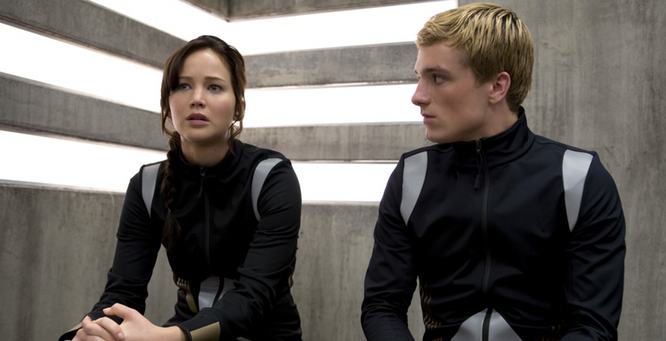 The Hunger Games: Mockingjay – Part 1 opened this weekend to make the biggest box office weekend of the year, but it still came in below the sky-high expectations that had been set for the film. Some had been hoping that the latest Hunger Games would be the 2014 box office savior after a dismal year in which people just have not gone to the movies as much. But even though the movie outperformed everything else this year, it doesn’t look like it will bring 2014 up to where last year’s box office take was.

Mockingjay – Part 1 made $124 million during its opening weekend, which is the biggest opening of 2014, according to Deadline. The movie outperformed Transformers: Age of Extinction by more than 20% and is on track to join Guardians of the Galaxy as the second movie of the year to gross $300 million worldwide. International box office figures are strong, and the film still has two holidays to play through. Many are saying this should not be viewed as a disappointment.

Still, it can be difficult not to see it as a disappointment when the third installment in a massive franchise grosses less in its opening than its two predecessors. Typically, as franchises continue, their sequels make more money, thus the reason Mockingjay – Part 1 had been expected to clear the marks of Hunger Games and Catching Fire.

Deadline said the low-end expectations for the movie’s opening weekend were around $140 million. Missing that expectation has caused stock in studio Lionsgate to drop, and some are even questioning whether audiences have lost interest in The Hunger Games. That’s a bit of an overreaction, though, as there are several possible factors contributing to why Mockingjay – Part 1 didn’t outperform the first two films.

One reason could be the timing. With the upcoming holiday weekend, people could just be waiting to go to the movies until they have time off from work, they’re with their families, or they need a break from Black Friday shopping. Another reason people avoided the film could be the trend of breaking a franchise finale into two movies, which was also done with Harry Potter and Twilight.

This results in a first film that contains a lot of exposition and building toward the action and grand finale of the second and final movie. Critics said that the movie has solid performances and does a good job of setting up what’s to come in the next film but lacks action, with it scoring an all right 66% on review aggregator Rotten Tomatoes. Some people might have caught on to this trend by now and have just chosen to wait for Part 2.

Overall, people have been going to the movies much less this year. A study released by The Hollywood Reporter at the end of the summer found that the year-to-date box office was down 5.6% versus 2013, and the summer 2014 box office take was a whopping 15% below summer 2013. Franchises that normally are guaranteed hits failed to meet expectations. This year had a weekend that was the worst the box office has seen since right after the September 11, 2001, terrorist attacks.

Facing such a climate, it would be difficult for Mockingjay – Part 1 to meet the lofty expectations that were set for it. At the end of the summer, analysts said that only a huge hit would bring 2014 up to finish close to level with 2013, and Mockingjay was cited as one of the films capable of such a feat. There’s no denying the movie will be near the top of the list of moneymakers this year, but Katniss and friends can’t save the box office as well as Panem.