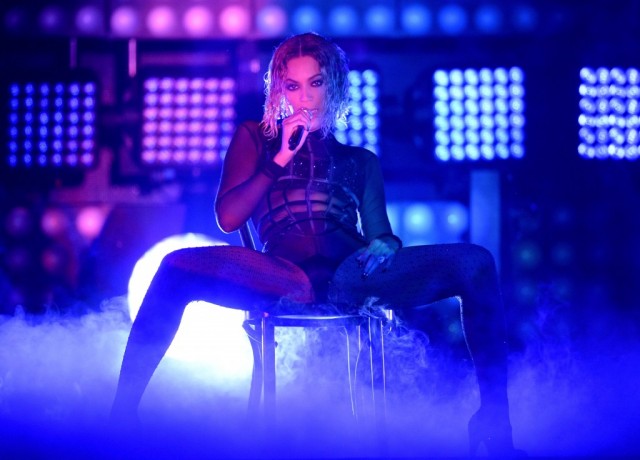 With the announcement of the Grammy nominees this year Beyoncé surpassed Dolly Parton to become the most nominated woman in Grammy history, according to Billboard, but that doesn’t mean she got what she deserved from the 2014 nominations.

Her surprise self-titled album, dropped late last year with no promotion, received massive critical acclaim and huge popular success, but for some reason the Grammys decided to relegate Beyoncé to the Urban Contemporary and R&B categories and leave the record and singles like “Drunk in Love” and “Pretty Hurts” out of the many other categories where Bey deserved to be nominated. Beyoncé as a record was only nominated for best Urban Contemporary Album and the duet with husband Jay Z “Drunk in Love” received nods for Best R&B Performance and Best R&B Song.

Mostly the omission is weird. The Grammys are basically a musical popularity contest and when it comes to popularity, Beyoncé tends to reign supreme. It’s a running joke that almost no one doesn’t like her. Her latest album sold 617,000 copies during its first week on sale after it dropped with no promotion whatsoever and the music videos she made for every song racked up the hits on YouTube. Those sales gave Beyoncé her fifth No. 1 album and made her the first woman to reach that achievement, according to Billboard. Released through an exclusive deal with iTunes, the visual album was the fastest-selling ever on the iTunes Store, Apple announced at the time.

Critics also fawned over the album, which was considered by many to be Beyoncé’s most daring and best effort yet. “Beyoncé has delivered countless surprises in her 15 years on top of the music world, but she’s never dropped a bombshell like this… The whole project is a celebration of the Beyoncé Philosophy, which basically boils down to the fact that Beyoncé can do anything the hell she wants to,” said Rolling Stone critic Rob Sheffield. Beyoncé has an 85 Metascore on Metacritic, indicating universal acclaim from critics.

Given that the record was released almost a year ago, it’s conceivable that it wasn’t as fresh as other things on the Grammys’ plate. But the awards ceremony looks at the time frame of October 1, 2013 to September 30, 2014 and Beyoncé just released a beefed-up edition of the record titled Beyoncé: Platinum Edition in time for the holidays that’s gotten increased attention for the bonus tracks. The new song “7/11″ with its selfie-inspired video has gotten almost 2 million views after debuting just before Thanksgiving and has induced fans to rabidly hunt for Bey’s Christmas sweaters worn in the video. Given that new attention, there really was no reason for the Grammys to ignore the record.

Grammy’s Album of the Year nominees have yet to be announced, with the Grammys and CBS saving the biggest award category to be revealed during a primetime special airing on the network tonight from 9-10 p.m. EST. Perhaps they’ll rightfully name Beyoncé among the best albums that came out last year, though given her absence in the other big categories an Album of the Year nod looks uncertain.