Former First Lady Michelle Obama was a majestic figure in the White House during former President Barack Obama’s two terms as Commander-in-Chief of the United States. The Princeton alum and former lawyer worked tirelessly for children and women’s rights and yet, she was scrutinized at every turn for everything from the color of her skin to the outfits that she chose to wear. Now, in her new memoir Becoming, Mrs. Obama is revealing what it was really like on those grueling election trails and why she didn’t think Barack Obama would ever win the election. 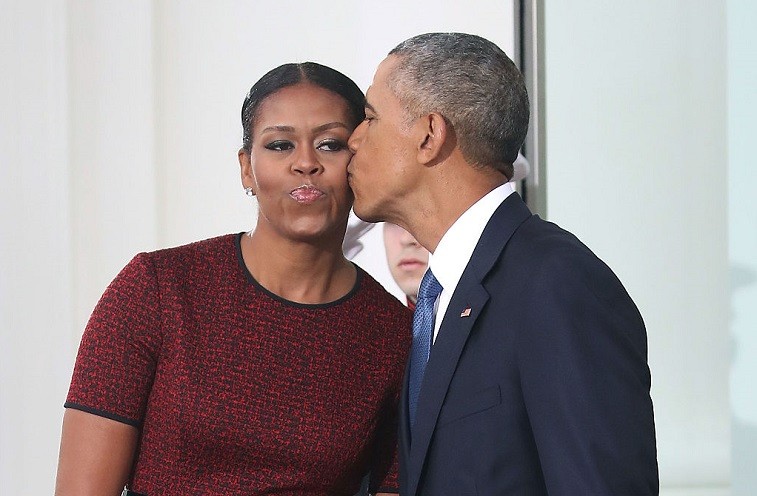 President Barack Obama gives a kiss to his wife first lady Michelle Obama before the arrival of President-elect Donald Trump and his wife Melania Trump, at the White House on January 20, 2017 in Washington, DC.| Mark Wilson/Getty Images

The most painful secret

In Becoming, Mrs. Obama shares a lot of personal experiences that she has managed to keep hidden for years. She spoke candidly about her struggles with infertility, revealing a miscarriage and the fact that she conceived her two daughters Sasha and Malia through In vitro fertilization (IVF). However, her most painful secret was the fact that she never thought her husband could become president in the first place.

It’s clear now, especially in the midst of our current administration that issues of race are not going away. The current president has fostered an environment where racism is praised, and minorities and people of color are being terrorized and murdered as a result. This type of rhetoric was all too familiar to Mrs. Obama even before her husband began his bid for the White House.

When the former president first came to her about campaigning for the presidency, Mrs. Obama reluctantly gave him her blessing. Though she knew he would make a great president, she was wary of the spotlight and what it would do to her family and her marriage. She explained to Good Morning America’s Robin Roberts, “at the same time harboring a painful thought: Barack was a black man in America, after all. I didn’t really think he could win.”

It shocked her just as much as any person of color who lives in a world full of bigotry and hatred, that just one generation out of Jim Crow — Barack Obama won the presidency.

Even when her husband took office, Mrs. Obama who was a successful lawyer and executive well before becoming the first lady struggled with feelings of inadequacy. She told Roberts, “Being the first Black anything is gonna be hard. I knew, as the first black first lady, I couldn’t presume anything … I’d have to earn my grace.”

However, the former first lady recalled the tools that she’d learned growing up in a working-class family on the South Side of Chicago when it came to handling the spotlight and still having a voice. She explained to Roberts, ” My parents, from a very early age, encouraged us to put our opinions on the table, to ask questions, to question the context of situations. You could speak your mind, but you had to be respectful, you know? And if you got outta hand … you’d get a spanking.”

Michelle Obama’s book Becoming will be published on Tuesday, Nov. 13.