Why Disney Pulled the Plug On ‘Tron 3′ 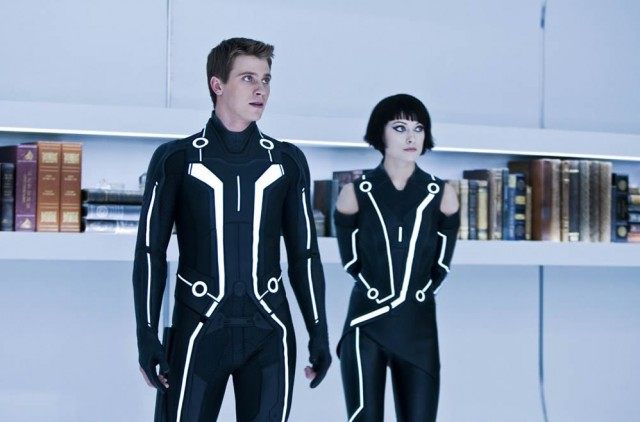 Tron 3 won’t be hitting theaters as once expected. According to The Hollywood Reporter, Disney has decided not to move forward with the planned third installment of the sci-fi film franchise.

Though Tron 3 was reportedly never actually officially greenlit, Disney has long since been thought to be developing the sequel. In fact, the project seemed to be moving forward as recently as early this spring, when reports surfaced that Tron: Legacy director Joseph Kosinski would be returning to helm the film. Stars Olivia Wilde and Garrett Hedlund were also rumored to be reprising their roles as well and Disney was allegedly interested in adding Jared Leto to the cast, although formal talks or an offer never occurred. With prep for a third Tron movie already started, it seemed the project was assumed all but officially a go. But the studio has since changed its mind, as THR just confirmed.

While reasoning for the cancellation hasn’t been revealed, it’s no secret that Disney hasn’t had much luck at launching semi-original blockbusters recently. Marvel and LucasFilm properties have obviously been hugely profitable for the company, as have it’s live action-fairy tale adaptations like last year’s Maleficent and third year’s Cinderella (both of which were huge commercial successes). But the studio has also had several big bets fail to pay off over the last several years. 2012’s John Carter cost over $263 million to make and only made $284 million worldwide. 2013’s The Lone Ranger had a budget of $225 million and grossed $260.5 million worldwide. Most recently, Tomorrowland underperformed at the box office, with a $33 million domestic debut. Given the timing of the news, it’s no surprise why some are wondering whether Tomorrowland’s failure is what’s caused Disney to back off the sci-fi oriented Tron 3.

While the disappointing reception for Tomorrowland likely didn’t help matters, there’s plenty of reason to believe that the studio didn’t have much confidence in another Tron film since long before the George Clooney vehicle premiered. Tron: Legacy had a reported budget of $170 million budget and cost an additional $150 million for worldwide marketing, leading to a total cost of $320 million. Despite the heavy costs, the film landed soft in its 2010 premiere, eventually going on to gross $400 million worldwide – a relatively healthy revenue, but definitely not the return that Disney was hoping to get.

There’s also the matter of the actors at the heart of the film. While Wilde is well known, Hedlund hasn’t been able to establish himself as a bankable leading man over the last five years, meaning the studio can’t count on him to garner big interest. Adding an A-list name, like the Oscar-winning Leto to the cast (as Disney was initially considering doing) would’ve created buzz, but only to a certain extent.

Given these factors (not to mention, the fact the domestic box office isn’t doing so well overall), it’s not a shocker that the studio would make the prudent choice and decide against pursuing Tron 3. Instead, it’s focusing on safer bets – including the future Star Wars films, an Alice in Wonderland sequel, another Pirates of the Caribbean installment, two big animated sequels in Finding Dory and Toy Story 4, and of course, plenty more live-action adaptations of classic kids stories, like Jungle Book and Beauty and the Beast.