Why Do We Watch Shows That Kill Beloved Characters?

Of all the shows on TV right now, it’s hard to ignore that two of the most popular series are Game of Thrones and The Walking Dead. Both shows share a propensity for gratuitous violence, solid character stories, and an abject cruelty toward their most-loved characters. Neither show has gone through a season without a major character death, and more often than not it’s usually more than one. Despite this, however, we continue to tune in every week, unable to pull ourselves away from the carnage.

Why is it that we can’t bring ourselves to quit? Logically, a show that consistently loses its strongest characters shouldn’t last the way Game of Thrones and The Walking Dead have. And yet in the end, all it serves to do is keep us around for longer. It’s certainly not because we enjoy the death, which leaves us wondering why we insist on tuning in every week. The answer to all these questions exists thanks to basic storytelling structure, and is a practice as old as the medium itself.

In order to understand the structure, first we have to understand what it is that makes a show exciting. For action and adventure series, it’s important that we, as viewers, always know what the stakes are. If the stakes aren’t high enough, it takes away from the suspense. A show like Arrow makes a habit of bringing any and all of its characters back from the dead; as a result we rarely fear for our heroes. Conversely, Game of Thrones has proven time and again that death is an all-too-real occurrence, and as such we’re constantly in suspense during major conflicts. 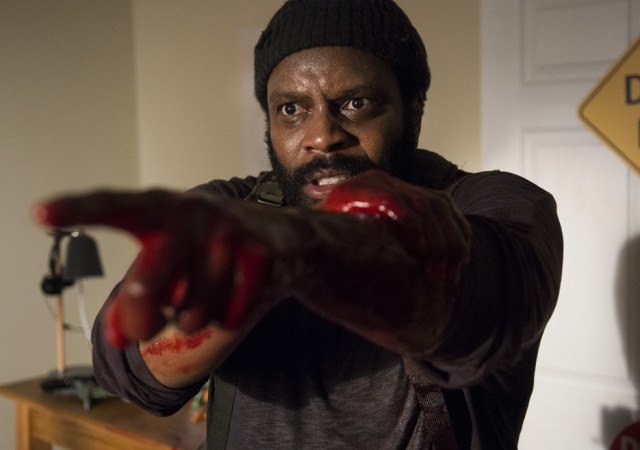 The Walking Dead functions the same way: Regular character deaths keep the stakes high and the suspense real. But it’s not simply those factors that make it such an effective device for storytelling. More often than not, a major character biting the dust acts as a key turning point in a show’s narrative, opening a whole new set of problems for our remaining heroes to tackle. When you know someone is gone for good, the show irrevocably shifts in another direction, giving us a brand-new story to take in.

It seems counterintuitive that two of TV’s most popular shows would be the ones that inflict the most suffering upon their respective audiences. But this hasn’t slowed their growth one bit. A lot of that can be attributed to expertly told stories, and deaths that make sense in the greater narrative. Every death serves a purpose, and the shows that inflict fatality without an eye toward this are the ones that viewers eventually get sick of.

In the end, it comes down to a trust that both The Walking Dead and Game of Thrones have built with their audiences. When we see a gruesome death of a major character, we feel comfortable in knowing that it was the best possible thing for the show’s narrative. As long as both series keep delivering on that promise, they’ll keep their core viewers in place for the long run. If and when they start indiscriminately offing characters though, that will be the day they start to lose their fans. Until that day comes though, we’re left to lament over the passing of our favorite heroes.