Why Does Spielberg Want the Coen Brothers for This Tom Hanks Flick? 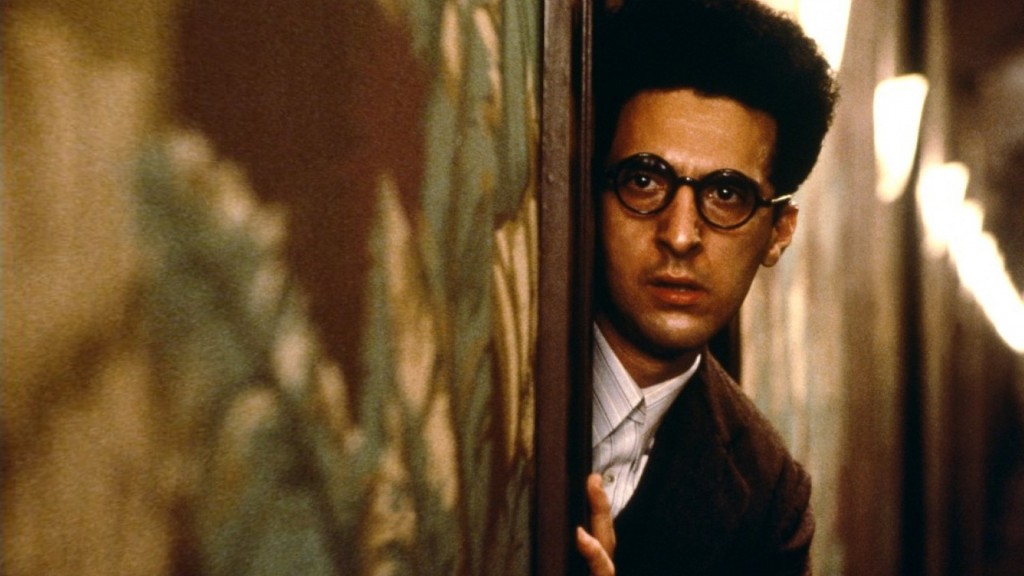 The Coens’ films are propelled by a singular kind of weirdness. A touch of David Lynch courses through the veins of Raising Arizona and Barton Fink – the ethereal man on the motorcycle who shoots bunnies in Arizona could have been a character in Wild at Heart. John Goodman’s devilish revelation near the end of the increasingly surreal masterpiece feels like something out of Twin Peaks‘ second season (the first half before the big reveal.) But the syncopated dialog and deadpan comedy that accompanies the perpetuating cycle of viciousness and violence looks, sounds, and feels like nothing else. Even when they’re riffing on Chandler (The Big Lebowski) or adapting a tense and stoic novel by Cormac McCarthy (No Country for Old Men), the Coen Brothers exclusively make Coen Brothers films.

This is why the idea of them penning a screenplay for Steven Spielberg seems so odd — and not the same kind of odd they specialize in. Not surreal odd, but illogical odd. Odd for both parties.

According to The Hollywood Reporter, “Joel and Ethan Coen have come on board to pen a draft of the screenplay that tells the true story of James Donovan, an attorney who was thrust into the center of the Cold War when he negotiated with the KGB for the release of downed U-2 spy plane pilot Gary Powers.”

The story the Coens are re-writing was originally penned by Matt Charman.

The Coens have written scripts for other directors before: an ultra-low budget Sam Raimi comedy called Crimewave that came out in the mid ’80s is worth seeking out if you’re a big Coen or Raimi fan, and they penned the upcoming Angelina Jolie war drama Unbroken. But the idea of the Coens writing for a different director is like Quentin Tarantino writing for a different director, which he swore he’d never do again after Oliver Stone’s Natural Born Killers.

The Coens have a distinct style of directing that works in tandem with their writing. The trailer for Jolie’s Unbroken looks incredibly bland and indistinct. The Coens have a manic energy to them; John Goodman is probably the best example of an actor who acts as a living conduit for the Coens’ style; Goodman, John Turturro, Jeff Bridges, Steve Buscemi, and Tom Hanks (though he’s in one of their worst films) have all been used to manifest that energy into something perceivable and empathetic — characters portraying caricatures, unbelievable in anything other than the entwined world crafted by the Coens, where good and bad are nebulous notions that never turn out how they’re supposed to.

Steven Spielberg, one of the most important filmmakers in American history, also has a distinct feeling to his films. He created the first — and still the best — summer blockbuster with Jaws in 1975, and set the standard for escapism. Since then, Spielberg has become the most accessible and fun auteur in film history, with only Hitchcock rivaling him. You know a Spielberg film when you see it: the careful but un-showy compositions, the John Williams score, the reaction shots of people staring mesmerized at something off screen, the magic, the daddy issues, the soft streams of light spilling through windows and doorways like rolls of gauze.

Spielberg doesn’t write his own films (neither did Hitchcock), but he turns whatever he’s given into a Spielberg film, even when he shouldn’t. Look at A.I., a film that was intended as a Kubrick vehicle: it’s a cold, cerebral, dark film that still bears Spielberg’s fingerprints, which work against the film. Or the superb Minority Report, in which Spielberg usurps and subverts his own tropes (does anyone actually think that painfully happy ending isn’t a dream?) and turns a Philip K. Dick story into a Spielberg film.

What would Spielberg do with a Coen Brothers screenplay? How would a Coens character look if he was told to stare awe-struck off screen? Coens characters don’t do that. Spielberg would turn a Coens script into a Spielberg film. Spielberg’s best films use simple, efficient dialog (is there a wasted word in Jaws or E.T.?) and are pervaded by family friendly humor, even when they involve melting Nazis (Raiders of the Lost Ark.) Coen Brothers films are stylistically verbose and gaudy and unsubtle — dramatic slapstick, in a sense. Lines are spit like machine gun fire, whereas Spielberg’s films slow down so viewers don’t miss anything.

Maybe the film, should it get made, will be amazing. Maybe it will be a new style for Spielberg, the way Schindler’s List was or Saving Private Ryan, the two least Spielbergian films in the director’s oeuvre. It will be an interesting experiment either way. Two of the greatest filmmakers (if we count the Coens as one entity) working together could be awesome, like when Al Pacino finally met Robert De Niro in Heat. Or it could be awkward and awful, like when Al Pacino met Robert De Niro in Righteous Kill. Hopefully the former.